A steaming cup of milky sweet tea and (more than) a couple of namkeen kharis on the side- sums up pretty much the oxymoron of how indulgent even the most simplistic of love affairs can be!

Tea with biscuits is an universal phenomenon indeed but perhaps nowhere else than the Indian table of serving does this emerge as an emotion of unexpectedly exquisite essence. Chai- biskut sums up our every evening without fail and for quite some of us, it sums also as essentially the desire of our entire existence. And while we ain’t denying the appeal rested still in the cloying sensation of a sweet some serving of biscuits to pair with a sweeter even chai, there’s indeed a different taste altogether dwelling in the flaky, buttery richness of a savoury- even spicy probably khari biscuit demanding thus a devoted discourse for its own deliciousness.

Despite the larger Indian appreciation though, kharis aren’t exactly alluding to this specific identity. The nationality of identity through which these delightfully flaky biscuits of a whole snack in itself kind of claim comes to assert is rather global, but inextricably linked indeed with the Indian incidence in indulgence. To be fair rather, this is a decadence wafting out of the Iranian kitchen- the iconic Irani cafes to be exact, conjuring up thus nostalgic realisations of a different- read specific- character. Because while the puff pastry itself dimension of defining might be one of French deciphering, the now ‘intensively Indian instinct’ of kharis being a favorite in general and a tea time specialty in particular would not have come to be if it weren’t for the Iranis making their entry into India.

The khari biscuits or kharis of which we are so eloquent in waxing, even when the slippery, buttery deliciousness of them is such that makes it hard indeed to do anything but lose oneself to their divine mouthfeel, would come to dictate in much welcomingness the ultimate Indian experience on the basis of a not so favourable history. A definite feature in the cuisine of Irani Zoroastrians who were forced to flee to India from their country of residing in fear of facing religious persecution were these now staple fares that found favour on the finesse indeed of their flavour.

Offered as the mainstay of the Irani cafes that stemmed out of this very migrant population, khari biscuits proved to be as uniquely divine in their assertion as many of the other characteristic Irani offerings of flaky as well pattices and the profusely buttery being of classic again teatime accompaniments like bun maskas.

And why wouldn’t they be indeed? Bite into the a bit messy but more than worthwhile flaky experience of these laborious rather bakes of lip smacking goodness and the prominence of their popularity becomes instantly apparent. Crisp and crunchy, even when boasting of an ultimate melt-in-the-mouth texture- and getting right as well this perfect balance of what might be commonplace but no less remarkable a profile for bakes to find ultimate access to in all glory, kharis are no less than a bite of heaven. Consider as well the versatility of them, that lets them be as scrumptious in their plain bake as they are as more specialised puffs out of the oven, and bakeries all over the nation possess an armor potent in their eternal power of conducting business by ruling over all cravings for taste.

Of course, it is no surprise that kharis do not fail to stand up to their reputation with or without the cuppa by their side. And so while one might delight in the ‘din’ of their every crunchy bite, there will always be another swearing instead by the softness they assume through that tea time routine of dunking. Not to forget the even greater majority of those deciphering divinity in any and every aspect and ‘approach’ of their indulging and kharis are the utmost connotation of what comfort food most certainly is.

It is irony pervading the layers indeed that kharis predominantly please the palate on account of its subtler play with flavors. Even with the supposedly ‘spiced’ variants of the biscuit- with everything from specific ajwain and jeera identities to the wholly masala flavored ones, as well as the ‘gourmet’ perhaps inclination in cheese flavor or for that matter the health quotient seemingly attended to in methi workings into the dough, these are always lowkey in their assertion. The same cannot be said though of the taste, that which enthuses the taste buds with ooze of every desired flavor in just the optimum inducing of their essence.

The assertiver versions of the plain khari- which by the way is never plain in all their generous dousing and boasting of butter, is equally sumptuous in its maska khari rendition. With a range so wide in defining of the delightful play occurring across its every layer in unique distinction, there exists consensus indeed on why kharis might be the humblest entitlement in indulgence ever.

Of course not so humble would khari reveal itself to be in its count of the calories embedded deep in every layer of its construction. Buttered to the core of its very essence as a puff pastry- perhaps a bit even more in its Indian identity quintessentially inclined to all such dollops of deliciousness, these are some of the most fattening snacks that we relish mindlessly. Even within their classification as biscuits, kharis are again one of the unhealthiest ever which might be quite a revelation in our taking to them with immense pride of traditionality. For what one should know however, khari biscuits can comfortably overtake even some of the modern day commericalised mass bakes in terms of the health threats they harbor in maintaining the standards of an authenticity chased after.

Do away however with some amount of originality and there are ounces of goodness that can be incorporated into the biscuit dough. Replacing the main ingredient of maida with whole wheat flour for instance can be the most popular measure. But given how the essence of kharis emerge as being a puff pastry ‘masquerading’ as biscuit and there really is no viable provision for butter to not do its smooth gliding spread across the sheets that make them up. For once you give up indeed this aspect of the fat what will have to try a bit too harder to tickle your taste buds might not even occur as khari after all. Which means that the trade-off prospect that manifests might not be so conducive, making the famed kharis reside in quite some disfame in the modern expanse of additional conscience.

Even then though, khari manages to rule over the hearts of our Indian identity a bit too steeped in the peculiar feel of nostalgic emotion encountered upon the travails of specific some sensation of the senses. Which means that we would inevitably end up finding for ourselves a way for teatime indulgences, with or without any accompanying exercise in offsetting that invite into doom. And kharis in particular happen to be such a spot-on chai enhancer through treading of that inexplicable terrain of the most indulgent savoury- sweet taste that one would choose to neglect the threat of its otherwise existence.

By very ‘definition’ khari brings upon itself the goodness of that classic combination. Khari literally means salty and is therefore an instant giveaway of the enduring appeal rested in its delicious flakiness. Kharis however can assert as sweeter bites as well, through tweaks and twists upon its essentialness. They can even be stuffed with jam in between their layers. making for quite a serving of dessert in itself. The avenues in experimentation are open for savoury explorations too beyond the ordinary occurring of them as variants. Stuffed kharis make for a convenient way to eat up even meal components of preparing- even when their intention of attending is not even indicative of the ‘wholesomeness’ at its slightest.

Absolutely alluring, beautifully buttery, ‘conveniently’ crumbly, delightfully delicious- the layers can unfold indeed in the ABCDs and continuing celebration of the khari, that’s just how ‘complete’ a something that this curation upon the culinary course stems as. This journey from upon the not exactly wishful advances of the Irani Zoroastrians to India evolving through the times to emerge as the Parsi assertion of the khari pur ni biscot (light flaky, salt biscuits) and assuming therefore a charmingly common character as the ubiquitous khari of an essentially Indian doing has continued to remain fresh as ever in its relevance.

There’s no mistaking the waft of what emanates from a warm still batch of these golden glories straight out of the good ol’ bakery, made to stand up to that reputation in crispiness and crunchiness and crumbliness even when dispatched all over in attempting to attend to the crazy occurring of the pan Indian cravings for something to pair up their countless cup of teas with- specifically milky and sweet concoctions in this case so that true appreciation follows for a classic chunk of the biscuit that is definitely not ambiguous to merge in also within the often interchangeably asserting confines of a cookie claim, maintaining all throughout, deep down to its every layer the true measure of what brews up the larger Indian experience as a khari inclined, tea infused identity. 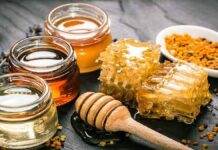 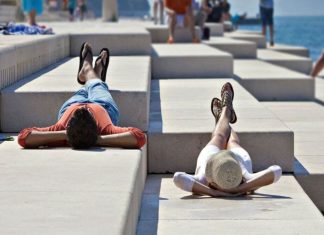