INNFINITY
Home Food The many myriad breads of the world Who on earth wouldn’t love a nice, sleek slice of bread? Or alternatively a wholesome, fat pick of it? The whole world does indeed! No wonder breads are so much a staple all over. In their many diverse interpretations, that sometimes are traditional elements of regional cuisine or crossover at times into a more cosmopolitan nature of existence, baking breads is a comfort the whole of mankind dwells in. In a world so in love with their bread, here’s exploring its many different types from all over-

A bread that is all the craze in the current times, the sourdough is a remarkably unique yet popular variant of the bread. A slow rising bread that has made it the favorite go to recipe of the quarantine times, this is a bread made with sourdough starter instead of yeast. Characteristically tangy in taste, like its very name suggests, sourdough bread is marked also by a chewy texture and a crisp crust. Healthier than most other breads because of the completely natural process of its leavening typical to most fermented foods, sourdough breads indeed take much more time and effort to make and bake. But perhaps therein lies its quaint charm that has made sourdough bread the ultimate bread of today.

Another exquisitely tried recipe of the present time, the banana bread makes for a delicious American treat. Made by introducing ripe and sweet mashed bananas into the traditional bread dough, this is more of a cake like delicacy that is popular the world over. With slight variations and alteration in the recipe, even banana bread can further be of different types. Moist and sweet and definitely very flavorful, banana breads make for quite a divine accompaniment to your evening cuppa.

Soft and bouncy and milky and sweet, milk bread combines just all the definers of decadence in one loaf. Originating in England, this very rich bread derives its flavours from the fat content of milk that which makes a generous splash in the dough. More popular as milk roll, there also is a variant from Japan that which most commonly stands as a reference to milk bread. Either way though, what characterises these slices of wholesome deliciousness is the milky flavour and soft body with just minimum crust. In its taste as well in its vision, this one comes across as quite a dainty bite of goodness.

It has been quite some time now that people are opting for brown bread but black bread is a different type altogether. Healthier like most color intense things somehow happen to be, black bread is however not entirely black in color. It though is a lot darker than brown bread and of course quite a contrast to white breads. Black bread basically refers to such breads that has been made of rye flour. Also therefore known as rye bread, this is a healthier alternative to your favorite loaf. Quite dense a bread in essence as well as in color, such variants that are made entirely of rye flour tend also to have a longer shelf life, usually in months. Also often sour particularly in its traditional versions, rye breads had been a staple through the Middle Ages and stems of recipes native to different countries of the world.

Quite evidently, sprouted bread is bread that has been made from sprouted grains of whatever variety. Definitely healthier than any of the other breads, sprouted bread however is not any recent invention drawing on the fad of eating sprouts for a healthy diet. A centuries old Ezekiel bread or Essene bread has been a Jewish delicacy since forever that which makes use of sprouted wheat as its primary ingredient. Modern day variations however can include a range of flours made from a variety of sprouted grains or seeds that which make it multigrain and sprouted all at once. In its more pronounced texture that which lends quite a bite to it, sprouted breads tend also to be quite interesting in their taste and flavour.

The bread of the times for quite some time now, brown breads are all the rage today because of their healthier status as compared to white bread. Made from whole wheat flour with the bran intact that lends it its characteristic brown color, these breads however also sometime tend to derive their color from the addition of molasses or coffee into the bread dough. However, in the common context, brown bread refers to whole wheat bread rather than the colored drawings of it.

A classic American recipe, this is a dense white bread natural agents rather than yeast make for the leavening agent. Despite the name however salt rising breads have no more salt content than does other bread recipes. A starter of water or milk and corn, potatoes or wheat is all it takes to make this tender loaf that which wafts an aroma quite reminiscent of cheesy deliciousness. In taste as well as in crafting however, this is a bread that is truly one of its exclusive kind.

A Jamaican specialty, hard dough bread was brought to the Caribbean land by Chinese immigrants as a simple and sweet white bread. Firm on the outside yet tender within even when being denser and sweeter than regular breads, this one makes for a rather perfect pick for sandwiches to hold all that filling. Somewhat similar to the Pullman loaf, the Hard dough is a particular winner when dipped in hot chocolate. Imagine a cold winter night and you cosying up with these sweet slices and an even sweeter serving of delicious hot chocolate. Simple but sure way to gastronomic heaven!

Not the types of breads you would readily encounter everywhere, potato bread is a rather delectable treat. And despite the all time favorite veggie potato making its way into the dough in its delicious mashed form, this is as sweet a bread as any other. Made fluffier and softer by the inclusion of the potatoes, potato breads stems from a number of countries the world over even when it isn’t the most staple of fares at the supermarket. In its yellow tinged appearance, the potato bread also makes for quite a sight sitting there cosily on your dinner table for an appetizing hearty meal ahead.

A Native American cuisine, cornbread refers to a bread that has cornmeal in it. Cornmeal can further be available in different forms like the Broa of Portugal or the Proja of Serbia. Either thin like tortillas or thick like the breads of today or even in pancake form, cornbreads have been sweet and savoury and plain through periods in history and places in time.

Simply put, rice bread is bread that makes use of rice flour instead of wheat flour. Gluten free in being a stemming from rice, this is a bread that has a disputed history. However, nations like China, Japan, Thailand that are popular for their many rice flour based cakes and other sweet treats most probably can lay claim to this distinctive treat. There also is the traditional Liberian rice bread or its Vietnamese counterpart, the banh mi that also are rice breads in their own right. With a texture that definitely feels different owing to the gluten free properties of rice flour, this one could well be a savior for folks aiming to go gluten free.

As the name suggests, beer bread is a bread that has been made from a dough with beer in it. Either a quick bread or a yeast bread that may or may not be additionally leavened by the addition of the beer, beer breads are almost like having your favorite beer, but in bread form! The beer you choose to pour in into the dough will obviously decide whether you would be biting into a fruity, sweet bread or an intensely flavorful one.

A very delicious bread that which takes its name from the incorporation of carrots as one of its ingredients, carrot breads are another popular variant of the breakfast staple. With the natural sweetness of the carrots in tow, this makes for a rather healthy alternative as well with its generous dose of the veggie. The carrots might be grated or pureed or juiced or shredded before going into the bread dough. A delicacy since the early 1900s, carrot bread might not be the most striking of bread recipes but is indeed a sweet and simple slice of goodness to savour.

While breads are not always notable for their precise square shape with the most classic breads like baguettes or panettones not even being close, the Pullman bread tends to differ. And differ to quite precise extents. A delicate bread but that which must essentially have four very visible, perfect square corners, this French delight works more as a sandwich base. Also called sandwich loaf or pan bread since it is made in the Pullman pan that is distinctly square in its four corners, this is a very light and fluffy bread that is soft to the feel and delicious in taste. In its perfect shape that which leaves no scope for even the slightest of variation, the Pullman bread is also notable a loaf in that it is bake with the lid on.

A rather different, rather delicious bread from Jamaica, the coco bread is a slightly sweet treat made from flour and coconut milk. Buttery soft in the texture yet firm on its exterior, coco breads come in shapes of folded breads that make it the most appropriate bread to hold any filling. In essence therefore coco bread are closer to being rolls but with the bread so distinctly spelled in its name, we could not resist the urge of naming this one in here.

Native to Turkey, chickpea bread is made from chickpea flour and is in fact the first leavened bread made in history. Not just the flour however, even the yeast that leavens the bread is derived from chickpeas thereby keeping it good for extended periods of time. Made also in Central Asia since ancient times from where it spread to Turkey, the chickpea bread or the Garbanzo bread is also another healthier alternative to the regular white bread.

Another veggie or fruity version of breads depending upon how you tend to view pumpkins, pumpkin bread is also a classic and popular delicacy. Moist in texture because of the incorporation of the water rich pumpkin, this is a bread resplendent in the sweet richness of the rotund fruit. Pumpkin is introduced into the dough either cooked and softened or sometimes even raw to make a bread that give off all the Halloween vibes. Aromatic, flavorful and definitely rich, pumpkin bread has to be the perfect festive treat in its warm fusion of feels and taste.

Another bread with a giveaway name, the soda bread incorporates baking soda as a leavening agent for its making. A variety of quick bread in making no any use of yeast, soda breads also typically make use of another unique ingredient, buttermilk. A traditional Irish favorite and one that enjoys the most popularity, soda breads are also common occurrences in Scotland, Serbia and Australia. Soda breads however tend to dry out quickly which makes this mild flavored, biscuit textured bread more of a hit when it is piping hot out of the oven. And given how quick it is to make in its yeast free reputation, baking yourself a fresh loaf of soda bread should be the way to indulge. 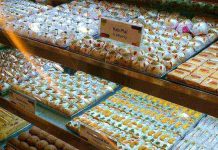 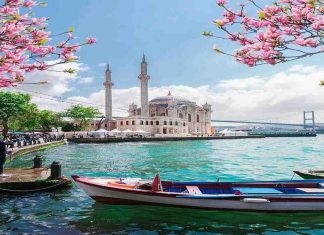 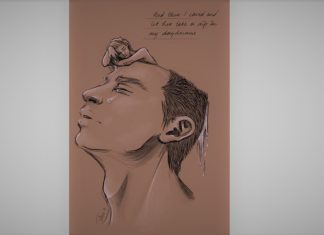