INNFINITY
Home Food Special Makar Sankranti foods for you to relish and cherish a good... With the harvest season in tow, it’s the season of bounty and festivities; it’s the time for Makar Sankranti. As the entire country gears up to celebrate the abundance and reap with food and festivities, albeit with different names, the overall spirit is one of rejoical. Catering to this festive vibe is our compilation of special Makar Sankranti foods for you to relish and cherish a good harvest with-

One very essential makar sankranti delicacy that is a staple of the eastern states of the country goes by the name pitha. Essentially made with rice flour and/ or sugar, jaggery, coconut, sesame seeds et al, pithas are an all encompassing array of sweetmeats that you can interpret as diversely as you like. So you can have open baked pithas like bora saul pitha, steamed pithas like tekeli pitha, fried pithas like ghila pitha or xutuli pitha, really unique pithas like sunga pitha from Assam while Bengal will leave you craving for indulgent picks like puli pitha or patishepta, that also has milk enhancing the intensity of the flavor.

In preparation, Makar Sankranti specialties down south like appalu and ariselu resemble that of the pithas and happens to be also rice flour based sweetmeats. Of course with their own unique identity at stake, we can’t really be branding them as pithas. But the essence remains more or less the same, with few hits and misses of ingredients. Either way, these festive staples make a dominant part of the array of food served during sankranti, as divine offerings as well as delicacies.

Sesame seeds dominate the proceedings of makar sankranti in every part of India. Among the myriad of sesame based preparations is tilwa from the states of Bihar and Jharkhand, but also rolled up with expertise in other eastern states. Tilwas or til ke laddoos are roasted sesame seeds mixed with jaggery and shaped into balls and make for a healthy dessert to bite into. A minimalistic gastronomic experience, til ladoos are addictive as well!

Laddoos and pithas perhaps are the best encompassment of Makar Sankranti delicacies, at least in the eastern parts of the country. While coconut laddoos and til ladoos are definite presences on the sankranti plate, one really unique preparation happens to be the murmura laddoo. Made of puffed rice, locally called muri, mixed with jaggery and shaped into balls, these crunchy ladoos make for some really crunchy bites to munch on for fun!

Undhiyu is the star dish of the Makar Sankranti festivities of Gujarat. What makes Undhiyu a mostly winter preparation is the assortment of seasonal veggies it brings in its fold. Needless to say, it’s a healthy preparation that will sure offset your winter blues. You can make undhiyu to incorporate a variety of veggies but the basic requirement is fenugreek dumplings that then make up a curry. Traditionally cooked upside down underground in earthen pots fired from above, this almost dry preparation is best savoured as an accompaniment with poori.

In the southern lands of Tamil Nadu where sankranti assumes the name of Pongal, the dominant preparation is Tirunelveli halwa. Made of broken wheat or dahlia cooked in ghee and sugar with dry fruits for addition, this divine delicacy is really a unique treat. Tradition has it that water from the Thamirabharani river makes up the halwa which renders it its distinctive taste.

The Sankranti specialty of Karnataka goes by the name Ellu Bella which is a sweet preparation that locals eat with the belief that it leads you to be and talk sweet. A mixture of sesame seeds and jaggery rendered more flavorful by the addition of groundnuts and shredded coconut, Ellu Bella serves also as a delicious snack mix to keep you chomping.

Uttarakhand’s Makar Sankranti celebrations see some very interesting morsels make up its festive plate. Ghughutiya, the harvest festival of the Kumaon region of the state is never sans the namesake traditional sweet treat Ghughutes. A mixture of wheat flour and jaggery that is shaped uniquely and fried in ghee, ghughutes look as fascinating as they taste amazing. With enticing forms like pomegranate flowers, knives, spirals etc, ghughutes indeed do define the festival in true pahadi style.

Celebrated as Magh Bihu in Assam, Makar Sankranti brings along with it an array of celebrations that have food as the very integral element. One very diversified sankranti specialty that is relished throughout Assam is a crunchy preparation called Maah korai. Soaked black sesame seeds, bora saul, gram or maah, boot (chana) fried and flavoured with mustard oil, ginger, salt et al makes up this munching delight that is so much of a delight to relish during chit chats in chilly winter evenings. An adda must have to relive the laziness and euphoria of the festive Magh bihu days.

Assam’s makar sankranti celebrations are also incomplete without xandoh guri and jolpan. Xandoh is rice flour that you obtain after grinding fried rice and eaten with milk/ curd, sweetened with jaggery or sugar as per your choice. Even with black tea, sandoh guri is a popular Assamese breakfast during and even after the feasting days.

Jolpan can be soaked komal saul with curd/ cream and sweetened with bananas/ jaggery/ sugar or soaked bora saul cooked in milk and sweetened to arrive at a soft and chewy rice pudding or the more ubiquitous doi- sira- gur that is the hallmark of khati okhomiyas. Either way, authentic Assamese breakfast options would never cease to amaze you specially when it’s festive vibes doing the air.

A rich Rajasthani dessert exclusive to the winters and specifically Makar Sankranti, feeni or phenni will look to you very much like the colored sewaiyan discs that greet you at ever corner of the market during the month of Ramzan. And indeed, they are quite close. Phenni is also a disc shaped dessert that is made by deep frying sewaiyyan or vermicelli in ghee before being soaked in sugary syrup.

However the feeni vermicelli is a preparation of wheat flour or rice flour that expert confectioners in Jaipur and Gujarat make. The desi ghee enhanced flavour and the saffron infused color is really a delight to behold during the bleary winter days. Feeni is mixed with hot milk and relished extensively as a super rich Indian sweet treat catering to the quintessential desi craving for sweetness!

Gud chana is a very delicious and nutritious treat that serves to make sankranti festivities all the more special. A very simple but healthy preparation, gud chana is just jaggery coated roasted chickpeas that makes for a sankrati specialty particularly because of its affinity to winters. Munching on some gud chana definitely is the way to jazz up your festive evening addas and not feel too guilty about the pleasures of indulgence!

The staple that sesame seeds are in makar sankranti, Manipur’s harvest celebrations are incomplete without a preparation based on this encompassment of black magic. Called the kangsubi, this delicious cake is made by mixing roasted sesame seeds with cooked sugarcane juice and shaped as per your desire. In fact the Meities are so particular about their Kangsubi that they believe they will be reborn as a dog in their next birth if they do not relish this delicacy during sankranti!

Flattened rice or chiwra with dahi and some sweetning agent as per your preference- that’s what this very humble dish is all about. Relished in different parts of east India as part of Makar Sankranti traditions (or even otherwise), the taste of this very simplistic preparation is indulging enough to make you forfeit your meals for the day!

The long wait is over, Netflix named the Breaking Bad movie... 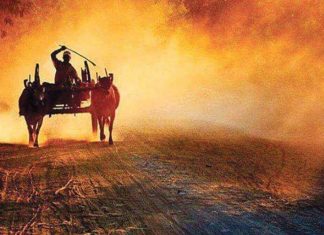 Emotions emanating from the melodies of the Bhawaiya 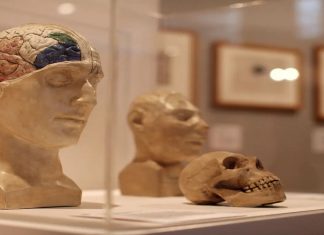 When fantasising unfurls as fantasy