What is Ganesh Chaturthi without Modaks?  These melt in the mouth delightful dumplings rules the enchanting festivities of Ganesh Puja . It is celebrated throughout India with much pomp and gaiety for ten days.  Durga Puja seems so  incomplete sans the delectable khichuri and labda platter and Janmashtami is unimaginable sans the makhan bhog. So is Ganesh Puja without modak.

Every Puja is completed only after having a partake of the food offering made to God. Food always remains inseperable from festivals. So for us prayers and prasad go together hand in hand. One is incomplete without the other.

Modak is the best-loved food item of Lord Ganesha. So he is popularly known as Modakpriya. According to Hindu mythology, it is said that once Anusuya, the wife of Sage Atri invited Lord Ganesha along with with his parents Lord Shiva and Goddess Parvati for supper. Anusuya first served varied dishes to Lord Ganesha and decided to serve his parents later. After satiating his taste buds with various spicy dishes, Lord Ganesha was still not satisfied. Anusuya then decided to serve something sweet and prepared a modak for him. After devouring the modak, his hunger was satisfied and interestingly his parents’ hunger were also satisfied. Wow! Ganpatti Bappa surely is powerful. That is why he is known as Mangalmurti. He cares for eveyone’s welfare. Ganpati Bappa Maurya!

The most interesting part is that after having eaten the modak, both he and his father burped 21 times. Accordingly, with this popular belief, in the modern era, 21 modaks are offered in a plate as a ritual at the time of worship of Lord Ganesha. Modak is believed  to represent an award of hard work, which means that Lord Ganesha always bless hard workers with abundant success in life so that they can live a blissful life.

Modaks are made with rice or wheat flour . They are generally filled with coconut or jaggery. You will find this sweet food item to be a bliss for the five sense organs. The traditional modaks are normally steamed or fried. The steamed modak, also known as the Udakiche Modak, is generally served during the Ganesh Puja festivities.You could have eaten the Udakiche Modak as a prasad during Ganesh Puja.

Modaks are the sweeter version of the famous dumplings you may mistake it  for momo from afar. It is a lookalike of momo. Dumplings are present in different forms all over the world. The good thing about modak is that we can bite it so delightfully and enjoy it. The outer part is so soft and tasty. In Japan, modak is known as Kangidan. It is offered to Kangiten. Kangiten is the Japanese name of  Ganesha. Kangidans are deep-fried before they are served. Be sure to have it one day.

Innovative is  the buzzword and everything always gets a makeover from time to time. Will modaks be left behind? No. Modaks are made with chocolates, dry fruits, dal etc in today’s world. You can also try to make modaks with many sweet ingredients. You can even try making spicy and salty modaks. Just for an innovative twist.

With the streets abuzz with Ganesh Puja festivities,it is surely time to explore your talents in cooking . Try making modaks and impress your near and dear ones.Even restaurants are donning their thinking caps to come out with the best version of modaks . They are offering a range of delectable platter to satiate the taste buds of the Indian crowd. Be sure to try out the innovative versions of modaks prepared just for you.

Here are some interesting modak recipes for you to try out this Ganesh Puja. Wish you success, joy and prosperity. Happy Ganesh Chaturthi! 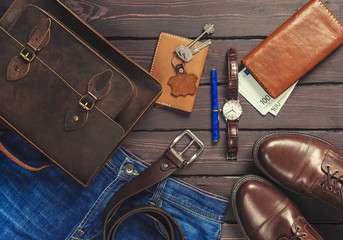 9 accessories for men to step up the fashion game 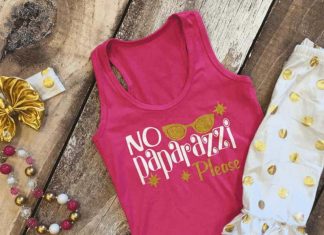 Things every face that hates the camera will relate to with...