There’s no denying the scrumptious satiation of sinful simplicity that a forever iconic and always humble bread and butter sandwich brings to one. Oodles of butter melting over a piece of hot toast or a freshly baked slice of bread warm just out of the oven and creating in your mouth a fusion of the buttery, salty richness with the sweet, moist feel and taste of the bread is one of the most comforting feelings that the world of food has managed to deliver in all simplicity, despite its burgeoning fancy premises. Catering though somewhat to this latter mode of devouring the tastes of the world, and yet an experience equally rewarding and iconic and a mass favorite as well within the bounds of still the beauty that bread has continued to come steeped in over the ages in its presence as a staple of the human pantry, is the luscious sounding, exciting looking peanut butter and jelly sandwich or what is colloquially the PB&J of the times. Not a very wide diversion from the universally popular butter on bread staple, this particular assembly of the evergreen sandwich however sounds and in fact is more modern a phenomenon, as is instantly decipherable from its widely used acronym, and dates most appropriately in its present form to only the later parts of the nineteenth century. Not just the sandwich though, even its most important ingredient, the star of the whole stacked scenario of this specific sandwich, the peanut butter is also as recent an invention, though the prevalence of its use in related forms goes way back in history.

Peanuts itself are no modern food, dating back as they do to times some 7600 years ago. But beyond their use as themselves, it were the Aztecs who devised a use for these versatile nuts of nature as they also used to mash roasted peanuts into a paste, which might be somewhat of a distant variant of what we call peanut butter today. A more apt claim to inventing this amazing food product of the modern world that is as delicious on a bread or inside a cookie or straight out of the jar on a spoon rests with the Americans, as does so many other addictive culinary treats like brownies and burgers and banana split sundae and so on and so forth. More specifically though, the claim to coming up with this addictive dose of goodness called peanut butter rests most prominently with three Americans. The earliest known reference is made to a Canadian chemist and pharmacist who in 1884 devised and patented a method to make peanut paste by milling roasted peanuts to a fluid or semi- fluid state between two heated surfaces. The addition of sugar into the paste lend it a hard consistency, perhaps working upon which a certain George Bayle started producing and selling peanut butter in the form of a snack food in 1894.

More than a decade after Edson, in 1895, it was the American doctor and nutritionist and health activist and businessman John Harvey Kellogg, also brother of the founder of the world famous Kellogg Company, who patented his own method of making peanut butter by boiling the kernels instead of roasting them. As a healthy protein substitute that aimed specifically to cater to the needs of patients who could not chew down their food, this version of the peanut butter was prescribed by Kellogg as an alternative dietary choice, though the pricey status of the food meant it was ‘unspreadable’ for the common man. It was only in 1903 when one of Kellogg’s employee, Joseph Lambert patented a peanut butter making machine which he developed with Dr. Ambrose Straub that the gooey mess of creamy deliciousness became to be more readily available to the general public- read Americans. Featuring at the 1904 World’s Fair in St. Louis endowed peanut butter with an identity much more widespread, and that would come to embody the American lineage globally, even as it would emerge to be the breakthrough ‘meal’ of the nation through the years of the two world wars, the Great Depression and ruling still the spectrum of snacking till the present times.

The more prominent commercial beginnings that peanut butter would witness though did not emerge till the dawn of the 1920s. It was only in 1922 when chemist Joseph Rosefield invented another process of making peanut butter that the present day version of the treat took shape. The method that Rosefield devised helped in keeping the oil from separating by using partially hydrogenated oil, licensing his invention in 1928 that enabled the production of the Peter Pan peanut butter before embarking himself with the production process in 1932 under the name Skippy. But while the brand of Skippy peanut butter was even smoother and creamier, it was Rosefield yet who introduced also ‘chunky’ style peanut butter to the world by incorporating pieces of the nuts into the spread. Interestingly though, beyond these names who contributed to the development and ‘spread’ of the peanut butter in some form or the other, it was also another American George Washington Carver who was widely but erroneously credited with inventing this treat. An agricultural scientist and inventor who was instrumental in promoting the use of peanuts in such capacities that wasn’t commonplace, this most prominent black scientist of the 20th century however was in no way associated with the most delicious snack to have emerged yet from the confines of a crop he helped so widely popularise.

Carver though could be eulogised for helping America come up with a treat centered around this spoonful of rich deliciousness as his many advocated uses for the peanut crop also included them in the making of peanut cookies. Originating in the 1910s but coming forth prominently only in the 1930s, peanut butter cookies are today a much loved treat throughout the world as are other commercial but iconic still American sweet treats that have the nation professing its undying love and craving for this faux butter. Most popular would be the Reese’s Peanut Butter Cups that were introduced as early as 1928 by the H. B. Reese Candy Company and continues to be one of its top selling candy brands, even only some few years shy of a century now. Peanut butter M&M’s are another popular choice for the American folks within the candied realm of the jar of indulgence. Equally popular is the best-selling U.S. peanut butter sandwich cookie called the Nutter Butter, or the wafer based Nutty Buddy while Kellogg’s dessert bars called the Scotcheroos are particularly prevalent in the Midwestern United States. Another more ‘traditional’ incorporation of the peanut butter into American cuisine has been in the form of the peanut pie, particularly in the Southern United States where it is commonly served as a kosher dessert. Called as the ‘poor man’s pecan pie’, it was originally looked down upon as slave’s food before going on to encompass a chunk of heritage within the culinary ambits of the region.

Beyond the thriving and dominant American connect, peanut butter also have had another remarkable presence in a period of time that predated the recurring context of the late 1800s and the early 1900s. Named the pinda- kase, translating literally as ‘peanut cheese’, this particularly solid version of peanut butter existed in the South American country of Suriname since at least 1783, as did Pinda bravoe that used to be a soup like dish based on peanuts. The pindakase was firm enough to be cut and served in slices much like cheese which is why the name. Pindakaas is also what even the modern day peanut butter is known as in the Dutch language, which isn’t anything surprising given that Suriname itself was a Dutch colony at the time when it had those lipsmacking slices of solid but smooth ‘cheese’ to savour.

Returning though to the more proper context of peanut butter, the PB&J sandwich might be one of the most ubiquitous assertions of its might as a really versatile dish that packs the right dose of nutrients and taste and visual appeal all at once but this dual fold is not by any means the only way in which this particular type of butter rules. Equally popular a recurrence in global culture is the Elvis Sandwich which is but a play on our beloved ingredient that has a knack for taking in all flavours and yet standing out with its brilliance of taste. More commonly interpreted as a peanut butter, banana and bacon sandwich, this pick had supposedly been a favorite of the legendary Elvis Presley while another commercial version similar to it exists as well. Called the Fool’s Gold Loaf and substituting the banana with a grape jelly, the origin of this Colorado Mine Company product draws invariably to the musician. Another similar but unrelated fusion of tastes is summed by the Candwich, the ‘only sandwich in a can’ available in only a peanut butter and jelly grape version.

Not just with jelly, peanut butter probably makes for a droolsome combo when paired with mayonnaise as well as the popularity of the peanut butter and mayo sandwich asserts, continuing since at least the Great Depression and well into the 1960s before recapturing attention more recently. More delectable would be a peanut butter and marshmallow fluff sandwich called the fluffernutter that indeed is another delightfully classic American invention that has predictably gone on to enjoy massive popularity all throughout. The more classic PB&J identity continues to be time less sounding, as interpreted by the particularly interesting sounding product called Goober that rests in also as interesting an essence of it. A combination of peanut butter and jelly in a single jar, the name of the product itself is an informal reference to peanuts and pretty much sums up the craze that Americans and by extension the foodies of the whole wide world have come to harbour over this really simple but irresistible treat. Speaking of other parts of the world, the peanut butter phenomenon indeed has taken over everywhere with almost every country having derived their own ‘native’ way of partying along to this spreadable mess of all things amazing. Hong Kong’s version of a traditionally sweet peanut butter bun is a case in point, a plain bun with layers of peanut butter fillings, sometimes with light sprinkles of sugar or even without making for a very basic treat that indeed is all things sugary and sweet and sinful even in its simplicity. While Haiti’s take on this stuff of food dreams comes across as the rather different mamba, a spiced rendition of peanut butter that is almost unconceivable yet is truly testament of its versatility when it comes to complementing just about any flavour encounter on the gastronomic realm.

Trinidad goes even a step further with its workings on peanut butter, throwing it in along with a mix of other ingredients to relish their own beverage called the peanut punch! Peanut butter, milk, sugar and some spices or occasionally a pouring of rum makes for this traditional energy drink widely consumed across the island nation in the Caribbean. Jamaica adds in even another poring of richness in the form of condensed milk, whipping up thus a beverage that is popular throughout the region of the Americas. For those who even intends to get intoxicated on their peanut butter, there’s the peanut butter whiskies with obviously the flavor of all our cravings. Whether you choose to down ’em like a shot, make them even more incorporating by concocting up cocktails of them or rather like the liquid drizzled over your serving of ice cream, there’s really no wrong way of drinking up your peanut butter as well! Why Kheer has always remained a classic dessert? 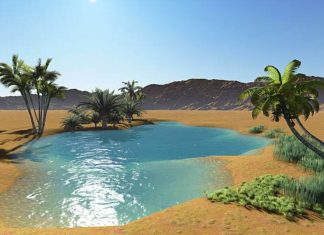