Life is always better with dessert and what better a way to indulge in some sweetness than by allowing a coupling of your favorite doses of saccharine? Enter Frankenpastries aka hybrid desserts that are all the revelation to revel in, in all their deliciousness even as they span across a curious portmanteau identity of their own. And while there indeed would be a couple such coming together of savoury flavours as well for those not too favouring of sweet fetishes, it still is the characteristic naming charm they harbour in all their double toned identity. Seeking out some of these dual doses of decadent delights to delve into deep in all their dynamic demonstrations of deliciousness-

Perhaps the food metamorphosis that set the modern day hybrid dessert trend going, the cronut has to be the ultimate portmanteau example. Made from a croissant like dough in a shape resembling the donut and filled with flavored cream is this croissant- doughnut pastry first baked way back in 2013. A creation of French-American pastry chef Dominique Ansel, such dual dimensional pastries had been sold even as early as 1998 by American supermarket chain Publix. But named rather simplistically as croissant doughnuts were these croissant dough made glazed doughnuts that did not therefore take the world by storm in their rather plain giveaway.

A classic flavour of a pie, the banoffee is very evidently a coming together of the two sweet surprises of a banana and a toffee. Hence any food that pairs up this hit combo of what asserts itself as two of the most complementing flavors of all time is what the banoffee essence smacks of in its distinct portmanteau identity. But it still is the classic English creation of the namesake pie made from bananas, cream and a thick caramel sauce upon a base of biscuits and butter that what is understood by the very mention of this exemplary pairing of tastes.

A portmanteau food that is also a fusion of distinct cuisines altogether, the naanza is a pizza hybrid made to play along the circumference of what is essentially a flatbread called the naan. Of Asian prominence, the naan acts as the base for the elements of the Italian staple pizza to deliver its sprinkling of flavours on. A delightful east meets west blend of tastes, textures and traditions therefore is the naanza that is today a very prominent global dish of immense allure.

Among the many reiterations of the croissant made to pair up with another treat of its kind is also this cross with the muffin, called therefore the cruffin. Also emerging in 2013 in Australia but popularised only the following year in San Fransico is this cream, jam or custard filled mound of sweetness, topped off with pretty garnishes.

Donut it is of course that the donnoli owes part its essence to. And the other part of it pledges allegiance to the Italian cannoli pastry instead summing up tha ppropriately named donnoli. A freshly made donut is filled with gobs of ricotta-based cannoli cream and chocolate chips and topped simply with powdered sugar or garnished instead with a few more oodles of decadence to dish out this pretty looking spiral of sweetness that tastes of course as good as it looks.

Scones baked in muffin pans are what scuffins are taking the shape of the latter and part the name of both to make for a crumbly textured, fruit or jam filled bite of tender sweetness. One of the most promising combination foods at the time it portmanteaued two identities at once, the scuffin isn’t just a treat- it also is some healthy heartiness in itself.

While three is a lot more aliases that a food name that is already a portmanteau can afford to take upon itself, this particular hybrid dessert still does. But no matter the assertion of it on the menu, this is a cross between a croissant and a bagel. The names tend to be different based on the pick you make from a particular bakery but beyond that the intention is all the same. Both the baissant and the crogel or cragel was introduced way back in 2014 after the cronut induced craze jumping in therefore on the bandwagon of hybrid desserts or frankenpastries the world has so evolved to make way for.

Yet another winner stemming from the highly imaginative chefy awareness of Cronut creator Alsen is the equally exciting sounding offering of the waffogato. A delicious indeed assertion of what is essentially a waffle shaped out of ice cream and topped with a maple syrup espresso. That espresso poured ice cream based part of this novelty is what makes up the Italian fare of the affogato, the identity of which spells out very discernibly along the name of this tapioca inclusive also churning of what fares as a ‘little like a milkshake’ at the end of it.

There’s no end to the means the doughnut is introduced in just about every other combination dessert. This time the case in point being the doughscuit which obviously introduces also the globally popular biscuit into this range of hybrid mix and match. Looking like the glazed doughnut it is supposed to take after is this deep fried biscuit dough that is a decent but somewhat repetitive attempt of recreating the cronut aura all over again.

Combining the two individually wonderful dessert treats of the waffle and the donut, the wonut shapes up as a really diversive food that goes also by a host of other names. Call it the doffle, wownut, waffle-donut, waffle nut or most popularly the wonut, this is a dish named so after the technique of its making. The batter and the dough that makes up a waffle and a dough respectively are mixed and poured into a waffled iron and then deep fried and finally decorated with doughnutesque toppings. First emerging in 2014 was the wonut that took after the cronut trend as yet another hybrid dessert option among the many on the sweet spectrum.

Call it the browkie in favour of the brownie or the brookie if you are slightly more biased towards the cookie but the brownie cookie portmanteau is a dessert delight on a different level. With the rich deliciousness of the gooey brownies and the chewy crispness of the cookies, the brookie shapes up as a decadent fudgy treat that sure is worth all that ‘breeding’ effort! The forever classic stemmings that entails out of brownie batters and cookie doughs are fused into perfection in this mind blowing mashup of all things simply sinful.

Croissant again it is that makes up one part of this portmanteau name that involves this time a Mexican favorite of the concha. A spongy, sweet yeast bread topped with a sugary, crumbly icing that resembles a seashell pattern earning the beloved traditional concha of Mexico its name is ‘robbed’ of its crumbly sweet top and made to sit over a flaky croissant bottom for yet another sweet treat that took inspiration though from yet another hybrid dessert- the manteconcha.

An almost traditional food even in its portmanteau basis, and one stemming not from two but from three ingredients in that as well is this extraordinary dish called Turducken. Essentially a deboned chicken stuffed into a deboned duck, further stuffed into a deboned turkey, it is known also rather simplistically as a three bird roast. A version that replaces the turkey with a goose instead makes for the traditional English specialty of the Gooducken.

Croissants and scones done, it’s time now for the muffin to seek out the popular charm of the doughnut for its another derivation of the portmanteau. But the duffin precedes them all- having been in existence since 2011 even when it was non conspicuously commonplace perhaps even before then. But the year of such portmanteau desserts that 2013 was, the Duffin became the phenomenon it was destined to be with its introduction by Starbucks. A cakey type of moist textured, jam filled dessert, the Duffin though is no any less or more iconic than any of its counterparts that sough to capitalize on the Cronut frenzy.

Not a dish in itself but rather a food ingredient that also takes cognisance of the play of the portmanteaic is the vegan alternative for a turkey. A blend of tofu and turkey, both the name and the product is derived from the soy protein tofu or sometimes the wheat protein seitan as a loaf like form or sometimes as a casserole for a meat replacement that caters to the meat cravings of those ditching the flesh in all realness.

Brownie again it is making this another hybrid dessert as is quite evident from the latter spell of the name. But the other part of the combo tends to be not as easily decipherable in this yet again 2013 born dig into deliciousness. This not so apparent component of decadence happens to be a tart that lends its crisp shell for the brownie to release its amorously gooey mess into. A raking up of imaginations that the cronut phenomenon inspired made this tartlet brownie make its dainty appearance in London and advance to rattle expectations of dessert lovers the world over.

Among the latest dessert hybrids that seeks out yet again the versatility of the croissant and another as prominent hugely adaptive attribute of the waffle is the croiffle that has been doing the rounds since 2019. Basically a croissant that is pressed in a waffle maker, the croiffle spans as a fluffy and crispy rendition of Austro- Belgian tastes that you can dig into with your choice of sweet or savoury filling on the offering. 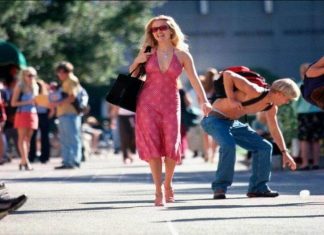 Dealing with ‘complexes’ of being the main character