Because India is such a vast confluence in existence, it also is as myriad a platter of offerings. Each region of India attests to its own food and culinary treasures, spinning out dishes that are unique, exotic and refreshingly distinctive. Punjab being one of the more spirited, richer states of the country boasts of such an array of gastronomic delights that is indeed a treat to every sense. Here are some of the most popular and classic Punjabi food dishes that you need to try at least once in your life-

There’s no talking about Punjabi food without the very ubiquitous roti- saag combo that instantly conjures up images of the vibrant yellow mustard fields of the state. A dominantly wintery delight, the comforting bitterness of the cooked mustard greens is perfectly balanced by the coarse cornmeal roti that is as healthy a combination as it is delicious. It’s one of those classic dishes whose mention readily brings to you the Punjabi flavour and leaves you craving for platefuls of this simple and exotic yet utterly comforting combo.

Punjabis are known for their love for all thinks food and specially non- veg food. Undoubtedly then, classic Punjabi dishes would need to have a chickening mention in their midst. And while with their spirited fervour and lavish taste Punjabis take pride in quite many dishes that are hardcore non- veg, there’s one specialty that stands out. The unmissable butter chicken- a favorite all across and even beyond the country that is just a whip up of the richness of butter and the forever love meddling in the chicken!

Like all Punjabi preparations, the butter chicken gravy is as rich a dish as any other. Made with dollops and dollops of creamy butter combined with masalas, the succulent pieces of flavoured chicken make for such a treat to dig into that you would tend to not even care about the calories. That’s what food in general and Punjabi food in particular epitomises- an addiction so immense that has you falling in love over and over and over again!

Indian flatbreads have a place of their own in the cuisine of the country. Extensive, exclusive and diversive, kulchas, naans, rotis, parathas et al command an importance unparalleled on the platter. Needless to say many regions of India have their own interpretation of the same and Amritsar’s kulcha is one such very visible phenomenon.

Crisp on the outside yet soft to the core, these kulchas rake up such emotions inside of every Punjabi that is foodgasm at its best. Whether you have it plain or stuffed with potatoes and stuff, every bite of these kulchas is so full of flavour that would transport your taste buds to foodie heaven.

It’s to the credit of the Punjabis that even with their love for all things meat, they have transformed the humble Indian dal into something that is as exquisite as its many non veg offerings. The dal makhni is a tedious preparation that has the white butter based gravy simmering for a whole two to three hours as the combination of black lentils and red kidney beans make for some really delectable fare to savour up with some rice. If you thought something as humble as dal would never delight you, wait till you try your hands on this classic Punjabi surprise!

Piping hot bhatures and spicy sizzling chole- what else can bliss feel like? An all time Punjabi favorite even when it did not really origin there, chole- bhature is just the perfect desi breakfast to savour on a pleasant morning. One of those many classic Punjabi combos that just seeks to be complete only with each other, chole- bhature is the perfect balance of taste and flaovurs at work. Flaky, crispy bhatures torn and done up with some masalaedar chane serving, it sure doesn’t require much to be a foodie!

Punjab is famous for its parathas and naans, for its chicken and rajma, even for its lassi and makkhan but hardly would you think about encountering fish. But just because it is hidden from the public domain for whatsoever reason does not mean that Machhli Amritsari is any less lip smacking an authentic Punjabi dish than any other.

Coated fish that is fried for just the right time gives this Amritsari delicacy a really succulent feel while delivering a taste that is surprisingly good. Because fish is somehow not accorded the same status as meat even when it is no less nutritious and tasty makes this Punjabi preparation all the more worthy for all its distinction. More like a fish pakora because of the batter and the dry texture, you can go on gobbling up piece after piece of these authentic Punjabi bites. It’s indeed that awesome!

A classic winter detour to ward off the cold with something sweet, pinnis are a healthy and tasty way to munch and snack. A flour and jaggery preparation and encompassing of course loads of ghee and nuts because winters you see, pinni comes in many variants depending on the flour you use. It’s one of those Indian mithaais that serve to up your health but end up serving your tongue all the more. Sweet lovers as a whole need to be thankful to Punjab for coming up with something so healthy that also is as delectable for the sweet tickles. Rich, decadent and soulful, pinnis are one of the reasons winters aren’t half as bad as they intend to be!

Another veggie gem that has it origin in Punjab is another very classic comfort food. Baingan ka bharta is essentially roasted brinjals that has been mashed and cooked in oil and with quintessential Indian spices so that the resultant medley is one of nice smoky flavour complemented by also a sauteed and spiced taste and a pulpy feel. Eat it with whatever you fancy, be it plain rotis or parathas or even plain rice- it really is uniquely tasty to go perfectly with anything you choose to pair it up with.

Yet another comfort dish that has no fancy extravagance doing it up the Punjabi way is the kadhi chawal combo. A curd based gravy that has gram flour dumplings cooking in it with a wide variety of spices and condiments thrown into the mix, the authentic Punjabi kadhi is a spicy accompaniment to rice that also incorporates a somewhat tangy flavour. The balance of the soothing curd with the myriad of spices and the richness of besan really makes this Punjabi favorite a delight to soak up with some fragrant Basmati rice, that is again native to Punjab.

Punjabis really have some of the most unique food included in their cuisine. Be it in texture or in flavour, in ingredients or in preparation, Punjabi food is distinctive and diversive. One such preparation is Panjiri, also a winter specialty that is however as tasty as it is healthy. A coarse mixture made with whole wheat flour fried with sugar and ghee and generously showered with dried fruits and edible gum, Panjiri is quite an addiction in its rich taste. More of a nutritional supplement than a food preparation, having handfuls of panjiri over and over again is a delicious way to a healthy winter though you sure need some restraint if you don’t want to accumulate too much of the fats with all that oodles of ghee.

Yet another combo comfort dish, can Punjabis ever get one out of the other? They don’t even need to though given how appetising all their classic offerings tend to be. And Rajma chawal is one such complete meal that is a favorite of not just Punjabis and other north Indians but for basically everyone who has ever had even one morsel of this lip smacking dish. It’s healthy, it’s tasty and it is so unlike any other taste you would seek in other dishes. Rajma chawal is really an iconic combo- simple yet delectable, warm and comforting and infinitely healthy and nutritious.

Indian flatbreads are a really versatile dish to bite into. While plain rotis and the like are all healthy and nutritious as such, there’s nothing more enticing than thick, rich parathas dripping with loads and loads of desi ghee. And Punjab, as famous as it is with its fascination for desi ghee, it’s inevitable that parathas from the pind come complete with dollops of the richness making its way all over the rotund surface.

Sinfully indulgent and filling, parathas tend to be the complete breakfast, done up with anything you would like to. Be it chicken gravy or matar paneer or even with kheer or ketchup, nothing is ever overwhelming for this very versatile bread. There’s however no pairing as sumptuous as one that a simple bowl of curd and a plate of parathas encompass. Piping hot parathas dipped in plain curd is one of those very humble meals that satiates your soul and spirit like not even the fanciest of world cuisines can. And we surely have the Punjabis to thank for this simple show of extravagance that is a feast for every taste and spirit.

As versatile as parathas have proved to be, it’s hardly surprising that they come in a wide many variations. And one such unique interpretation of the paratha by the Punjabis is the tandoor cooked lachha paratha. Because tandoor is so dominant in Punjabi cooking, it’s only apt that the Punjabis cook even their paratha inside one of them!

Lachha paratha is very much a paratha, only that it has layers and flakier than an ordinary one. The taste also differs quite a bit though even though it still is soft even within the crispiness. The different appearance and texture is owed to a slightly different method of preparation and the Punjabi tandoor variant has an even more pronounced taste.

No mention of Punjabi food can be complete without a special ode to the drink that dominates the gulping pattern in the state. Lassi is a yogurt based drink that can be sweet or savoury as per your preference. The perfect cooling drink in summers, lassi also effortlessly translates as a winter drink specifically because it can be a good aid to digestion. Outside of the sweet and salty versions however, there also exists flavoured lassi done up with fruits and even one that comes laced with bhang, called the bhang lassi. An instant energiser, lassi is so much an encompassment of the traditional Punjabi spirit of infectious enthusiasm and zest. A glass of this divine drink is all the potion you need to instantly get into bhangra mode and celebrate the awesomeness that Punjab is! 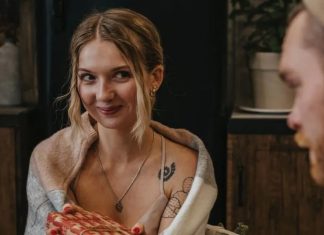 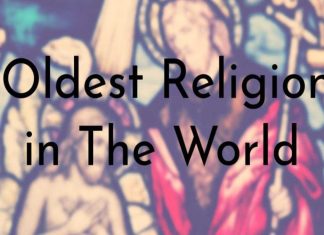 Bullet trains in Japan to enthrall you with ‘Hello Kitty’ faces! 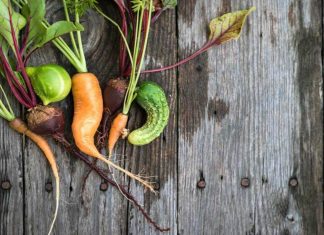