Sweets are the stress busters of life. The ultimate comfort food, the endlessly craving delicacies all tend to lead us towards something exquisitely sweet. Here are 32 mouth watering sweets from different states in India for you to relish on your next craving sojourn!

The desi lookalike of those much loved American doughnuts, Balushahi is a Bihari delicacy that is famous all over the country. The richness of desi ghee infused maida dough deep fried and immersed in sugar syrup makes this one of the most unmissable dessert options for all.

Another of those sweet treats that has the whole of India experience a sugar rush, Gajar ka halwa has to be one of the most delectable dessert recipes. Infused with the goodness of carrots, grated and slow cooked in ghee with milk and sugar, this dessert from Punjab enjoys a special preference during winters.

A cheese based dessert, Chhena poda is a divinely combination of fresh chhena and suji, enriched with sugar and baked for long periods. As the name suggests, chhena poda (burnt cheese) attains its pretty browned and burnt look due to it being subjected to long hours of high heat.

An immensely rich dessert, Ghevar is another sweet delight that looks as heavenly as it tastes. The honeycomb like disc-shaped cake made with all-purpose flour and soaked in sugar syrup is a firm favorite, for its delectable goodness as well as its calming health benefits.

A breakfast bread made from rice flour and jaggery, Pukhlein is a Meghalayan dessert that bears close resemblance to a variant of the Assamese pithas.

Goa’s multi layered sweet pastry is actually a pudding of sorts. The Queen of Goan desserts, Bebinca is a rich traditional dessert that is made with flour and infused with egg yolk and butter, and rendered its moistness with coconut milk.

A variant of the popular milk based sweet delight peda, Dharwad peda is also prepared from milk. The caramelisation of sugar lends this peda its distinctive brown color, while rolling the prepared sweet in powdered sugar elevates this sweet to a different league altogether.

Not a dessert per se, but mildly sweet and crunchy biscuits from the state of Gujarat called Nankhatais are very popular as Indian munchies. Essentially baked, these eggless cookies are also a unique mix of crunching bites and melting goodness.

A translucent sweet made from a veggie, pethas are quite a unique dessert delight. With a texture that melts in the mouth even while being equivalently chewy, pethas for sure are a one of a kind sweet indulgence.

A dessert preparation that is a wholesome combination of rice powder and lentils powder, specially that of urad dal, Tamil Nadu’s Sweet seedai is a crunchy munching delight.

A chhena based dessert from the state of West Bengal that is most famous for its rasgullas, Ledikeni is an interesting sweet, for its tradition as well. Chenna and flour kneaded together into balls which are fried and then immersed in sugar syrup, Ledikeni is an adulteration of the name Lady Canning!

A humble preparation that combines only milk and sugar, Kalakand is one of the most favored desserts in India. The soft grainy texture and milky deliciousness of this sweet however lends it a flavour that is heavenly and extremely soothing to the taste buds.

Essentially healthy owing to it being steamed, Chhangban leh kurtai is a sweet treat from the North eastern state of Mizoram. Made from rice flour and jaggery, this dessert is an exotic blend of simplicity and goodness.

Another of those Indian desserts that is firm to the look yet melts as soon as you put it in the mouth is the much loved Soan papdi. With its flaky texture and generous dose of sweetness (very much like candy floss), Soan papdi is a very essential sweet to all Indian celebrations and festivals.

A super sweet, super rich dessert from the state of Karnataka, Mysore Pak is made from gram flour loaded with ghee and sugar. Hailing from the city of Mysore, this dessert namesake is south India’s most iconic sweet.

Pithas are sweet preparations that are very different from other Indian desserts. The use of rice flour lends these variety of sweetmeats a coarse texture and a flavour that appeals with its mild sweetness and distinctive taste and aroma.

Another of the rich dessert recipes, Mohanthal is a traditional Gujarati sweet dish. Enriched with the rich flavour of milk and melt-in-the-mouth texture of ghee-roasted besan, this traditional mithai is rendered more appealing with the addition of dry fruits.

Much like the rice kheer that is one of the most revered of Indian sweet dishes, Phirni is an ubiquitous, yet somewhat diversified preparation. Originating from the cold confines of Jammu and Kashmir, Phirni is a preparation of rice powder slowly cooked in milk and enhanced with sugar and other flavoring agents.

Unique and ubiquitous to the season, Dhonas is flirty Goa’s fruity sweet. With cucumber or jackfruit as the base, Dhonas imbibes the flavours of rava and coconut to arrive at a dessert that is also healthy, being sweetened with jaggery syrup.

Thick, heavy rabri that is obtained by slow cooking milk is an intensely rich dessert originating from the Indian state of Haryana. With the evaporation of milk lending it a condensed milk like thickness enhanced further by the natural sweetness of lactose, rabri is a grandiose addition to the Indian sweets palate.

Authentically Indian, Singori is a lesser known sweet made with Khoya and that which attains its uniqueness, both in preparation and flavour by being traditionally wrapped in maalu leaf.

One of those few laddus that boast of a smooth creamy melt in the mouth texture, Bandar laddu is a variant of the more popular besan laddus. But the unique preparation method of this south Indian sweet lends it a special place in the category of desserts that are in abundance in this country.

An enriched variant of rice kheer, Doodhpak combines the creaminess of reduced milk with the richness of dry fruits to deliver a taste that is truly royal and luxurious, much like its look and aroma.

A completely egg based dessert, the delightfully unique Mutta Mala is made by pouring egg yolk through a small hole into sugared boiling water. Distinctive in its taste and texture, this sure is bound to be among those one of a kind dessert experiences.

A traditional Himachali cake made from buckwheat flour mixed with wheat flour, Aktori is a healthy dessert. This version of the fancy pancakes is a refreshingly sweet recipe to relish during festivities.

Semolina halwa that has its distinctive method of preparation and a characteristic melt in the mouth softness, Mahim halwa is very much the refreshing alteration of the typical halwa texture.

Thenga mittai or coconut burfi is a traditional dessert from the southern state of Tamil Nadu. Made with shredded coconut and milk loaded with sugar and ghee, this burfi has all the south India vibes to it.

An offbeat sweet preparation, Chhatisgarh’s Dehrori combines rice flour and curd to arrive at a dough that is deep fried in ghee and then sweetened in sugar syrup.

The Indian interpretation of the fudge, Bal mithai is a favorite from the state of Uttarakhand. Sweetened roasted khoya that attains the color of dark chocolate coated with sugar balls is so much a delectable sweet you would surely want to indulge in.

Sikkim’s sel rotis are famous for the distinctness of its taste and texture, as well as appearance. Sweet, ring-shaped rice breads that can be interpreted as an inference on the doughnut, sel rotis are traditionally relished with sesame and peas chutney.

Another Indian take on the fudge, Punjab’s dodha burfi is a delightful sweet that emanates a definite nutty flavour. Broken wheat called dahlia is cooked in milk and enriched with ghee, cream, dry fruits and sugar to arrive at this slightly sticky yet soft dessert.

Made by combining flour, eggs, butter and sugar, Khapse is a deep fried pastry like biscuit that is just the right amount of crunchy to serve as the perfect tea accompaniment. 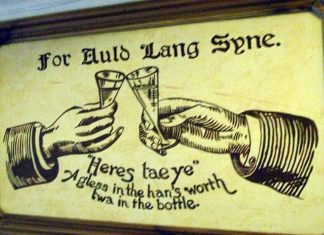 And a Cup of Kindness for Auld Lang Syne.. Let’s Sing... 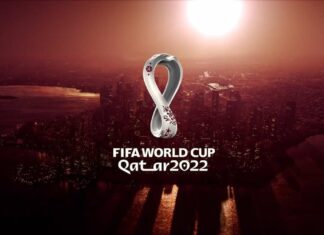