Historically, countries and cultures have been intricately related. Be it diplomatic relations or cultural ties, engagement over socio- economic issues or a shared concern for environmental issues, nations ‘bond’ over a number of factors.

However, what is most fascinating is the way people and leaders and whole nations bond over notions that unify the world. Food is one wonder realm that goes miles in connecting minds and souls. So much so that there exist fusion cuisines that serve to delight an amalgamation of varied taste buds.

Particularly, gastronomic experiences are phenomenal with their ‘contribution’ towards enhancing ties and bonds of friendship. And obvious it is, for taste is one such phenomenon that appeals to even the most unentertaining being on earth.

China has always been known for its tough stance as regards relationships with other nations. Even then , its equation with South America’s richest reservoir of wonder, Peru, have always held the world attention. Strategic and trade partners for long now, both the countries share an excellent rapport and cordiality when it comes to their friendship. But food and taste have held such great significance in enhancing the bond of the two countries that Peru even celebrates its gastronomic delights through the Peruvian festival of food in China.

An innovative mix of flavors and techniques establishes Peruvian cuisine as among the best in the world. Infusing the culinary delights from Spain, Africa, China, Japan and Italy among others, Peru’s food palate shaped up as a delightful assortment of myriad dishes that combine races and ethnicities, while delivering on the lip smacking quotient every time. resulted in a variety of dishes making up the Peruvian food palate.

The Peruvian menu is particularly sought after for its unique and veritable taste and tradition that sums up its particularly distinctive food and cuisine.

This fusion gives rise to dishes like the unique anticucho de corazón (skewered cow heart), tacu-tacu stew and carapulcra, dishes which have African heritage. Nutritious pastas arrived along with Italian migrants, whose adaptations have resulted in traditional dishes like green or red pasta. Ceviche, Peruvian’s emblematic dish, emerged from a fusion with Japanese cuisine. Lastly, the trend of Novo-Andean cuisine boasts indigenous foods worthy of the most elegant settings, reclaiming the national flavor that is such an important part of our identity.

China’s premier gastronomic experience manifests itself in a Peruvian festival of food that is celebrated in the country. Aimed at boosting Peruvian cuisine and the import of agricultural products into the Chinese mainland, The Peruvian Gastronomic Festival in China has an array of offerings in its fold. Blueberries, avocado, mangoes, asparagus and grapes feature prominently among the produce to be promoted, while tourism in the country is also sought to be given a fillip through this festival with a difference.

asparagus and grapes feature prominently among the produce to be promoted, while tourism in the country is also sought to be given a fillip through this festival with a difference.

Taking over the Chinese cities of Beijing and Chengdu after having opened on Monday, the festival is particularly recognised for the traditional Peruvian liquor Pisco.

With its fruity flavor and aroma making it a big hit among people of all ages, Pisco  is widely popular across Peruvian cuisine with lime juice, egg whites, bitters, and syrup making up the unique concoction.

However, apart from the grape based traditional offering from Peru, the festival also showcased lomo saltado, quinoa, alfajores, ceviche, and other local dishes for the big-time Asian market. 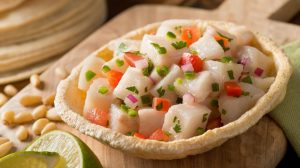 The festival which will run till August 8 also witnessed a training session in Beijing by Peruvian Ambassador to China Luis Quesada, who taught locals the science of brewing the Pisco.

In everything that this particular Peruvian festival celebrates and encompasses, it remains one of the most unique and ‘friendly’ gastronomic festivals ever. However, it isn’t just the Peruvian cuisine that is doing wonders in China. The Asian giant has an equally strong reputation when it comes to being incorporated in the American foodlore.

So much so that Chinese cuisine has even a distinct identity in Peru. And it’s not just the typicality of  a Chinese meal that delivers this uniqueness to its presence in the country with which she shares close ties with.

Chinese cuisine, or dishes inspired by a dash of the Chinese influence is collectively known as ‘chifa’ in Peru. And while the realm of the cuisine is essentially foreign, it is as much Peruvian to the extent in which it is preferred by natives. 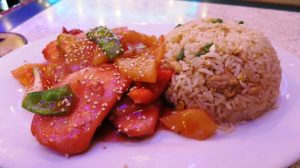 So be it China for Peru or Peru for China, what difference does it make? Rejoice folks,for the feeling is mutual! 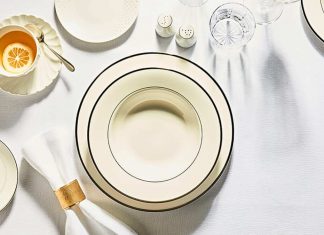 Fasting for all the right reasons 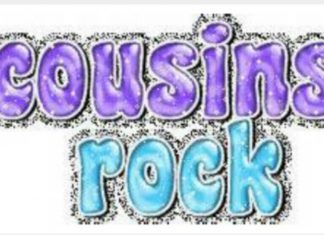 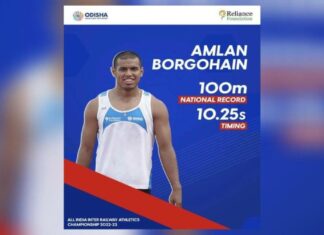 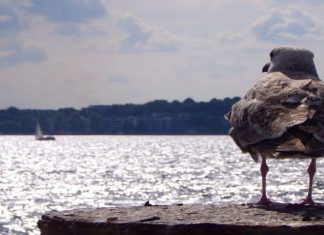