INNFINITY
Home Food The energy and flavour packed fermented rice dish that has remained a... Bangladesh based Kishwar Chowdhury had recently rose to instant stardom globally after presenting Panta Bhaat in front of some renowned chefs as a dish in the grand finale episode of the competitive cooking reality show Master Chef Australia Season 13. Re-christening it as ‘Smoked Rice Water’, the dish was presented in a fancy name and style too by Chowdhury. The traditional fermented rice based dish served with ‘aloo bhorta’ and presented along with a side dish of marinated fried sardines and a salsa of onions, coriander, tomatoes and other veggies won much appreciation from the judges of the show. Although Chowdhury became the second runner-up of Master Chef Australia 13, her dish managed to win the hearts of people mostly from India and Bangladesh. Netizens from these two countries showered her with praises for managing to showcase their simple comfort food in a creative way in an international platform.

Panta Bhat, which is relished by every person from India and Bangladesh is known by various names in different regions. It is called as Poita Bhat in Assamese, Pakhala Bhat in Odiya, Pazhaya Sadam in Tamil, Chaddannam in Telegu, Pazhamkanji in Malayalam and Geel Bhat in Bihar. Prepared by soaking cooked rice in water overnight such it becomes extremely soft and pulpy the next day, it is enjoyed in a variety of forms. The nutritious bowl of steamed delight that is mostly enjoyed with a dash of mustard oil, onions, green chillies and lemons is power packed with flavours and considered as a coolant in summer season. With the oiliness of mustard oil mixing smoothly among the pulpy rice grains and the combination of chilliness and tanginess from the onions, green chillies and lemon, Panta Bhat is a flavour packed food that is good for gut health too. The noteworthy aspect of Panta Bhat is that people of different communities enjoy this popular fermented rice with condiments as per their economic status.

While the people from the farming community mostly enjoy their fermented rice with the usual combination of mustard oil, onions, green chillies and lemons, many families have also been enjoying Panta Bhat with various kinds of curries for centuries. To have a sumptuous and delicious meal with the soft and pulpy fermented rice, spicy mashed potatoes, eggplant or potato fritters, fried fish, smoked eggplant or tomato mixture flavoured with mustard oil and chillies is served. Moreover, pickles of various kinds are also enjoyed with Panta Bhat to enhance its taste. People who had to exert physical labour in order to make a living, especially from the farming community, finds Panta Bhat to be an ideal breakfast as it is a low budget wholesome meal that can provide them with the much needed energy required to carry out their jobs. Due to the love of Panta Bhat among the people of the farming community, it is often referred to as ‘poor man’s breakfast’. According to Ayurveda, Panta Bhat is a pitta pacifying (having a cooling effect on the body) meal whose fibre content helps its consumer to stay a whole day without filling hungry.

Much before the use of refrigerators in India, leftover food, especially rice was enjoyed in the form of Panta Bhat. As Panta Bhat is too simple a dish, it was earlier not found in any food menu of a restaurant. However, as people became health conscious and the tradition of innovating older things creatively in tune with the modern era gain prominence, Panta Bhat came to be touted as a superfood and began to be served in fancy ways in several posh restaurants across the country. In an interview with The Telegraph, Madhumita Barooah, an Associate Professor in the Assam Agricultural University, explained the nutritional value of fermented rice over the usual cooked rice. “About 100 gm of cooked rice has only 3.4 mg of iron, while for the same quantity of rice fermented for 12 hours, the iron content went up to 73.91 mg. Likewise, sodium, which was 475 mg came down to 303 mg, potassium went up to 839 mg and calcium went up from 21 mg per 100gm of cooked rice to 850 mg, after 12 hours of fermentation of the same quantity of rice,” she explained. Apart from the improvement of gut health like reduction of constipation, Panta Bhat helps in maintaining blood pressure, increases immunity, beautifies skin and keeps allergies at bay.

Meanwhile, Panta Bhat is also a mandatory dish to be eaten during the Assamese and Bengali New Year festivals i.e. Bohag Bihu and Poila Baisakh respectively. Panta Bhat has been served in such creative ways in different regions that each person has some sort of childhood tale and fond memories to retell how it was served to them by their grandparents or relatives with much love and care. Moreover, this fermented rice based dish has been eulogized in many a song, poem or tale.

It goes without saying that the habit of reinvention of any food will be a trend for some ages but the simple and traditional ancient comfort food recipes that have been savoured and passed down from generations will continue to be classic and timeless throughout history. No matter, even if the number of restaurants continues to make dishes that will become a hit globally such that people from different corners comes to enjoy it, simple homemade food will still continue to rule over the list of topmost fancy food recipes always and will remain immortal. A best example of a very simple and classic dish that has remain alive even in the era of fancy fast food items is Panta Bhat. It is indeed amazing that a pulpy rice based dish has not even become a heritage food just like so many dishes of the past. The most interesting aspect of Panta Bhat is that the versatility of this energy packed nutritious dish has become more popular and has once again come to be enjoyed as in the past but in a more flavoursome and stylish way. Chef Melissa Leong, who was also the judge of Master Chef Australia 13 described Kishwar’s Smoked Rice as a ‘powerful’ food. “This is powerful food. To have the heart and soul of the dish be all about something as simple as rice and water and seasoning. You know, it is powerful with history and it is powerful with flavour,” she said. 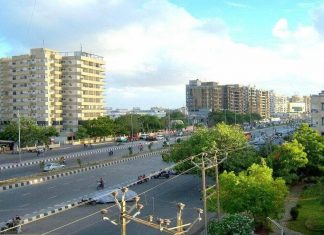 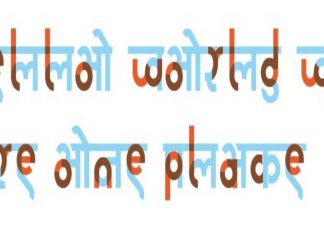