There’s a certain charm in the new. Be it new recipes or new avenues, the yet unexperienced carries a vibe that is diversive. Trying out new and unique foods in particular is a delight for the senses that few things in life can match up to. Let’s therefore explore some really unique halwas and kheers from different corners of the country that make use of such ingredients that really are offbeat. From meat to spices, fruits to veggies, pulses to lentils, there’s no holds barred when it comes to exploring with these amazing food recipes. Here’s some such sweet treats that will baffle you with their weird ingredient base and hold you enamored with their delectable taste-

Given how dals are so much a common element in many sweet dishes, this one should not have been at the top as concerns uniqueness. And yet in being a diversion from the standard moong dal or chana dal halwa, this one scores brownie points. Technically however, it ain’t different from any standard dal halwa. But because masoor is rarely viewed as the most versatile of dals, this preparation of red lentils is something most of us have been missing out on in variety.

Hailing from no any region in particular yet quite common in many regions and still lesser heard of among the many Indian foods– Pyaaz Halwa makes no attempt at concealing what it holds in store for foodies out there. Onions, white onions to be specific, go into the making of this halwa that obviously has milk and sugar doing up the really pungent base. Grated onions are caramelised before they are allowed to cook in milk, delivering thereby a dish that is surprisingly unique and scrumptious.

While benami indeed means without name, think of the irony of a kheer being named benami! And that’s not just the only mind boggling fact about this sweet dish that is less heard of and perhaps even lesser partaken of. A really, really unique dish that trace its origin to the Mughal presence in the country, you can never imagine what this particular type of kheer is made of unless we explicitly tell you. Benami kheer is made of garlic- of all things in the world, to come up with a sweet preparation with not just hints but ample loads of garlic is not just perplexing but nauseatic as well, at least to the ears!

Since onions and garlics are well into the spotlight already, no issue bringing in the meat as well! And no matter how disbelieving a proposition it may sound like, gosht halwa is indeed a sweet treat. An ancient recipe with origins in Rampur of Uttar Pradesh, gosht halwa is surely the one of a kind delicacies. Purported to be a Mughal specialty- something fit for the kings, this mutton based preparation however is a deceptive beauty. Notwithstanding the characteristic distinction that meats carry, you will never know about the main element at play in this dish with just the taste. Made by cooking mutton in milk multiple times to get rid of the smell, gosht halwa is a fusion of sorts. You would have to taste it at least once in life to get the exact feel and flavor of it.

In universal parlance the papaya might be a fruit but in Indian cuisine, it is as much elemental a veggie. Which is why even papaya halwa sounds very unorthodox, albeit pleasantly. But considering how we have had our trysts with onion, garlic and even meat halwa, this one sure would be far less revolting. Not any less exotic though, for sure. And the best part about this halwa is its versatility. Whether you have a raw papaya at your disposal or some ripe ones, this recipe easily transcends all. Also as one of the least fuss free halwa recipes, this is one sweet dish worth trying.

With onions, garlic and even meat done and dusted, the adrka ka halwa does not even come as a surprise. Yet, relish it in isolation and you will realise just how unique this bowlful can be. A predominantly winter staple and more a nutritious pick rather than a treat, this ginger delight is a complete winner. The zesty zing of ginger and the sweet punch of jaggery bind together by the healthy wheat flour makes adrak ka halwa an irresistible delicacy. And as a potent reliever also of colds and pains, who would want to resist this sweet serving anyway?

If halwa can be made with chana dal, so too can it be made from hara chana! While that might not be the premise behind this deep green serving of sweetness, this halwa surely isn’t any less delicious. A Rajasthani culinary delight, choliya or hare chane ka halwa isn’t however just a rich dessert. It also is a healthy dose of uniqueness. In its every biteful, this unusual halwa delivers taste that comes loaded also with vitamins and minerals.

Another essential spice component that makes its presence felt also on the halwa palate is green chili. But while this might sound bizzare to many, trust us Indians to take it all in stride, with our ‘unity in diversity’ approach! Because the teekha- meetha combo has always appealed so well to our senses, this pairing of pungency and sweetness comes as no big deal. The spicy quotient of the chilies is perfectly complemented by the sugary balance. The texture also is pretty smooth and silky, enriched by the flavorful addition of dry fruits and mild spices. What’s more enticing about this chili halwa is- it can even be an indulgent addition to your weight loss diet!

As delicious a sweet treat as unique as it sounds, egg halwa is a divine preparation. Eggs anyway make up for a bevy of lip smacking dishes and this one is no exception. The stirring and cooking however is more intensive though- something not typical of eggs. But once you have mastered the art of making the perfect anda halwa, these versatile eggs will be all you need to eat away your life.

Harey matar ki ghoogni remains an all time classic delight. And so is this unique sweet preparation out of it which we call harey matar ki kheer. The crunchy essence of the green peas and the sweet flavor of the simmering milk makes for a dessert that is pretty and palatable, all in once.

Methi or fenugreek might be one of the healthiest herbs around. But what is it doing in our sweet platter, in all its bitter essence? That’s exactly what we feel when we hear this oxymoronic Methi Kheer doing the sweet rounds. Methi seeds are obviously what dominates the somewhat preposterous preparations, with or without some ricey additions. A healthy dessert specially made for lactating mothers, this traditional Konkani dish however can also surprise you with its refreshing take on most things sweet.

The wonder spice that turmeric is, it’s no wonder that this is the next pick that makes up our list of unique halwas. Honestly though, it would have been injustice for this rich yellow Indian staple to miss out from the sweet space. Specially when onions, garlic and chilies had already made it from the larder. So there it is- raw turmeric peeled and grounded and sweetened into a halwa that makes for a Makar Sankranti special. Too nutritious and quite unique as well, this sweet dose is worth every morsel for health.

Another unexpected recipe on the cards needs to be a halwa prepared out of gobis! And before you wonder whether its the pretty cauliflower or the humble cabbage in your dessert this night, let me tell you- it can be either of them! Turns out like gobis also are quite versatile veggies. In fact in their multiple avatars as side dishes or curries, stuffed inside rotis or peeking out from biryanis, as gobi manchurian or even gobi lollipop, this diversive veggie can throw up quite some surprises. And for catering to the sweeties out there, there’s cauliflower halwa or cabbage halwa for you to dig into, as per your preference.

A halwa made with bananas sure would not raise any eyebrow because of its sweet essence. But what about a sweet dish made from raw bananas that are generally curried or made into chips? Well, delicious. Try out the iron rich kacche kele ka halwa recipe made by boiling raw bananas and then cooking them in ghee and milk for a gastronomic experience that sounds weird but is wholesome and flavorful.

Potatoes perhaps are the most wondrous of veggies. Never have been a veggie so loved in all its universal presence as the humble potato. Crunch it up as fries or chips, make entire curries out of it, fry, roast, steam or boil them, potatoes never fail to amaze. Imagine then a halwa made from this evergreen veggie making its way to your plate to douse your sweet cravings! The plump potato does not fail us even one time as we surprisedly do away with platefuls of this sinful discovery.

If potatoes can make for such wonderful sweet dish, think then how sweet a preparation sweet potatoes can churn out? A ‘diet preparation’, if you so want to call it, sweet potato halwa is high on taste and health but low on artificial sugars. That’s indeed all the winning combination we have forever been asking for.

Hyderabadis love their tomatoes in every form. The land famous for its biryanis sure reserves a special credence in their tomato halwa as well. Also called shahjahani meetha/ halwa, this tomato based dessert surely is one of the most unique sweets you will encounter in your entire life! Trust Hyderabad to come up with such food experiences that resonates from the Nawabs themselves!

Lauki halwa isn’t particularly unheard of. But given how bottle gourd isn’t the most raved about of veggies, we wonder how it would fare as a halwa. Turns out it tastes awesome, which explains its staple presence during festivals and celebrations. Call it lauki halwa or doodhi kheer, this halwa is a reminder of how all things, lauki included, tastes better when sweet!

Lauki halwa might have been unexpected but not entirely unheard of. Another halwa that however resides in the veggie realm is ash gourd halwa that is a bit capable of taking us aback. Kashi halwa or ash gourd halwa, much like the bottle gourd one is a rather simplistic preparation though. A Udupi delicacy, the ash gourd halwa also makes appearances as Kushmandal halwa or petha ka halwa. And this is where things start getting clearer, and sweeter. Because pethas are Indian sweets made from ash gourd as well, the kashi halwa starts appealing as delicious, but unique nevertheless.

Okay, aam ka halwa wouldn’t have struck quite a chord as unique because fruit halwas are forever favorites. But when it’s a kacche aam ka halwa on the menu, things start getting flirty! There’s few things that match up to the summer delight that eating raw mango speaks of. Be it the green slices slathered with salt and red chili powder or the raw mangoes made into some chutney, the tangy taste titillates the tongue to a different intensity altogether. And to discover this essentially tangy haven encroach into sweeter lands- well, we are up for the surprise medley! 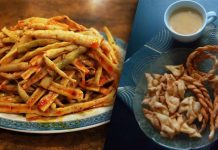 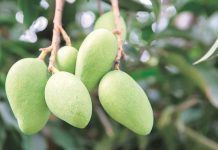 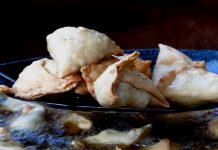 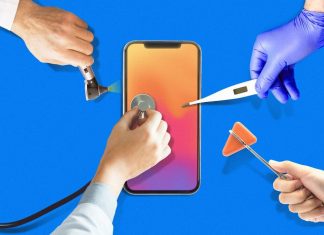 Private Kit: Safe Paths- can technology score over medical in the...