INNFINITY
Home Fashion Jingling along to the melody of the bangles The charm of trinkets and baubles are never lost on anyone. The dazzle of dangling earrings, the glimmer of pretty rings, the shine of a showy pendant is sometimes all it takes to make your outfit go basic to glam within minutes. Or even in just uplifting your mood with all that adornment upon yourself that makes you feel oh so royal, jewelry works upon the human psyche in a manner very characteristic of fashion, but also beyond it. As accessories that complement your look and render you with a definite sense of style, jewelry have been the absolute favorite mode of adornment of the homo sapiens since antiquity.

Despite their increasing prominence as enhancing the allure of the sartorial, the art of jewelry is one that has drawn from traditions and cultures to occupy also a significant place of substance in its own. One particular piece of such adornment rituals that is exclusive to the women of India, both in their aesthetics as well as in their importance within the cultural explorations of the land, is the bangle.

Though not all Indian women today wear a bangle or a pair of them regularly, viewing it more as a fashion choice and style assertion, bangles had been a rather common marker of ‘Indianness’ for the female folk here, not very long ago. More than however the sight of them, that which in all their assortment of colors and glaze present indeed a different kind of beauty, it however is the jingling melody of the many myriad bangles that reveal a world of wonder, in their prominent yet slight continuation in rhythmic motion, as if being a ticker of daily chores in continuation. Waking up to this melody emanating from our mother’s wrists as she would be kneading the dough for the morning chapatis to going along with it through the day as the bangles would work along with her while she would do the laundry and the dishes or even when she lovingly patted our heads in an effort to lull us into the after lunch siesta, even as she herself would be half sleepy all the while from the day’s toil, the somewhat ‘shrill’ yet soothing sound of the bangles permeated throughout our lives as well, even when we are more identifying with the generation that view traditions and rituals and customs as necessary but not indispensable. For indeed, bangles have always been an integral part of the social life of women here, and their personal as well, perhaps imposed but also in choice, for who would not want to sway their lives away to a jingle as enticing as the one elicited from the expanse of these shiny mounds of what would also be symbolism beyond their evidence as items of delightful delicateness?

A type of bracelet made from metals or glass or plastic or other materials as well, bangles had been ‘in fashion’ in India since ancient times. Bangles made from sea shell, copper, bronze, gold, agate, chalcedony, etc. have been excavated from multiple archaeological sites throughout the country. But while bangles are traditionally seen as a marker of matrimony, it is not uncommon to see unmarried women and young girls as well as toddlers to flaunt bangles as well. Derived from the Hindi word bungri meaning glass, it therefore are glass bangles that had been essential elements of the wedding scene in India, albeit with different regions of the country having their own customs and rituals relating to the same. In its origins, bangles date back almost 5000 years to the villages of Mohenjodaro on the banks of the Indus river, a region that today makes for the nation of Pakistan. Notable however it is, and astonishing indeed as well, that a 40000 year old stone bracelet like bangle was discovered in Siberia, traceable to the now extinct Denisovan subspecies of humans!

Bangles occupy a central part of the wedding trousseau of almost every big fat Indian celebration of the nuptials as part of the ‘solah shringar’ of Indian brides. Most recognisable among the all is the distinct pair of red and white bangles that are so customary for every Bengali bride. Known even by their own distinctive names of the pola and the shakha, this is a pair of a white and a red bangle, made from conch shell and red coral respectively, and forms also as important a part of the traditional wedding customs in Orissa. Another type of bangle very integral to Bengali brides is the noa, gifted by the mother-in-law as a simple gold plated iron bangle purported to ward off evil.

Continuing with the color dominion in reds and whites is the equally recognisable choora that is to the Punjabi bride what pola and shakha is to the Bengali beauty. A set of traditionally 21 bangles, though commonly worn today in numbers of 7, 9 or 11, these are generally ivory bangles featuring inlay work given to the bride by her maternal uncle and aunt in the dahi- choora ceremony, and expected to be worn for a minimum period of 45 days, the removal of which also takes place in an equally elaborate traditional ceremony. Choodas though are also part of the wedding rituals catering to Gujarati brides as well as the newly weds hailing from Rajasthan, where the saat pheres are deemed impossible to perform without these ivory mounts on the hands.

But while red and white and of course golden is the color of choice in numerous weddings in India, the southern part of the country makes an exception for green, which we would like to believe is a true encompassment of the ample natural beauty that this region of the subcontinent is blessed with. Worn along with gold bangles as well, the green pieces of beauty are considered very vital to marital life since the color represents proserity and fertility.

Like the coastal states down south, the coastal region of Maharashtra also seeks auspiciousness in the green color when it comes to adorning their brides. Together with solid gold bangles called patlis or patlyas and carved ones called tode, Maharashtrian brides wear green glass bangles for basically the same reason as their southern counterparts. Worn in odd numbers on both the hands, these are given to the bride as a token of love by her in- laws, making them therefore all the more cherished and auspicious.

But while the ritualistic notion associated with bangles have been enough reason for Indian women to fine tune their lives along the chimes of the jingle and jangle, the wearing of this really distinctive piece of jewelry also comes loaded with scientific benefits. Not just bangles though, almost every ritualistic tradition, be it related with wearing some piece of jewelry or practicing certain norms and following customs are more deeply ingrained in science than we attribute them capable of. Coming back to the tinkling world of these pretty circulars of color and grace, bangles are meant to be worn on the wrist so that they cause friction with it, which helps tremendously in increasing the circulation level of blood inside the body, while helping also in regulating the pulse. Even the electricity passing out from the body through the outer skin is helped to retain by the ring shape of the bangles, since they do not allow the energy to escape and instead sends it back to the body. For static shock is very much real, thus bangles can help ward away that sudden jolt of electricity by dispersing the static electricity naturally produced in the human body.

Wearing glass bangles have even profound effects upon the human body, not quite surprising given that most traditions see bangles made of glass as the primary choice for brides. The powerful vibrations emanating from glass bangles can act to considerably offset the intense emotions experienced by a person, by absorbing and radiating the purity of the surrounding environment. Not to forget the melody of the bangles jostling with each other that indeed has soothing effects on the wearer, and sometimes also on others, like most of us can so well perceive from our person experiences with that gentle clink of them. Much like the ringing of temple bells, the sound produced by bangles also helps improve focus and concentration. This same benefit of wearing bangles also extends to the fetus when the woman is pregnant, presenting as sound therapy, whereby it provides acoustic stimuli to the baby. Also endowing of a sense of reduced loneliness and security is this rhythmic jingling of bangles that helps therefore in the emotional development of the yet to be born life, by calming down the mother and reducing her stress and associated chances of depression.

Another way in which wearing bangles can be helpful for women in general, and expectant mothers in particular, is by protecting their wrists. With the bone density of females typically lower than men, more so for pregnant women, the bangles help support the wrists and therefore aids the arm bones as well as the muscles by absorbing the jerks and impacts encountered on getting the wrists hit.

Venture beyond the realms of the traditional and even of those guided by health reasons and you would still find bangles capable of holding enough charm to glide them down your hands. Once seen as a very ‘desi’ mode of accessory, that which would only suit well traditional items of Indian clothing like the sari and the kurtas or salwar suits, and some other form of ethnic dresses, bangles today have found wider acceptance among fashionistas and the like. Sporting the traditional choora with western outfits like jeans and tees is increasingly becoming a popular fashion choice, quite interesting in being an amalgamative premise of style, helping to make an effortless statement in fashion consciousness. Today, the modern Indian women wears bangles with everything and anything they want to, not shying away from its restrictive image as a traditionally ‘bound’ item of feminity, choosing to dwell rather in an expression of fashion and personal identity that resonates with them the same way the joyous clinker of bangles related to all Indian households in the past.

In the realms of the cultural as well, bangles are equally effective means of drawing attention with numerous Indian dance forms relying on the tinkling of them as music they perform to the tunes of. Another spectrum of the associated notion of culture sees bangles gain prominence in its Indian identity, albeit not essentially in a manner that can claim a place of pride, with the town of Firozabad being the largest manufacturer of glass bangles in the world. Elsewhere in the country, it is Hyderabad’s very famous Laad Bazaar, taking its name from lacquer that which is used to make bangles, that displays an exclusive and impressive line- up of bangles in different hues and types, of myriad make and designs, standing for a cultural identity embedded within a part of what so uniquely defines the many charms and sounds of India. 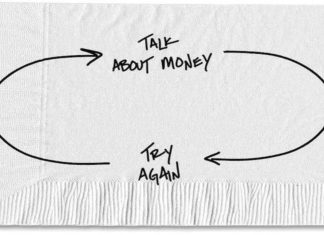 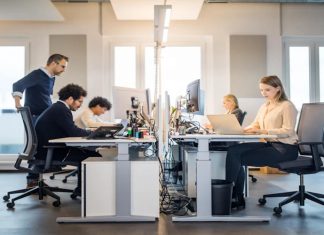 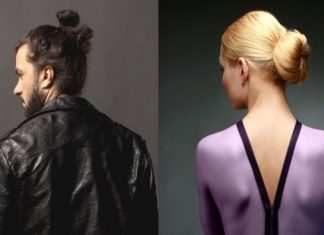