INNFINITY
Home Lifestyle Blast From The Past: The ’80s If the ’70s was an era of political turmoil and chic fashion, the ’80s represented bolder choices and stepping outside the box. Here’s what the ’80s blessed us with.

Shoulder pads, used to enhance the silhouette and give an illusion of broader shoulders, were one of the most wildly popular fashion choices of the times. It eventually became a must-have item for the New Woman and a statement of sorts. Whoever wore shoulder pads meant business.

The ’80s are associated with bright pops of colour and, of course, the start of the Neon Revolution. It’s not really a revolution but everyone back then had to incorporate some sort of neon-coloured item into their looks. As far as makeup went, the brighter the colours were the better.

By the 1980s, Amitabh Bachchan established himself as a force to be reckoned with. His intense roles and demeanour earned him the title “The Angry Young Man of Bollywood”.

In 1983, Michael Jackson released Thriller. The music industry would never be the same again. From his smooth dance moves to his inimitable vocals, everything about Thriller was ahead of its time.

Disco took the world by the storm in the early 1980s. Everybody wanted to wear some sequins and dance to some disco. While it eventually fizzled out, its impact was seen on other genres, from funk to synth pop.

Be it G. I. Joe or He-Man, kids in this decade played with masterfully crafted action figures that would mimic the actions and movements of its animated counterparts.

Everybody had a landline number back then. We may be used to wireless technology today but phones back then entailed innumerable wires, cords and remembering everybody’s phone numbers. 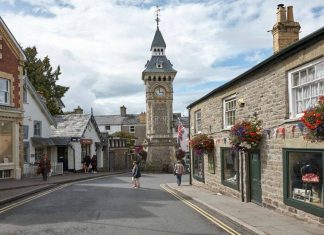