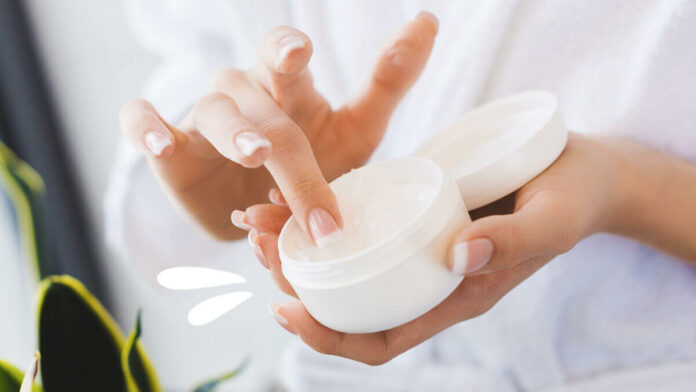 A key element of beauty regimes and lifestyle choices since eternity and one that continues to march along a path of prominence not in the least subdued, cold creams speak of a nostalgia almost in the commonplace essence of its necessary usage. Very evident in their lustrous, non dripping texture that speaks at once of a certain heaviness, this very characteristic of cold creams might have done quite some bit to diminish their status over time. But they exist still as a classic case of the toiletries, in their essence weighted still by the heavy premise of them upon which they have rested and flourished and thrived for an astonishingly long period of time as per the standards of human counting. As one of the oldest of beauty aids to have been around, cold creams dwell in a distinction and charm that should outlive indeed the period of its prominent popularity which by the way is still significant enough to give the more ‘haute’ lotions and sunscreens and the like a run for their money.

Hailing from times as early as the second century has been this ancient Greek invention with surprisingly credible and definite mentions as well of its concocter, credited as it is to the physician Galen in 150 C.E. With close to 2000 years almost of commendable continuity, peaking indeed through times considerable to warrant upon it fame and name in the forever aspired for ideals of goodness in beauty and wellness of the skincare classification, cold creams make for a staple of winter time self care routines even when they lend themselves within that capacity to a variety of purposes as well.

It isn’t just the versatility of cold creams and the enduring legacy of their character in relevance that spans as amazing though. Equally intriguing is the very name of them, taken after a certain trait that they essentially have been living through all along their run in history. Cold cream derives their identity from the ‘experience’ of their application upon the skin that in turn is an entailing out of the composition of them. Essentially a mixture of water and oil, the topical application of cold creams tends to be rather palpable in the cooling feeling that it endows due to the water evaporating out of it when rubbed along the skin. And this forms the premise for cold creams to take upon the universal recognition in the cooling charm, somewhat ironic though in its more definite identity as a makeup mainstay during the wintry course of the world.

Coming back to its composition, this time in terms of ingredients and the earliest variant of Galen’s cold cream was formulated as a mixture of rosewater with beeswax and either almond oil or olive oil attending to the essential element of the oils. Essentially water and oil are equally proportioned to craft cold creams, the modern versions of which largely do away with beeswax as the emulsifier due to the inefficiency of it. Unlike the classic case of oil in water tending to get absorbed all at once into the skin, cold creams sit instead on the face in very palpable assertion of its presence owing to its formulation as equals. This is what has made cold creams sought after in their functioning as a moisturiser, one that works well enough through its distinct resting upon the skin surface explaining just why it is so much the winter wonder that helps with the dry conditions of the body brought about by the characteristic quirks of the season.

The moisturising aspect of nourishment is what cold creams afford through their occurring as a cream in the first place. But the as innate agent of the water also ensures that it performs as effectively as a hydrating product as well. Specifically as an end of the day turning to for revitalising the skin or so as to say the nighttime routine that it has proved to be through all its time in existence, cold creams are amazingly functional. With the seating of the cream upon the skin throughout the duration of the night, cold creams make for a relaxing and rejuvenating treatment of sorts that helps improve the texture and complexion specially in regard to those possessing dry skin.

The properties of cold cream stem out thus as versatile enough to warrant it also other modes of taking to the beauty route. Partaking this distinction in all rounded character that is what has ensured its staying on course over times and ages across spaces and realms is also the evolution that this definite agent of skin wellness has seen ever since its emergence in antiquity. Cold creams aren’t just one of the earliest beauty aids to exist; they also have been the first in their field to be mass produced. The composition of them has been changing of course in keeping up with the demands- both of the times and its users, and this is another reason why they have continued to find use in some way or the other.

Modern day cold creams more often infuse mineral oils and essential oils into their being but they fall somewhat short when it comes to the ‘nutrient profile’. Because as whimsical as it might sound, early versions of cold creams tended to be laden with antioxidant rich and fatty acidly profused oils and elements with further additions and innovations also enhancing its residing in goodness. The same cannot be said for the commercially produced ones of course. But they still are worthy enough by current standards to find widespread enough use as a traditional almost conduct in beauty.

Cold creams though do not just replenish and beautify the skin, they also are as apt agents in other requirements of the beautifier kind. Beyond their properties in hydrating and moisturising as part of their very nature, this age old remedy in skincare has also long found use as a cleansing agent. The thick, heavy essence of cold creams makes them particularly suitable as products used to clear the skin off both makeup and dirt which by the way is yet another route to healthy skin. Interestingly this functioning of cold creams as makeup removers has been availed by its application as a makeup base in fact, holding the ground upon which layers and layers of powders and foundations and creams and blushes are blended and painted.

Due to its residing in the characteristic quality of not seeping into the skin completely as well as in its considerable coating upon the face, cold creams help in easily getting rid of the numerous products that are capable of ruining the skin unless completely and thoroughly removed through a dedicated makeup removal regime that can be quite bothersome to undertake regularly after a long day of work. That explains why theater actors so rooted for this ingredient in both the cause and consequence of it in their daily mode of heavy makeup deemed an essential part of their everyday work and life. Indeed, so prominently standout has been this particular mechanism of working of cold creams that the times of the 1920s saw it being used almost exclusively as makeup removers helping to get rid off the bit too many commercial cosmetics that had by then penetrated profoundly into the lifestyles of also the average woman.

Why cold creams came to be the chosen one in case of makeup removal over the traditional methods of soap and water would be indeed the convenience of it. As something that one could carry along with them without any other element needing to be attended to, cold creams catered to the increasingly essential desire for practicality. But it also would be once again the hydrating and moisturising properties of the cream that made it the better alternative over soaps that tended to dry out the skin. A complete product in itself whether it be in attending to the aesthetics of beauty or the wellness of it, it should be no surprise that cold creams have never really managed to go out of ‘fashion’ despite seeming like it would most likely do and in all imminence of it as well.

The popularity of cold cream sure dwindled though in the face of more lightweight and advanced cosmetics being innovated constantly and curated specifically to aid exclusively single functions in all their dedicated crafting to that effect. Add to that the perception in somewhat discomfort owing to its classic heavy, greasy texture as well as its more effective catering to dry skin and cold creams would not continue to be quite the rage that they had been for quite some time in history. But it also has been this exact nature of its oil to water based composition endowing upon it that very evident assertion of feel that made cold creams also reach out to other areas upon the beauty ground. The high concentration of mineral oils and waxes make cold creams a superb substitute for lip balms and salves specially during the harsh days of the dry winters that leave lips all chapped and swollen and hurting.

Additionally cold creams have been touted to reduce the appearance of fine lines and wrinkles while helping clear blemishes from the skin and brighten it as well, making it therefore a beauty product not just catering to the most concentrated upon area of the face. As a tried and tested, age old even if commercial remedy to skin dryness in particular and reversing other associated conditions in general, cold creams are often used as moisturising solutions throughout the length and extent of the entire body and not just by women as well. For indeed cold creams also have been fairly popular in their use by men for hydrating their skin and lips and as body lotions as well, even finding yet another alternative use from that same basic prevalence in moisturisation.

As a shaving cream also, cold creams have managed to eke out a definite identity for itself and again as one that does not cater to just one section of the population either. Also in catering to certain areas of the body specially susceptible of taking upon the harsh treatment like the heels and the elbows or the knees, cold creams have been the go to product to dig into. The skin lightening and brightening effectiveness of them also means that cold creams also find use as after sun treatments or as anti tanning agents either to soothe sunburns and a host of its irritant symptoms or to just reverse the darkening effect upon the skin. A cleanser and a cooler and a cosmetic all at once, it’s hard indeed to not lend oneself to extracting the utmost benefits out of this centuries old classic in external charm and internal care. 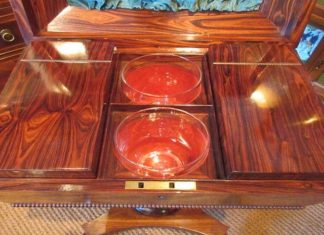 Tea tales across the table

Top 10 richest Bollywood actors with an astounding net worth (2020)