Of prominent tea time musings such that can never be evocated by any cuppa else whether that be of the forever fancied joys of the joe or the newly emergent fads of the many swishes in healthy sophistications galore is a custom very quaintly captivating much like all other things catering to that eternal romance of what makes up the tea indeed. And while the gossip and the get togethers characterising an exciting sip upon the cuppa over the refreshing slurps of it might be a rather dubious distinction for a drink so profusely loved and indulged in all over the world, the whole affair of tea still makes for a very charming, curiously gratifying experience in entailing from a blissful pursuit in the leisurely necessities of life. No less commanding of attention are the many different ways and traditions related to this seemingly simple indulgence in what amounts to indeed as the elixir of life, as are the certain some customs inevitably attached to this age old ‘behavior’ in universality.

There are some elements so integral to particular things and the specific experiences of them that they occur largely across such modes of their happening irrespective of whether or not they happen to spring upon utterly traditional premises of that act or entity in question. No diversive is the medium out of which the tea sipping experience is availed as well in commonplace reiterations at least, if not in absolute and exclusive terms of such characterisation so much so that the very terminology catering to this scheme of things is always a wholesome reference to this universal adhering to a norm of its being.

Thus there are teacups and teapots and tea strainers and tea infusers and even such more encompassing deployment of teaspoons and the like that prominently lend tea an identity in its existence definitely along its own dimension in dwelling. It is in the very tea prefix of such entities out of which tea is poured and sipped and stirred and infused to ultimately be enjoyed as the ultimate experience in part indulgence part necessity that establishes indeed the immense hold this beverage brewing for long since times forever yields upon the entire worldly ‘awareness’. And while this might be a veritable assertion in might of the potent flavor through which tea works out its charm in often steaming sips of delight, there still is another wholesome existence still that defines entire tea episodes and experiences in a manner indeed very ordinary but that which so exquisitely delivers a different realisation altogether upon this brew brimming with the wafting whiffs of nostalgia and resplendent in its hued alluding to the myriad colors of life, as a beverage that is therefore as much an ode to living as the celebration of it.

Exclusively evoking of the tea emotion but not essentially emerging from it is the cup and saucer rendition in convenient sipping upon the cuppa- or more accurately from the plate instead. The pouring of hot tea onto the saucer and drinking it thereupon is a classic element encountered in the defining dimensions of the tea horizon though this is a practice that is not so much rooted in tradition as it is in furthering the laws of nature, if not exactly the science of it. The logic behind this one largely popular custom is simple indeed- pouring the really hot tea upon a surface with greater area helps cool it down faster allowing therefore die hard tea lovers to not have to bear the excruciating pain of burning their mouth while attempting to sip upon the dangerously steaming tea they simply cannot resist as the very glance of it. This plate upon which the tea is cooled almost instantly is therefore the counter to the impatience that takes over the senses and sensibilities of one wanting to slurp upon their tea the moment they are served their cuppa of comfort, enticed as they are by the wafting aroma of the brew or the appeasing sight of its milky richness or even the immense rush of emotions overtaking their person in merely sensing the unmistakable presence of that elixir at hand.

But as stirring of the senses as it might sound, as an experience in a manner removed completely from similar such adages in drinking such as coffee most certainly in what happens to be the closest cousin of this tantalising trail of the tea, this purposeful indeed mechanism of drinking tea from the saucer rather than upon the plate has now come to amass a reputation rather unfavourable. In its viewing across such attributes as uncouth and not so cultured and the like, this largely taken to custom in tea drinking particularly during the years of the 18th century is no longer as prevalent as it once used to be. But the waiving off this functional aspect in essence does not in any way make the entire cup and saucer narrative irrelevant to the whole tea affair for indeed it is upon their placing on these firm plates of complementing charisma that the dainty and elegant cups holding within themselves that massive experience in universality of the phenomenon called tea find the most exquisite expression of their selves in unfurling.

The utilitarian exploration of saucers might be multi dimensional a revelation even in their exclusive almost allegiance to the tea taste but the basis upon which they charted out their journey as part of the greater crockery parlance finds expression in the very name of them. As small dishes meant to hold sauce or such other condiments, this entity referenced as such in the Middle Ages though toned down to take position instead beneath a cup, occurring as small plates usually with a shallow crater like depression in the center for the cup to hold its own in much comfort. This very caved in feature has also been what has aided the popularly known if not as popularly practised custom of pouring the hot tea upon the saucer for faster cooling and consumption, making it more conducive in not spilling over.

Beyond this reiteration in functionality, or rather alongside this necessity of historical almost basis, the saucer also allowed for a ‘place’ to put aside that stirring spoon meant to mix the tea with the sugar or milk and such or the teabags soggy right out from the cuppa it just so perfectly ended up infusing with all its flavor in excellence. Additionally, the saucer also performed along the lines of what a modern day coaster would do, saving the tables or linens from being imprinted by marks often made by used teacups or dripping ones, while also effectively preventing spills and splashes of the potent brew from encroaching upon areas not intended for those stubborn stains of definite tea time explorations. The saucer also takes place between the cup and the table to ensure that the warmth of comfort emanating from the cuppa does not mess up also with the ambient aesthetic of the table by not letting the heat of the tea cause whatever damage it might have intended to.

And yet, despite all such multifarious leanings of utilitarian essence, cups and saucers have never been more evoking of the tea experience than that custom in its pouring out of one into another for an optimal slurp upon this beverage of many an immensely enriching endowings. In fact so ingrained is this practice in pouring out of cups and drinking from upon saucers that has even commanded the distinctive identity of occurring as ‘saucering’, as a much common way of life not exactly traditional but taken to still by more than a couple of cultures globally. Be it the Russians or the English of the Western world or the Chinese and the Indians of the eastern part of the globe from which tea embarked on its journey to ultimate universal popularity, this favoring of the saucer to drink out of is rather embedded in the whole notion of tea sipping and slurping.

From among this global adherence though, there is one particular nationality that sustains even further this tradition in tepid teaness. Older folks of Sweden still drink their tea in a fashion innately immersed in this saucering technique and in the very essential noisy almost temptation of it. From the cup onto the saucer the beverage is made to land in a gentle splash of visible heat, after which it is set upon to be worked by the holder of that brew by blowing it a little and gently as well to further effectify the cooling process. Equally ‘binding’ is it to slurp up the now optimally temperatured drink in display of some sounding prowess as well, in a manner that while might not be considered the most polite of all, still makes for a custom not really discouraged.

Another associated custom and one equally intriguing as well that the tea drinking Swedes continue with is to take a lump of sugar between their teeth and sip the tea from the saucer through that sweetness permeating the entire curious experience of it. In fact so resounding has been this prospect in saucering in the Swedish context that they even have ‘nationalised’ this otherwise universal way in tea drinking by that specific elucidation in Dricka på fat (drink from a plate, i.e. saucer).

Usually not so much associated with a rather dignified social seating and alluding more to the working classes generally believed to not have the time to enjoy their tea as an experience in immense luxury so much so that they needed to cool down their sips as fast as they could, this more than definite dive into the ‘shallow depths’ of a saucer full of tea might not be the most defining of the tea time trends today more identified in the teacup or at least the cup and saucer in conjunction. But the very experience of that tea time enjoyment complete with a matching array of the cup- saucer essence both in prettiness and in purpose lends indeed a very classy charm to this whole affair in everyday elegance. In holding up indeed that cuppa of so much warmth, emotions and above all essences immense in a dignified, stately almost setting of lofty standards eked out from the very prevalent purveying of the tea trail, the supporting play of the saucer stands out across every bit of its substantial surmounting of the many steaming cups of tea. 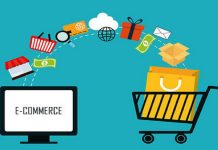 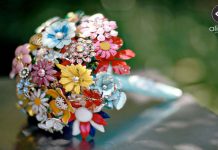 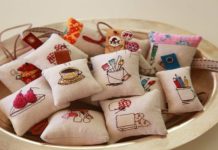 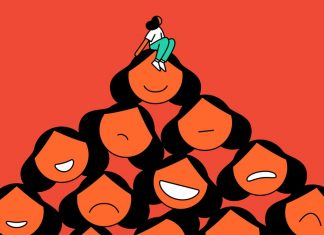 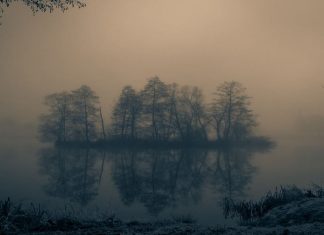