There perhaps are only a few worldly seatings one has access to in utter commonplaceness and that which still lends the person an awareness of privilege than what a chair to oneself at the dining table dwells upon their ‘identity’. And while philosophy isn’t something you would fancy being served as part of the dinner spread across the dining table, it sure is true that the activity around these ‘hosts’ of things as sumptuous as food surpasses more than well the nature of it as implied by their definition in essence. For dinner tables aren’t just mere pieces of furniture, lifeless entities that is, where you partake of food as being a necessity of life. It in fact is the premise upon which feasts are lain and meals are enjoyed though not just in such foodly assertions of them, incorporating also such humongous slices of conversation and fanning hearty relishes of many a relations that which makes them an ‘institutional framework’ along which eating is designed to take place. And no, it isn’t also just about the activity of the chewing on that stuff that fills your appetite and feeds your soul but also as essentially the experience that cooks through it, stirring along with it laughs and solemnities as per the occasion and lending therefore such peculiar flavors to life that might have nothing at all to do with the gastronomic jargon it is expected to be more than well versed in. For, food is sustenance and any and every activity entailing out of this basic life requirement is but a necessity for human life itself to strive and thrive in its numerous many explorations.

Predisposed therefore to such assertion of the human desire for what feeds them, both in mind and in body, and therefore intricately essential a charting for them have been specific realms of the dining that have existed long since antiquity though not in such lengths and heights and widths that could yet tabulate them as tables. Dining rooms were what were designated areas of such concern that tended to largely revolve around elements of the gastronomic and availing of these spaces first and foremost had been the ancient Greeks who instead opted for couches to be the standard furniture housed therein. It had been much, much later in the definitely more modern days of the 16th century that dining tables came to be a thing. And while they might not have made food any more palatable than it already was, these considerably larger tables than the ones earlier used, if so at all, they sure ended up adding a different dimension to the innate pleasure derived indeed out of all things deemed as epicurean.

The Greeks’ vision of dining might not have yet come to carve out a dedicated table for their feasting exploits to unravel but their experience of it was significant enough to endow upon what would well be the first dining room anywhere in the world an identity of its own. Across the formal expanse where they indulged in delicacies and dishes, the Greek men also explored such pursuits as academics and entertainment, laying perhaps the ground upon where the culture of the whole dining thing came to be. Referred to as the andron, this first of formal dining rooms though did not feature the centerpiece furniture of the dining table that today assumes as distinctive an identity as well. Outside the Greeks and in the alleys of ancient Roman living, the specially marked place for breakfasting or lunching or dining was called the triclinium. But even in the different names alluding to different people in regards to what shaped up their experience in the chomps and the chews, the premise stood still- of having no regard at all for a dining table to find space.

Despite its only very recent inclusion in the dining scene, the dining table has managed to deliver along its length a utility of immense reputation. The emergence of a table to regulate the dinner scene indeed has been a matter of convenience, in placing of eatables and seating of eaters, endowing therefore a ease as well as an elegance in the dining scheme of things. As organised, cultured and refined platforms across where the eating essence could be pursued in all comfort and leisure, dining tables marked an essentially more civilised way of satiating both the need and greed for food in such sightly assertions that confined the aftermess to a specific area of cleaning. Practical and purposeful therefore in all it turned out to be, the dining table presented itself as an expanse upon which humans could further their claims of catering to the civilised character, while fostering also their innate craving for connect across social churnings. Even if that experience in socialness is oftentimes explored only along the habituated routes of the familial, the dining table helps still us humans in coursing through our identity along the social trail. As the epicenter of where families manage to gather for a dig into the platters of delectableness, all while going through their individual encounters with the day and therefore with life, catching up therefore with each other, rekindling love and forming memories, or simply coming together in the true assertion of what it means to be a family, the dining table transcends well its own identity of the lifeless to imbue itself with the wonders of life in such discrete dynamics that make it indeed the heart of what transforms houses into homes.

And yet, it isn’t also only in stirring the appetite of the soul and satiating the stimulus in sophistication rendered by dining in organised style that dining tables came to be prominent. Even in their largely heralded essence as upping indeed the ante associated with the essential human exploration of a shared family meal across their top, dining tables came to amass such significance alluding instead to their more than fair rendition in harbouring the wealth of human health. Associated with such scientific recommendations of mindful eating and balanced diet and eating healthy and the like are the reiterations in which the importance of the dining table comes across in more evidence. Whether it be a modest four seater or a decent sixer, or perhaps the more sprawling accommodators of eight and more eaters, the dining table incorporates within it the identity nestled in name, delivering such delicious doses of delicacies as well as potent pecks of the purposive platter that in itself lists out the recipe for health and happiness for all those who choose to hinge on its humble premise of heartiness.

Even in all of its humility and dignity, the development of the dining table into a quintessential piece of furniture upon which food came to explore its own parlance of taste as well as traditions involves quite a few encounters in digression of this essence. Even as the Middle Ages saw the dining table span out as portable lengths of great measure, first associated with monasteries and later encompassing the feasting scene in more assertive appearances at large banquets of the castles of yore or the residences of the gentry and the noble, the customs of the rank and status began to play out already, much in sync with what had already characterised the ancient Greek and Roman experiences of the devours. It though hadn’t been just class and societal distinctions either that marred this premise upon which food was served.

The notion expanded also to include gender differences, not very removed from the earlier assertion as well but in a manner that endowed upon the dining table a certain peculiar image. Despite being mostly attended to by the women of the household in perhaps continuing with their stereotyped essence as homemakers, the dining table came to assume a surprisingly masculine profile. That though was a ‘personality’ it was made to take upon as a draw from a certain 18th century norm of women withdrawing from the room soon after dinner while the gents continued to dwell in that abode of indulgence, enjoying what had been till then largely male entitlements of the drinks and the smokes. As therefore a premise frequented more by the men of the world in absolute exploration of its expanse, the decor and furniture of such spaces including of course essentially the dining table as the quintessential piece upon which all events came to be tended to look and feel masculine as well.

This amusing association with the unwomanly of the world that dining tables had to further even led to more distracting a development that had nothing to do at all with their jargon flavored with the fancies of food. Pertaining to that era of the Victorian ruling had been prevailing such notions that discarded any expression of female elements even across the realm of what appealed in their aesthetics. Considered risqué to such extents that did not even forfeit the essential premise of standing for something as inanimate as the dining table from this ludicrous indeed distinction, ‘unseemly’ table legs therefore were strictly covered up to set off any such undue arousing of the many a manly fetishes that could perhaps dawn danger upon the ‘dignity’ of the table. That sounds utterly unreasonable indeed but reason isn’t certainly what is served along the lavish courses that sets up their counter across the fore of the table intended for dining. In such subjection to eccentricities of unfathomable range, the dining table though has managed to maintain its decorum as an identity that plays host to all things feeding of the diverse appetites of the human existence, and not just in the elaborate lounges of the epicurean. 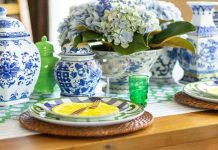 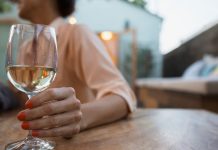 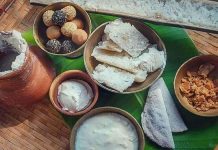 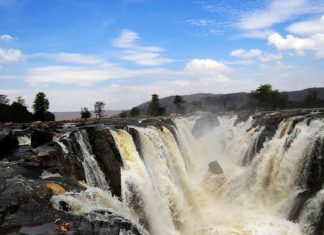 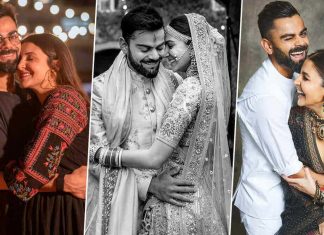