INNFINITY
Home Lifestyle The Asian style of sitting, a healthy way of living Much like European existences and the amalgamated American identity, the array of countries that make up the continental hinterland of Asia also reside in quite a few similarities of tradition and practices and shared views and ways of life. Very much then when the very prominent east Asian countries of Japan, China, Korea et al and the southeastern nation of India indeed bonds well over a range of elements that they all reside in, in tandem with their geographical continuity and culinary closeness, think how fermented soybeans for one makes for an iconic part of the cuisinal experience of either of these Asian neighbours, another rather distinctive but similar sphere of their living saga extends as a matter of their ages old lifestyle, one that contributes so innately to their culture and life and health beliefs that makes each of them steeped in their own unique way of mindful living in such assertions that has the entire world looking up to them to take a lesson or two from the rooted mode of their everyday living.

One such way of living that finds resonance in the culture and tradition of either of the aforementioned Asian countries is the connection they harbour with the ground. And before you go about contemplating metaphorical or philosophical meanings inherent in this sounding of profound gravity, let us assure you that the profoundness asserts itself rather physically in being a practice easily discernible by the eyes even while bearing greater significance that what it seems capable of. What should have been known colloquially as floor sitting emerges rather to take on the very ‘nationalist’ interpretation of Indian style, pointing to just how deeply ingrained this particular mode of seating is in the Asian identity. Known also as the Turkish style, indeed because the tradition prevails also in the Eurasian hinterland of Turkey as is plausibly evident in the many breathtakingly beautiful rugs and carpetsthat the country is so famous for, the reference of this continuing way of seating cross legged in the other Asian countries we sought to explore is much more particular, manifesting therefore its presence in such names that are exclusive to them.

Korea calls it the Yangban style, presumably after its traditional ruling class while in Japan it goes by the understanding of seiza, or more distantly perhaps even agura. While agura is the cross legged way of sitting, seiza is more holistic, referring to the traditional formal way, that which is particularly adhered to while taking on a host of traditional Japanese artistic activities like shodō (calligraphy) and ikebana (flower arranging), even as it is the posture taken upon during traditionally essential Japanese tea ceremonies and certain forms of martial arts. But even with differing etymology and varying nomenclature, why sitting on the floor or the ground continues to encompass such importance in many a world cultures, even when being particularly deep seated in the Eastern world, is of course the range of health benefits it is capable of endowing on the physical and mental being of humankind. Not surprisingly therefore, this cross legged way of sitting on the ground makes also for one of the asanas of the now globally much touted originally Indian practice of yoga. Known as sukhasana, this particular ‘pose of pleasure’ is also sometimes used as a meditative technique in both Buddhism and Hinduism, underlying therefore the physical as well as spiritual basis on which it serves to work.

The importance that the floor sitting aspect rests in, perhaps in cultural notions, perhaps in scientific temperament is in fact so real that it extends as well to other related areas of daily existence as well. Particularly in Korea, the sitting exploits on the ground have necessitated the invention of such techniques that effectively keep the floors warm to ensure that the traditional way of seating does not fall out on the face of the supposed convenience of modern day chairs and cosy sofas and comfy bean bags, even when it has been also a rather ancient continuing means of the traditional. Known as ondols, which means warm stone, this refers to a form of underfloor heating specifically desirable for the Korean masses who still adheres by such customs that leads them to sit and sleep on the floors or at least work and eat at low tables instead of high rise ones. Somewhat related are the Kang bed stoves of China, both of which point only further to the importance that the ‘floor connection’ has come to foster in either of the countries. And why just these Asian nations, the benefits of sitting, sleeping and even eating on the floors are numerously amazing, commanding therefore today the attention of the entire world as far as staying grounded, quite literally, is concerned.

Despite however the all pervading range of goodness that this pursuit of floor sitting leads to, it is interesting to note that not all floor scouting systems are rooted entirely in health benefits. Particularly in Japan, the ritual is more customary, one that is more closely rooted in the cultural ambit of its existence as a nation. One major reason why the Japanese began out by sitting on the floors and continue still their affiliation for the same is the very way in which traditional Japanese houses were made to be. Traditional Japanese style rooms called washitsu made for a primary factor why the nation came to be literally living on the floors. Lined with tatami mats made from rice straws which made it impractical for heavy furniture to stand on them since the placings would leave marks and therefore damage the soft mats, the Japanese people resorted instead to sit directly on the tatami or on zabuton cushions or some special low chairs while they slept over a futon directly laid on the floors. Also in use has been special low tables called kotatsu that comes also with heating systems to ensure that the cold of the floors do not get unto them. Apart from such cultural elements, it also has been the physical assertion of the earthquake prone nation that renders it better off in sticking to the floor. Less furniture indeed is something that effectively offsets the risks associated with such unpredictable natural disasters while another case in point might be the small expanse of the houses in a densely populated nation which makes it only feasible to have such furniture that can be conveniently put away when not in use. Whatever the underlying reasons may be, the Japanese indeed have been reaping the rich benefits that a lifestyle rooted more in floor sitting and sleeping and eating enables, since times in history continuing also to the realms of the modern day world.

Coming though to the healthy aspects of it that has continued to present sitting on the floor as a continuing way of life in both traditional and modern essences of it, the effects are rather varied. Particularly within the context of eating while sitting cross legged on the floor, the most prominent benefit expected out of it is better digestion, aided by the back and forth movement of the lower body that helps therefore the abdomen muscles to better secrete digestive juices. The same mechanism is also believed to lead to weight loss brought about by the bodily exertion of sitting down and getting up that counts as some sort of an exercise. Another way in which the yogic pose of sukhasana helps in efficient digestion of food however works in a manner not so physical. As a posture that calms down the mind and applies pressure to the lower spine to facilitate relaxation, sitting on the floor while eating translates also to more mindful eating, perhaps not to the extent in which you watch what you eat but in that you are more aware of the whole experience. Also, eating with a calmer mind is known to ease up the body thus facilitating the whole process of assimilation and digestion.

The calmer, relaxed effects brought about by maintaining the posture that is inherently required while eating by sitting on the floor extends also to the realm of your personal relationships, specifically the people with whom you share your meal, wherein you experience a greater level of bonding and a happier, more enriching time together with them. Sitting cross legged also helps ease up the nerves which in turn improves the blood circulation in the body, yet another way in which the body’s digestive mechanism is bolstered meaning that sitting and eating on the floor helps you out in more ways than you can even imagine.

Of course the benefits of floor sitting also is as much governed by its mechanism of helping you achieve the right posture, one that is conditioned to suit the physical structure of human beings who ergonomically were never made to withstand long durations of sitting on high rise chairs and stools, throughout their lives. By increasing flexibility through expansion and extension of the body in natural movements, this particular way of going about life is the most basic since it is the most natural. It somehow helps also connect religiously and spiritually, perhaps by calming the mind, perhaps by keeping you connected with the world or simply perhaps by rendering you more conscious of your being. Apart from sitting and eating on the ground, even sleeping directly sprawled out across it, of course with a folding beneath also helps the cause of particularly the elderly and the children, as it minimises the risk of injury from falling while in sleep.

No wonder then, with such an amassment of wonders stemming from the humble entrenches of sitting on the floor, whether it is something you do for cultural beliefs or for health pursuits, a particular concept centering around this way of the good life is now a huge lifestyle trend. Known as furniture free lifestyle that involves doing away with most furniture pieces either as a way of minimising mess or as a way of maximising space, or even living within modest means, not to mention embracing the range of benefits that comes freewheeling with it all, this tendency to return to the roots, by sitting on the floor for all daily activities is seeing an upward trend. Moving out of Asia and into the western world from where the furniture free lifestyle originated is this age old mode of living as truly as possible, with fancy terms, with fancier incorporations and in the fanciest Instagram worthy spaces, all with a sprinkling of hearty health and amazing aesthetics serving in dual measures the ultimate fancied aspirations of the good life. 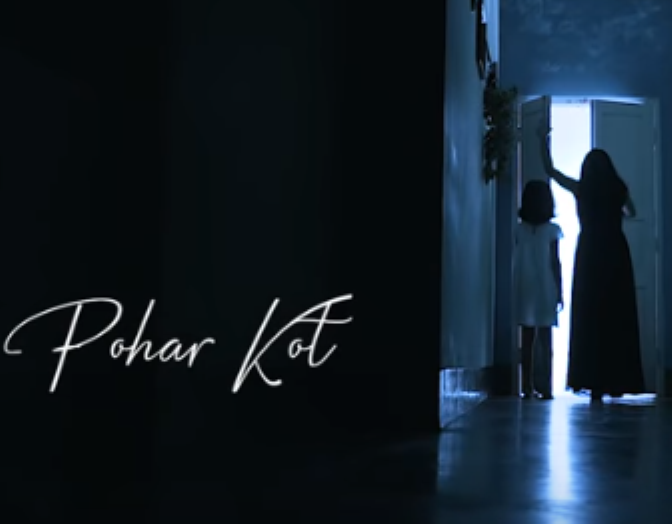 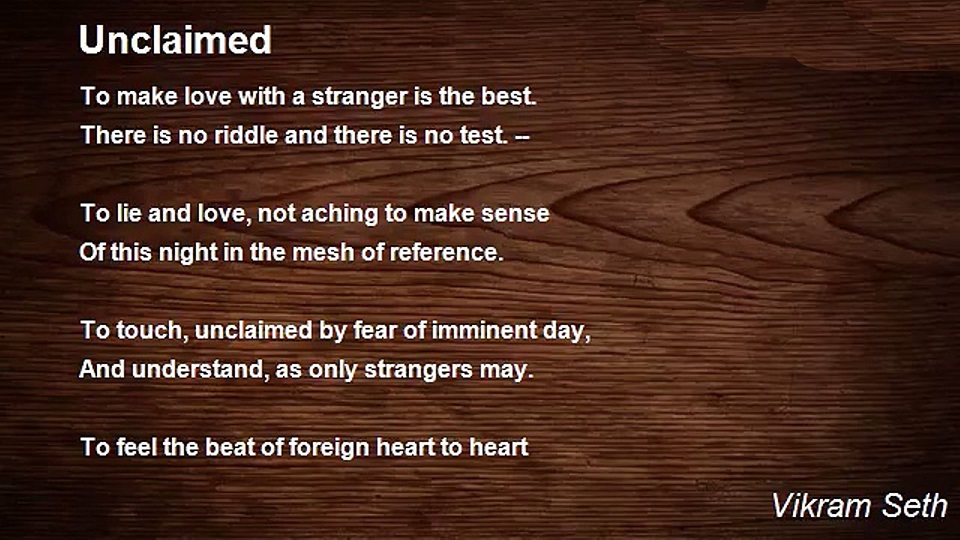