INNFINITY
Home Lifestyle Glowing with the golden goodness of turmeric A wonder spice that makes also for a superfood in itself particularly in the Indian context, the vibrant gold tinge of the turmeric makes way immediately for the royal reputation that the humble root encompasses. Royal not in its origins that we daresay is in fact rather ordinary but fit indeed to be the stuff of kings and queens by virtue of the many amazing properties it possesses, lending itself therefore so well to both health and beauty pursuits of the forever self conscious human. Long a component of the traditional system of medicine known as ayurveda, turmeric has risen to global prominence in recent times, much in sync with the fad of embracing all things natural to extract the most benefits out of them. And indeed as a food ingredient that has since eternity been serving a ton of purposes, from treating colds and flus to strengthening immunity, used to achieve the controversially desirable fair complexion or to overrule that stubborn tan gained from too much exposure to the blazing tropical sun, or even in treating the bruises effected by a humpty- dumpty kind of great fall, this piece of robust hued spice has done it all.

An integral part of the diet in India as well as in many other southeast Asian countries, it is this turmeric that lends the famed Indian curry its dramatically photogenic appeal and indeed appetising color. In the modern common parlance though, globally that is, the recognition accorded to turmeric sits more along the lines of its incorporation into milk, that the whole of India drinks as a tonic, the haldhi wala doodh supposed to bolster immunity and aid a good night’s sleep, but that which has taken the world by storm in an identity more sophisticated, a subtle but rich shade of the golden glow lend to those servings of milk glasses in cafes and eateries as what is known as the golden milk or even more fancily as turmeric latte.

Extolling the many virtues of this Indian spice staple makes in fact for an exercise in understanding better the many profound effects that turmeric has upon the human body. With a range of benefits that it imparts to us whether it be physically or mentally, in health or in beauty, it is essential to know that the turmeric owes it all to its main element that which isn’t only the carrier of all its goodness but also the reason behind the perky tone that the spice resides in. Known as curcumin, this bright yellow chemical is itself sold as a herbal supplement, cosmetics ingredient, food flavoring, and food coloring and explains therefore the prominence of turmeric as an exceptional agent of both health and beauty formulations. Purported to possess natural healing powers, turmeric has long been used as a home remedy for a number of common ailments while being also deemed to be possible of substantial use in more debilitating forms of human illnesses.

Known for its anti inflammatory properties, turmeric therefore can be a really effective means to help the human body fight against a wide range of such diseases like diabetes, cancer, cardiovascular disease, and Alzheimer’s, that which are characterised mainly by chronic inflammation. More ‘ordinarily’ turmeric also helps fight off regular occurrences of inflammation, swelling and pain, making it therefore a remedy for problems encountered by the human body on a daily basis. It also is such powers of the spice in fighting off inflammation that which makes it an overall immunity booster, meaning that turmeric goes on to protect our body against all kind of diseases as well. Not just health though, the anti inflammatory effects extends also to the beatific realm of the body, by working in tandem with the inherent anti bacterial properties as well to help combat acne and breakouts. Also, in reducing skin inflammation as well, turmeric helps in preserving the overall health of what is the largest organ of the human body and in doing so therefore helps us maintain our youthful appearance and physical beauty.

But while such effects rendered by the use of turmeric, whether by including it in our diets or by applying pastes and masks made out of it on the body, have long been tried and approved, albeit not in very certain medical terms but still credibly colloquially enough, the abilities harboured by the spice to be anti inflammatory in nature has also rather striking impacts on human health. Pertaining to the critical ambit of mental well being is this property of turmeric, or of curcumin more appropriately, that could potentially treat inflammation relating to mood disorders as well. Particularly with depression that which today affects an alarmingly increasing proportion of population, turmeric milk could indeed be the elixir that it has always been touted to be, at least in India. While warm milk mixed with turmeric has always been sworn by the Indian masses for inducing good sleep as well as for boosting immunity in general, the curcumin present in the spice has also been found to possess properties that can help alleviate depression and reverse the progress of major depressive disorder, even when it isn’t exactly a medical treatment for the condition. And while the inclusion of turmeric in curries and dals and sabjis, even in cakes and dips, does lend us with shots of the health booster, turmeric milk works more effectively in this regard because the fat soluble properties of turmeric means that it is absorbed more quickly into the body with this golden hued drink worthy of picture perfect Insta captures.

Another very ‘established’ way in which turmeric helps with human health is through its mechanism of combating everything from and colds and flus to associated symptoms like headache and coughs and sinuses, as well as a range of such viral infections. The curcumin of turmeric does this by being a strong antioxidant as well, as its many anti viral properties helps the body fight effectively against free radical formation, thereby bolstering immunity. This free radical fighting and removal ability comes also with beauty benefits, that which utilises the antioxidant properties in fighting off evidences of premature aging like fine lines and wrinkles, that might be caused by sun damage or otherwise. And while all of these actions of turmeric is a result of it being resplendent with curcumin, the root spice also possesses other necessary nutrients like the mineral manganese that which helps with collagen production and helps therefore with out pursuit of toned, youthful skin. Combine such effects with the anti bacterial effectiveness of it and it is no wonder that turmeric has been one of the most preferred natural means, in fact also a natural cleanser and moisturiser, for achieving a clear, glowing complexion.

Another way in which turmeric helps in attaining that healthy glow is by virtue of the fact that it is a natural detoxifier. By helping therefore to flush out toxins and impurities from the system and ensuring that the flow of the purified blood occurs more efficiently, turmeric goes even the extra mile in bringing out the flawless natural lustre of the skin, bathing us in a rosy tint which is the reason why haldi ceremonies make for such an integral part of pre wedding rituals across the length and breadth of India. Skin healing and regeneration as well as reversing the damaging effects of oxidation are what turmeric is also capable of, aside from its skin lightening properties that owe also to its ability to regulate melanin production. Turmeric face packs and beauty scrubs are the way to go to derive this benefit from the wonder spice, whether you make up a concoction yourself or rely on those ready to use products that are now increasingly flooding the global beauty markets. Just for the record though, the improved blood flow also helps tremendously in boosting brain function so ‘beauty with brains’ is what turmeric aspires to make out of you, much to your liking or otherwise.

Another very ‘exploited’ use of turmeric since ages has been its potency as a remedy for gas and indigestion. In relieving digestive problems by reducing bloating and gas, the somewhat unique spicy quotient of turmeric has come into play numerous times in our life when we have battled with a not so happy tummy. Turmeric does this by improving liver function, thereby aiding digestion and hence offsetting problems that might arise dur to improper digestion of food. It also helps in relieving the feeling of fullness that is often the result of improper eating habits or more than optimum consumption of food. Also an aider of metabolism, turmeric helps therefore also in weight loss and keeping obesity at bay which again influences wholesomely its ability to stave off other associate life threatening conditions. The curcumin of turmeric slows down the formation of fatty tissue by affecting the blood vessels needed to form it, that which aids not just with lowering body fat but also by lowering the levels of cholesterol. With dietary fibers in its composition and also its reputation as a detoxifier which reduces the toxic load on the liver, the golden root works wonders in such aspects of the human body that are integral to a healthy survival.

Yet another aspect in which turmeric has found wide usage since forever is its physical use as an antiseptic that can effectively treat wounds and infections. But lesser known is its application as an effective agent to say goodbye to dark circles around the eyes which it does by hydrating the skin of the encompassing area. Turmeric is also most favourable for women’s health by virtue of its properties that help ease premenstrual syndromes, helping specifically with cramps as well as helping pregnant women with a relatively less complicated delivery. Turmeric milk is also recommended for lactating mothers and for those recuperating from operations and illnesses owing to its host of anti bacterial, anti inflammatory and anti viral properties.

Perhaps less explored on the beauty spectrum is also turmeric’s ability to favourably affect hair growth and texture while promoting as well a healthy scalp. Despite however the long standing history of use of turmeric for virtually every aspect of human existence, be it beauty or health or more, the mainstream medical adherence to its potency is not fully established yet. This however has not deterred either health aficionados or style pundits to take onto the turmeric craze because even the most commonplace of results are there for everyone to see. And that exactly is the reason why turmeric will continue to bathe in its golden glow one and all who simply cannot get enough of this royally humble spice. 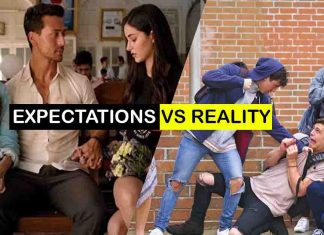 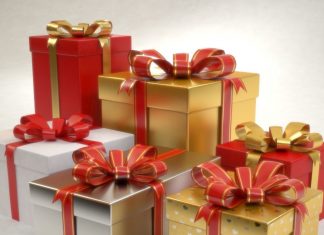 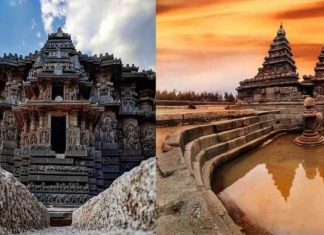 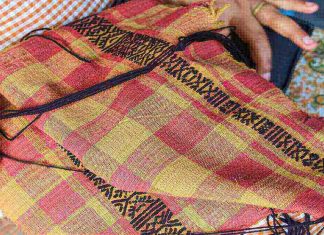