Weddings anywhere in the world are always fun filled affairs that celebrate not just two individuals embarking on a special life journey of their own but involving also families and close friends and near and dear ones and relatives with whom they share already a close knit bond of togetherness. Essentially then, weddings have most often been a larger than life celebration of life itself, with of course love in some form or the other managing to find its own way of subsistence across the reach of it. Sharing the special day of your life with not just your ultimate love partner but also the other bearers of all kinds of love that hold equally especial a place of significance in your existence indeed is what have led the ceremonies of marriages and weddings and the rituals of nuptials to emerge as essentially extravagant affairs reverberating with the good wishes of the people you cherish.

Even then though, big fat marriage ceremonies are strain enough on anyone and everyone having to be involved with them, either of their own free will or otherwise. From the very evident financial costs brought about by even a decent splurge on décor and dresses and catering and stuff to the social burden of managing things to perfection to of course the mental stress involved and the physical affects of too much work to be attended to, marriages have evolved over time to be more exhausting and less fun filled. Indeed, there still exist exuberant folks who tide over all such concerns with justifications like marriage is (mostly) a one in a lifetime rendezvous worth all the exertion it calls for. That surely holds enough ground of reason itself but in the world of today, most people do not favor the idea of making their marriages as grand an occasion as they have been throughout the times of the past. And because to each their own, it is fair enough an assertion in either way, whether you choose to marry in as flamboyant a setting as possible or are more comfortable in seeking recourse in the hearty feeling of closely contested intimacy instead.

Conforming though to the emergingly popular affinity towards making weddings as intimate and fuss free affairs as possibly can be, and spurred on further by the outbreak of the COVID 19 pandemic that has seriously restricted the scope of extravagant events teeming with hundreds and thousands of guests and invitees, have been certain wedding trends that essentially concentrate in making the most special day of your life as personal a conglomeration of exclusive moments for you to cherish forever. With only your most close knit circle sharing in your happiness and endowing you with the blessings for a happy life ahead, the idea of your dream wedding can sure be replicated to the best possible extent. And guiding you along this journey of a wedding that might be small and simple but every bit as significant and substantial as the love that mattered enough to make it happen are a number of trends catering to your every simplistic but charming still fancies of the heart.

You can toy around with the idea of a microwedding or a minimony, all rather modern concepts added to the lexicon of marriage within the current and even not so current context. The microwedding provides a self explanatory image of what you would be signing yourself up for- a wedding ceremony considerably truncated in size as compared to an all inclusive traditional event or even the more contemporary gala parties and reception. With no more than 50 guests in attendance, though you can go as low as you want with the head count, microweddings though are not much different than their macro counterparts with the exception being of course the guest list sporting heavy omissions. The objective though of a microwedding is rarely to cut down the costs of a grand function, as the stipulated budget often sees complete use in making more luxurious, extravagant arrangements for the most special of invitees. Despite this way of its working though, a microwedding still is hands down more intimate an affair than most commonplace wedding functions and a rather effective way to cut down the stress of managing a full fledged boom of overexcited wedding troupe and specifically relevant in the situation induced by the global health crisis that calls for stringent social distancing measures and as uncrowded gatherings as possible.

A minimony on the other hand is more wholesome a recourse to a wedding that seeks to eliminate unnecessary expenses as well as the excessive social and personal burden inevitably characteristic of organising any large scale event, most prominently weddings that demand minute attention to even the most intricate of details. As a mini ceremony of lifelong commitment pledged between you and your partner with only the most closest of your aides and family in attendance, a minimony entails also the possibility of a full fledged ceremony to follow later, as somewhat of a sequel wedding when situations are more conducive for such elaborate discourses to regain centerstage. In such cases though it is not the costs associated with the wedding, tangible or intangible, that matter but rather the state of affairs that prevail. However, not all minimonies demand a sequel wedding to inevitably follow its course and as such is a perfect trend to adhere to for those who simply want to enjoy a fuss free day in celebration of their marking of conjugal togetherness. More popularly though, as a trend emergent of the coronavirus times, the minimony is essentially a small wedding that you choose to ceremonially hold on your long avowed date of choosing, rather than postponing the proceedings indefinitely. Whatever that might be, both the microwedding and the minimony are reasonable means to scout out for hosting a wedding function that allows the working in of more flexibility as per your desires of it.

But the most interesting of all such wedding trends that have been recently splashing about on the matrimonial horizon is a certain ‘observance’ that is rather exciting and amusing, and altogether different. Encompassed by the term elopement, that which in traditional usage resides not so much in a positive connotation of it, is this not even so latest a fad of the wedding world that ironically had long been deigned as a sort of taboo. But consider how more and more young couples are prioritising their own happiness and concerns over the forever toyed idea of what people will make out of the personal choices of others, and you will realise just how ’empowering’ a mode of wedding elopement is that explains its ever growing popularity.

Back in the day, eloping meant a wedding on the run, like when you would choose to run away with someone you love to live life with them, due mainly to parental and societal objections to the wedding taking place the ‘dignified’ way. And while this notion still stands today as well, in more traditional settings and conservative societies, elopement has evolved to be a wedding trend wherein you forego the formal ceremony of a wedding and do instead things that matter to the both of you. In not even being a ceremony per se, elopement is even far removed from the traditional wedding event that is anyway fast losing its charm and that therefore affords the working in of a different experience altogether to partake of in celebration of your romantically united status. Far removed from its essence as being the only way out to chase after those fluttery feels that the love bug grants you with are the elopements of today that are often planned and even personalized by couples in accordance with what they desire and value. Today referring to small, inexpensive weddings performed perhaps with full parental knowledge and even approval are elopements that are one of the most fun, exciting and novel ways to take the plunge into a life of conjugal bliss.

It helps also that the ‘scope’ of elopement is far more expansive than what traditional marriages or even other modern day wedding trends make allowance for. One of the most intimate ways to get married is this unconventional mode of a continuing practice, albeit in a very different manner altogether. With just the couple and the witnesses of the marriage in compulsory attendance, though it can incorporate some others as well in this heady run of emotions spiked by excitement, elopement weddings is as personal a version of weddings as can be, though steeped also in a adventure of a different kind.

Despite however the fickle nature of what they seem to embody, elopements might in fact be more meaningful an approach to wedding, that ultimately is a solemn resolution by couples to stick by each other come what may. In prioritising therefore themselves and their own concerns over others, it is the closest interpretation of what the sanctity of the marital institution stands for. More an experience in itself than an event, elopement weddings also tend to be more enriching, not just in the uniqueness of them but also because they do not come attached with the stress of what managing a big function would otherwise entail. Intensely private but extremely celebratory of the special bond between two souls, that which is ultimately all that happy marriages strive to be, an elopement can manifest as a travel trip to any location or it can present itself as some of the delightfully essential firsts that could go on to define the course of your relationship. Not to mention just how ‘liberating’ it can feel to not have to fuss over less essential details while embarking headlong on the all important journey of life, choosing to elope the modern way is perhaps the most ‘cool’ assertion of doing it all for love and a lifetime of happy togetherness ushered in on a pedestal of exclusive and exquisite support for each other.

Marriages have always been believed to be made in heaven but the very worldly way in which humans have been going on about them for times immemorable is what has helped make them a rather substantial experience of life. And to partake of this experience the exact way that suits your definition of love and your understanding of life is indeed the most wonderful gift you and your partner can gift to each other on this special day as you sign up for an exciting journey ahead of a happily ever after. 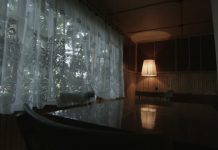 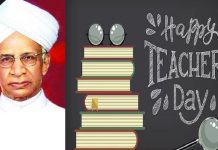 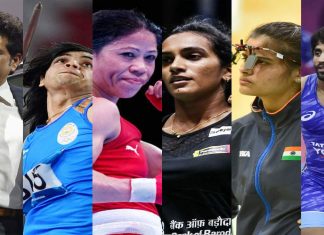 Top 8 Indian sports personalities and their contributions to the nation

23 cool MS Dhoni facts for fans who are missing Mahi