It’s that time of the year when revelry characterises every minute of life in this part of the world. The vivid imageries of winters in India remain steeped in a range of such pursuits that truly conjure up a plethora of experiences to feed the soul. With festivities and food so much a prime component of this season that brings along with it the bounty of harvest and a fest of all sorts imaginable, winter times in the country blesses us also with opportunities galore to bask in the soothing burn of the summer sun, even as the buoyant beauty of nature and her bevy of bounties entice us all the more to be in love with the chilly days in all their enamoring luxury, in such yearly rendezvous that we eagerly wait for each season- the customary outing of a picnic!

As a land blessed with such experiences that tend to be as diverse from each other as possible, subject to the vagaries of the weather, picnics have always been one of the most anticipated of ‘events’ to look forward to in every part of the country. Once winter sets in and the chill starts getting briskly in business, offset of course by the soul warming blaze of the sun in the horizon, and the continuing festivities of Christmas and New Year and everything in between and even beyond has us all feeling jolly and merry and happy and excited, the whole of India embarks on its yearly rendezvous of a food and fun fiesta, to picturesque locales where the hills and the mountains and the meadows come alive together in a hearty display of nature’s hues with also a stream flowing by close nearby, along with like minded, frenzied folks, families, colleagues, friends, et al, making ample space for food in its entourage, for of course the joy of eating out there in the open, after a enjoyably communal session of cooking and drinking and dancing and chattering and enjoying, far outranks all other things in life. A celebration of the zest for life, of the newness heralded in by the onset of winter, of the many winter foods that has the earth blessing us with its choicest offerings of fruits and vegetable and of course the most sumptuous of fatty ducks and pork and fishes, picnics has come to be synonymous with the season long carnival that winters are so cherished for everywhere in India.

However, despite how picnics are almost a tradition in the country known for its celebrations of every kind and of every extent possible, it is not particularly surprising that the origin of picnic, both in etymology and in history, isn’t anything particularly Indian, even far from it. Of distinctively western origins, the term picnic in fact had even been shrouded in ‘controversy’ even when in its free spirited benevolence, it stems mainly as a celebration of life as a whole. A prominently English term today, picnic however finds itself rooted, at least in its nomenclature, in the linguistic expanse of France. Dating back to the mid 1600s, picnic seems to have attained its form from “pique-nique”, that was a reference then particularly to such folks who brought their own wine when dining out. Despite however its etymology, picnic, at least as a concept, had supposedly been prevailing ever since the middle ages, as something more extravagant perhaps and in somewhat different a context maybe, like images of the hunting feasts of the types particularly conjured up by the tales of Robin Hood and the like, where our forever favorite outlaw enjoyed a spread of some bread, cheese and ale with his army of merry men under the trees.

Returning however to the etymology of it, pique-nique stemmed from the French piquer, referring to a leisurely, often relaxed means of picking at your food. Nique most probably arose as a rhyming complement to its prefix, though it might have also taken form from now obsolete a word that meant ‘trifle’. But while picnic as a word saw emergence in English not until the 1800s, it had been very much a French phenomenon by then. As early as 1649, pique-nique as a word made its appearance in writing in The charming effects of barricades, or the lasting friendship of the Company of the Bacchic brothers of Pique-nique. In burlesque verse, where the main character takes after the name. Pique-Nique might have been a Fronde hero of the barricades in the insurrection against French absolutism but beyond this standing in identity, he also was depicted as a glutton, particularly ironic in the setting of a France under siege and facing a food shortage. Whatever that might be, even in the face of a not very impressive ‘lineage’ to boast of, the term caught the fancy of the French and entered into the lexicon through the 1694 edition of a French dictionary. In Dictionnaire étymologique, ou origines de la langue françoise, Gilles Menage defined piquenique as “a meal at which each person pays their share; what the Flemish say, ‘parte bétal’, ‘each their share’”.

The 18th century that followed was the period when piquenique began to gain greater ground in the common realm. Alluding already to a type of fashionable dinner by then, the 1700s saw the term gain traction particularly among the French aristocracy, albeit still as an indoor meal where each guest brought something to eat or to drink, alternatively choosing rather to contribute to the cost of the dinner. As a definitive aspect of the salon life of the times, these meals were characterised also by the definitive ruling of wit and conversation, thereby deeming such gatherings also as intellectual coming together of the elite. No wonder quite a many prominent intellectuals of the time were frequent presences at such piqueniques, be it Jean-Jacques Rousseau or Lady Mary Coke or Joseph-François Foulquier or Cornelia Knight and other such visible personalities of the public domain. Advancing further with the times, the term very soon expanded to also embrace such connotations of grand feasts that took place al fresco, imbibing more in it therefore the additional luxuries of refined elegance and leisure.

The concept of piquenique went beyond the expanse of France only during the time of the French Revolution that saw many aristocrats fleeing the country to other places in Europe and elsewhere, particularly Great Britain. As the enigma of what characterised such enjoyable meals in togetherness became also a way of life for the common folks in England, piquenique became more of an indulgence amidst the beauty of nature. No wonder that literary fiction of the times often evoked such celebrations of meal in the open, most notably in those of Jane Austen’s many works that were always a wholesome depiction of life and society of that era.

Jane Austen however wasn’t the first to have introduced the word into the English vocabulary. That is a happening stemming a few decades ahead of her time, in 1748 to be precise though as an activity, picnic did not come into usage until the beginning of the 19th century, 1815 to be exact. The 19th century was also the time when this concept of picnic made inroads also into America even as other integral picnic elements continued to emerge over the years. Most notable among them would be the mention of the picnic basket, first noted in 1857 and more than half a century later, that of the picnic table, in 1926. The American inculcation of the term into aspects of the social life there however remains mired in not very positive theories, as picnic has often been understood there to have racist linkings. Not without basis, however. With lynching of many black people by the whites occurring at picnic like gatherings in the past, it is not difficult to see from where this view of something as gay and cheerful, even innocent, took on such negative interpretations.

Even however in its spread across other pars of the world, picnic returned to rule the roost in France after the restoration of its monarchy there. While still indulged in much as an affair guarded indoors, the popularity of the picnic culture among also the ordinary class of people made it more and more outdoorsy, though by no means indoor picnics were a rarity among the common folks. The associated notions though were different in this part of the world. Unlike in Britain and in America, where an open picnic in the woods represented sort of a romantic innocence, that involved celebrating also the beauty of the pastoral outdoors, France was yet to take a particular liking towards this sort of outdoors extravaganza. It was only in the 20th century that picnics increasingly became more coveted an experience out in the open. Even before that however, though the outdoor notion wasn’t the most associated with picknicking, feasts in the open always smacked of a kind of grandeur and pertinence not as indulged in today. While the picnic trips of our times are very humble spreads of covers and sheets on the grass under the blue sky, with food cooked on woodfires there and then making for sumptuous meals indulged in by all and sundry, open picnics then were more ‘refined’ in being the stuff of tables and linens and crystal and chairs and servants — and gourmet fare, of course.

In its long journey through the years, picnics have emerged to be an embodiment of celebration- of the good things of life, whether that be food or nature, enjoyed at leisure. Perhaps the spirit behind what makes picnics so coveted an affair is most aptly summed up by celebrated writer William Somerset Maugham when he proclaimed through his 1944 novel The Razor’s Edge hat ‘There are few things so pleasant as a picnic eaten in perfect comfort.’ In perfect embodiment of just how pleasurable the very idea of lunching as one with nature, devoid of the worries of the world, heartily indulging in a meal not any ordinary, Maugham brings to fore once again the innocence of the picnic at play through such words that sums up our favorite emotions all at once. Equally convincing had been one of his contemporaries, equally celebrated a writer particularly of children, Enid Blyton when it came to invoking emotions with mere words, bringing to vision a plateful of ‘Jolly Good Food’ served at leisure, in such picnics that had the most surreal of country settings, making for a world of imagination that only a truly idyllic picnic can sum up in its most vibrant of offerings. For life ceases to be a picnic if you never happen to be at a picnic, as what has been alluded to once again in literature, this time by Jane Wagner. In its continuity through the ages and into the present state, particularly during the times of the coronavirus when social distancing has made picnics see resurgence as a form of food gathering allowing also for social distancing aplenty, it indeed seems like a simple lunch devoured at leisure in nature would be the panacea of all ills, for the soul at least. 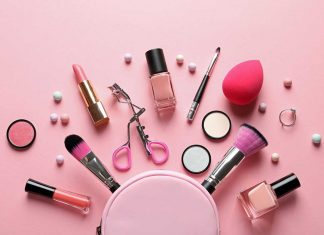