INNFINITY
Home Lifestyle Furnishing the space of design and décor Functional entities harbouring in them a necessity of course in use pertaining to their aiding of a wide many range of human activities, and mostly in such specificness as well that only furthers the essence of their need, furniture is what we simply cannot do without. That, despite the many obvious ways in which we actually manage to make do without them, mostly through traditional practices and customs in say sitting upon the bare ground or even partaking of meals therein with zero presence of any of those physical objects of so much indispensability and in a massive entailing of benefits as well, so much so that perhaps our display of such absolute need hinging upon ’em pieces of wood or plastic or metal or whatever could likely be allowed some laxity in their being characterising ours.

But despite the not so supreme need of them, human beings have still chosen to carry out a multitude of their essential daily functions and activities while relying upon some shape and form and size and type of furniture. In fact so functional a status it is that furniture have managed to eke out for themselves that has led them today to tread also such terrains of human concern that are utilitarian still but not exactly in the premise of how they began out as or how they continue to be largely popular. Consider for instance purposes more steeped in the aesthetics and comfort and certainly status of what one compulsively pursues in the modern world as their lifestyle and furniture makes for as integral a part of interior design as well.

That of course is nothing very unwarranted if one considers the etymology of the word furniture. In its French roots that draw upon the world forneture, this 16th century worded allusion to a concept as old as human civilisation itself carries the notion of an act in supplying the provisions of furnishing which makes way for something rather interesting to ponder over. For furnishings in general, drawing upon that reference should mean therefore all such items of furniture whether utilitarian in their actual purpose or in the more literal idea of it. But as a term commonly used instead for such associated aspects that concern furniture directly or indirectly or sometimes not even so much, like say rugs or carpets or mattresses or curtains, furnishings tend to evoke a related but distinct still image in what surely is not furniture but certainly is as prominent an aspect of the interior design and decor parlance in the style conscious modern world.

Meaning apart, modern day interpretations of furniture tend to be steeped in the dual ideas of presentation and purposefulness which makes them essential a fore in both ingrained and intended workings of them. But it still isn’t only the lure of the aesthetic that has made furniture such vital elements of the entire design process. Also involved is the technicality and nuances of what sums up any expression of the visual, in this case the purview being that of the designing of spaces and rooms and homes and offices that makes for as crucial a facet across which furniture of all kinds and types assert their dominance through definite sighting of them all over realms and areas and spaces of typical human dwelling.

Why this eking out of a ‘role’ for furniture within the interior design expanse would be a lot clearer if one were to divert someway from the ordinary perceiving of decking up spaces inside houses or offices as a purely showy way in dwelling. The whole concept of the aesthetics to which furniture is made to cater in their capacity as an element of design adheres not just to the presentation of them albeit in all functional flair as well. Equally integral are such considerations that view furniture as an enhancer of the entire experience in perceiving spaces meaningfully. Meaningfully here of course do not amount in any way to the spiritual or philosophical intention even when furniture have been known to serve such purposes as well. It rather is the quality in enhancing of whatever it is that they are sought to define or complement or present that makes furniture important agents indeed in delivering the striking sensibilities of the design spectrum.

That of course is not to overlook in any way the classic purpose that furniture have been serving ever since they were devised by human as clever ways in making their daily routine convenient by aiding the performing of necessary everyday activities. Even today the prime reason why homes and offices go about acquiring furniture as part of their setup is to first and foremost assign a particular ‘designation’ to any one space. There’s a reason why dining tables are placed in dining rooms and beds in bedrooms and coffee or center tables in living rooms and sofas and chairs in drawing rooms and so on and so forth. The expanses tend to overlap as well in certain cases with stools and portable chairs and tables and such other generic modes in being having no any singularly exclusive domain of their ruling. Equally likely it might be that not every space should or rather would essentially sport such pieces in definite identification of their essence. However what occurs as the point in such expected or say typical placing of some furniture in some spaces is still the essence of them in this particular establishing of their purpose and importance.

It is in defining thus the role and purpose of a space that furniture come to define also their own role in the context of interior design. Outside this physicality though in demarcation, furniture also have a more intangible function to further. It is the placing of these items prominently evident indeed in their form and body in spaces that make them infused in that vibe of harbouring life. That is to say it is furniture of any kind that makes spaces complete indeed in their defining but also in evoking images of definite something happening within. Whether it be personal spaces or houses of living and residing or professional expanses of working and commercial domains of entertainment or dining or the like, it is through the mandatory placing of furniture that makes them enticing places to dwell in and explore and relax or do just about anything they are expected to aid the happening of.

Of course in being such unmissable beings in themselves and true indeed to the assertion of their aesthetics, furniture also are as impeccable elements in the commonplace envisioning of design. In the choice of them from across a wide array of options be it in terms of size or shape or look or vibe, furniture is one of the many manifestations of the style sensibilities of whoever it is curating the whole ambience in which they seat. Reflecting thus the preferences of the designer or the client for whom the design is being worked out as well as making apparent the theme of their characterisation, furniture speak therefore of the core thought that went into according them such careful place in full assertion of the tastes of their planner.

This implications of the charming so essentially accompanying any consideration of the aesthetic though is not the only physical way that furniture works in this particular trait of its being in interior design and decor. Beyond defining and establishing the essence of spaces in identity both practical and abstract, furniture also modify the very dimensions of such places they find placing in. Adding details to the setting and creating in fact an identity for and out of its own while continuing to impact undeniably the very basis of what it defines in own accord as well in what it is employed to, furniture leads spaces to encompass a substance in compactness as well as in free flowing movement. Twofold indeed is the interpretation of the many ways through which furniture has been made to stand as a necessary feature of decor, mostly of the interior but also in the outdoor context.

In being a considerable source in creating impact itself, furniture also help further the impact of the space that houses it. This relates though more to the technique of placing them, of course in sync with the design sensibilities finding expression elsewhere as well within that zone of attribution. The setting of the furniture itself bears the ability to make or break impressions in visual excellence, but affecting also other considerations in what is some sort of convenience almost by dictating the flow of movement across that space. Accessibility is also what furniture can restrict or ease in their existence as sizeable objects while balancing impeccably the view of what unfolds as an experience in style.

In their quirky or even conventional but striking still manifestation, whether as a statement piece or as immensely functional specimens in myriad configurations of however they might have been customised, furniture can at times emerge to be the focal point itself of the entire setup. And even when it is not the focus on its own, furniture still helps by adding another altogether aspect of dimension to spaces, perking it up with such features and characteristics worked out of what essentially is just a span of space that the universe unceasingly abounds in. Transforming plain old lifeless rooms into hubs of activities equipped with the buzzes of human existence by trading out the ordinary with some touches of style here and some ounces of feasibility there to emerge itself as an arrangement in much human nature, furniture enhances not just the experience in human living but also elevates its own character in much distinction. 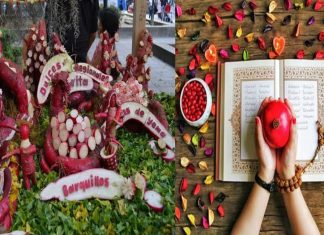 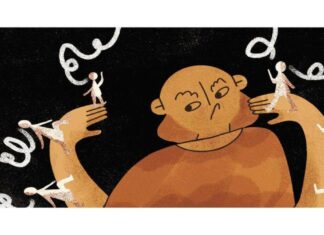 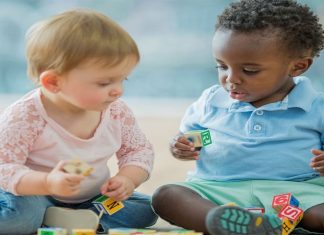