There’s a certain nostalgia about the India of the 1990s that has everyone vouch for its innate charm. Life back then was pretty simple, but beset in a luxury only the times could afford. The most humble of churnings led to such moments of eternal pleasure that has us fondly ruminating those memories over the years. Be it the no frills routine of the Doordarshan or the technologically mundane cell phones, the simplistic indulgence in a simple birthday platter of bundiya- bhujiya, samosa and cake or the hearty laugh shared over endless anecdotes, the 90’s were indeed quite the time to live in. Here’s reminscing some such fond recollections of those days of yore with certain iconic products that ruled the roost and the times-

Indeed as the world’s largest selling biscuit brand even at the moment, the royally humble Parle G biscuits are nowhere near their end. But time travel to the ’90s and Parle G would be the exclusive feature of every snack studded tea affair. Want something to dip in your tea? There’s Parle G. Hungry enough to pair your cuppa with goodies? Parle G again. Guests over? Serve chai with some namkeen and Parle G! That’s effectively the legacy Parle G has grown through over the years. Just to say though, Parle G is savoured also with water. Bizzare to the ears, but apparently this weird food combination has another legion of dedicated fans not just confined to the 90s.

Be it the super affordable essence of this iconic pack, the lingering sweet aftertaste of the bites or even the iconic Parle G girl finding way to your heart to coax you into betrothing your loyalty, this biscuit brand is unlike others when it comes to pledging the alliance of millions. Any day in the 90s would be incomplete without even a single nibbling of the sugar sweet biscuit. A trip to every household kitchen of the times would therefore be a ”G’rand sight in all the Parle G hoardings!

Tinkle isn’t just any other kid’s magazine, it’s one nostalgic whiff of emotion! Ask any 90s kid and they would still profess their unwavering love for this illustrated monthly delight that made their childhood all the more worthwhile. And in every household of the 90’s, you would inevitably find a couple Tinkles scattered here and there testifying to the legacy. From Tantri the Mantri to Suppandi to Pyarelal to Shikhari Shambhu to Kaalia The Crow and many such interesting characters, Tinkle represented to us an alternate world of immense fun and wisdom. Colorful illustrations, loveable characters, fun reads- how could such entices not hold anyone in? A staple presence in every 90’s households and revered also by elders because it led their children into inculcating the habit of reading, Tinkle continues to defy the changing tides of time.

Graduating from pencil to pen as kids need to be one landmark life moment. More so for 90s kids for whom every thing was allowed only in its set time and precedence. And once we finally made our entry into the world of blue writing, ink pens were gifted by the parents along with a Chelpark. Synonymous with ink bottles at the time, the Chelpark was a prominent presence in every desi household with a ‘grown up school going kid’. Frankly, we don’t even know whether any other brand did indeed manufacture ink bottles. The Chelpark stood out in its name and also in its shape of sophistication holding the rich blue ink! The ink stained bottle itself and those ink stained hands- can we also quote Surf Excel here in lauding the acche daags (instead of the elusive acche dins)?!

Long before we savoured peanut butter toasts or Nutella pancakes or even moved onto ghee parathas, we were used to gorging on delicious Dalda smothered rotis. The oily essence wafting of the Dalda aroma would prepare us for an impatient wait for Sunday breakfasts to be ready. Tins and tins of the granular unhealthy aid would build up in every desi household, thanks to our never ending love for all things delicious.

Dalda died out in the years that followed mainly because of its neglect of the healthy quotient. But for whole families intoxicated on the idea of a dose of taste, this cheaper alternative would be the go-to. Back then however, the lingering greasy feel, the satiated pleasure of a simple meal well devoured and the anticipation of a next serving of Dalda chapatis would sure lure us into believing in the many goodies that life asks us to celebrate!

Sure Godrej is a brand persisting even in the present. But throwback to every 90’s home and you would not miss the giant standing thereon. Even when the product might not be one stemming from the iconic brand, every desi household would invariably boast of one ‘Godrej’. That Godrej in the 90’s parlance in India translated to just about any almirah clears the air here. For some reason, Godrej came to be eponymous with the steel almirah. Call it the thumping market presence of the brand but Godrejes sure dominated the Indian traditional home scenario of the last decade in the last millennium.

90’s was the time when the aesthetics of the emotions were taking over India in materialistic terms as well. And what better than a name as aesthetic as Archies to define this significant period of time in recent history? The era of greetings cards and showpieces, any celebration in the 90’s were incomplete without Archies. Be it birthdays or new year‘s and also Christmas or Durga Puja, wishes were mostly extended courtesy Archies cards. Piles and stacks of these pretty pieces of paper came to decorate drawing rooms and study tables slowly on. A focal point for the guests and proudly cherished mementos of fond wishes, Archies became pretty much a gharelu feature in its holistic new Indian essence.

The 2000’s might be the era of the Cornettos and the sundaes, but summer in the 90’s was no less looked forward to a scorching affair. With a catchy jingle of ‘I Love You Rasna’ starting to do the rounds in TV commercials, we knew what the hot days would lead us to- glasses and glasses of chilled Rasna! Coca Cola, Pepsi, Thums Up were still there but those were meant only for occasional indulgences. Rasna however was the everyday saviour, and with a fruity taste that appealed to all. Summers would mean rushing to the nukkad ka dukan to grab sachets of the orange colored powder. And relishing every drop of the prepared concoction in utter quenching of the summer thirst.

Only the OG among the cool kids back then would possess this magical ‘wand’ that was the stuff of admiration. Bensia pencils were all the craze in the 90’s and boy, they had every reason to be! They weren’t your regular pencils for sure. With changeable ‘pencil nibs’ confined in their super pretty exteriors, these surely was the stuff pertaining to the magic world. Oh the despair of losing out on one of the nibs! Or having them broken. Treasured by everyone, from the most nonchalant of kid to the most demanding one, Bensia pencils have been quite a sight to savour throughout our desi childhood.

Anyone who have had the fortune of living through the 90’s would know the fantasy held by each Milk Bikis. Celebrated by kids for their cream filled deliciousness, that came also in eyes and nose and mouth carvings, Milk Bikis was the ultimate cream biscuit of the times. Even the fanciest of Oreos or any assorted color cookies of the present can live up to that hype. Ever. No wonder every household that had kids during the time would invariably have a pack of these iconic cream biscuits perched somewhere high up in the cabinets to save them from being all gobbled up in one go. And yet we did, doing whatever it demanded of us. From putting tools atop chairs and risking falling off, we weren’t the ones to let go of insane devourings of these wonder treats.

Chyawanprash as an immunity bolstering agent continues to be relevant even in the times of today. But 90s consumers had access to a seemingly royal variant of the Ayurvedic mixture. The Sona Chandi Chyawanprash had real bits of gold and silver, as the ads purportedly made us believe! And given the Indian fetish for gold, in any form whatsoever, this particular herbal health agent went on to occupy prime space in the kitchen cabinet of every 90’s household. Indubitable it is therefore that ‘health is wealth’ has been something very poignant in evocating Indian consumerism in the 90’s!

If there ever has been anything that could claim to match the popularity of Parle G,it was the S biscuit. Crude in its perception in the then prevailing Indian context to the extent that it made Parle G packs appear gourmet, S biscuits however had a dedicated fan base. Enormous cookies shaped as an S,that which necessitated them not even needing an alternate name,these were another tea dipped favourite. There still is a different nostalgia to getting hold of one of these crunchy giants and killing your hunger pangs with a cuppa that unfortunately did not come then with the giganticness of the coffee mugs of today’s times to complement the accompaniment.

Almost like rusks in the texture, it however is quite a revelation to know that these infact are Italian biscuits! Yet in their prominent bite and rustic essence, they seemed more Indian to us than anything else. The favorite of elders and quite a source of joy to the kids who would squeal in delight at the enormous sound of the bite, S cookies were a defining feature of every truly desi household in the 90’s. Stunning dresses made from old sarees for you to try out 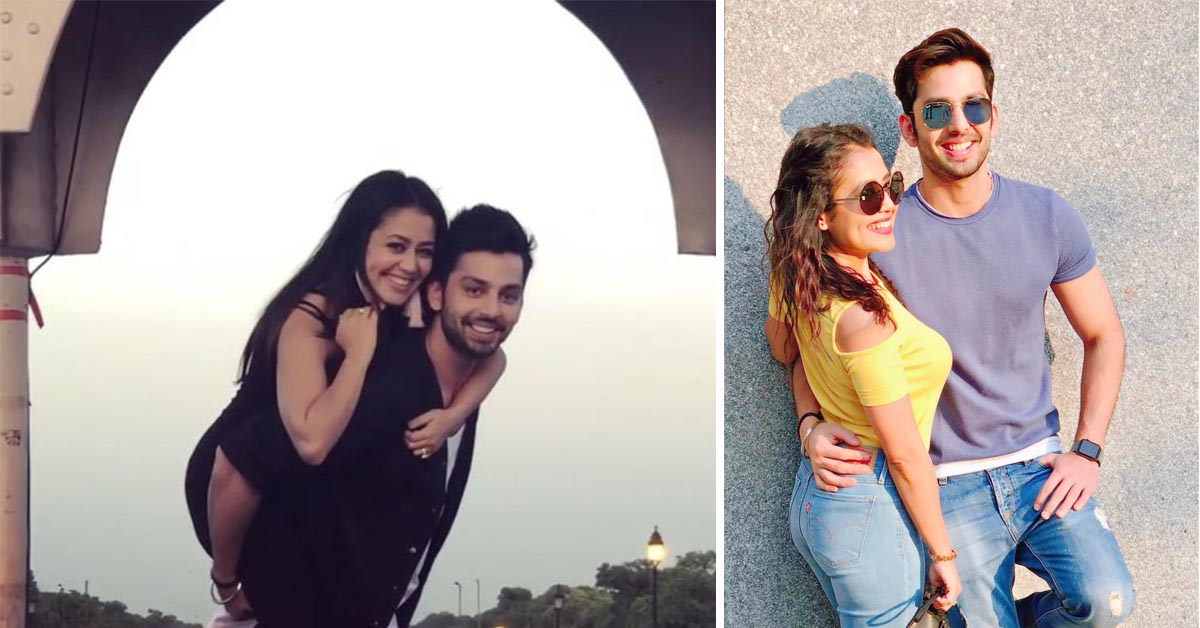 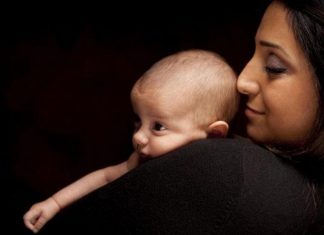 Of days drenched in motherly love