That particular day of the year when sun hours are the longest and the night is the shortest, the June 21 occurrence of the summer solstice is really an awaited phenomenon across the expanses of a world that has thrived on the might of the sun for ages. As traditional beliefs, ritualistic customs and mystical happenings take centerstage on this magical day every summer, nations and people all over celebrate this extraordinary might of the annual phenomenon in numerous such ways that indeed are means of honoring the long standing dependence of the earth and its continuity on the sun. Exploring some of these fascinating customs that define summer solstice across the globe makes indeed for an exquisite experience of the summer sheen-

By far the most popular celebration of the summer solstice that spans as a worldwide phenomenon but is observed in particular frenzy in the European nations happens to be the prominently English festival of midsummer. In existence since times even before the advent of Christianity, midsummer is celebrated in different ways and under different names across the globe but is particularly indulged in throughout Sweden where it commands a craze even greater than Christmas. Dancing around maypoles decorated with greens as an ushering in of fertility as well as good fortune and health is the Swedes’ way of celebrating the sunny essence of the longest day of the year. Celebrated euphorically with family on the scenic countryside on what is an all important official holiday, so much so that there has been demands to make it the National Day of Sweden, there also is the belief that sleeping with seven types of flowers under the pillow on this day will also invite sweet dreams of the future spouse.

Equally steeped in importance is midsummer for Estonians who partake of the celebrations as Jaanipäev or Leedopäev, encompassing traditions that has been continuing for centuries. Singing and dancing, drinking and eating, and lighting the bonfires mark this day of nationwide revelry that is steeped also in a host of folkloric traditions. The eve of Jaanipaev holds also special significance for lovers with fairy tales abounding in the love chronicles of Koit (dawn) and Hämarik (dusk) who exchanges the briefest of kisses on this shortest night of the year. Human lovers scout out the magical flower of the fern which is believed to bloom only on that particular night. With romance flowing so much through every element of what sums up the midsummer celebrations in Estonia, this sure is one of the dreamiest ways of rejoicing in the annual summer solstice phenomenon.

Similar traditions mark also the summer solstice celebrations of Lithuania, where it goes by the name Rasa meaning Dew Holiday. The festival takes its name perhaps from the custom of greeting the rising midsummer sun and washing the face with a morning dew, even as a host of other lively festivities characterise this folk observance every June 24th across the nation. Romance rules also the midsummer celebrations in Romania that finds traditional expression as a fair called the Drăgaica or even as Sânziene, a celebration of the country’s folkloric exploration of fairies.

The Latvian celebration of the summer solstice is rooted deep in its traditions of the fertility festival of Jāņi that which today is an official holiday in the country. Trailed by all elements of preparation that you would expect out of a harvest festival, Jani is preceded by copious amounts of cleaning, cooking, finishing farmwork, fixing up the yard, weeding the garden, washing clothes, decorating, brewing beer by the Latvians even as the main day brings along a celebration with songs and dance and food and drinks and lighting of bonfires. Burned from sunset till the dawn of the next morning, Jani fires are lit in the belief of transmitting its warmth and glow into the next solar year. No less steeped in essence is the food scene catering to the Jani spirit with a particular namesake cheese, the Jani cheese that is traditionally eaten along with beer as part of the celebrations and is today one of the symbols of Latvian culture. But most prominent is the Jani tradition of collecting herbs for decorative, therapeutic and other symbolic purposes as are the recurring themes of romance and magic permeating this summer solstice celebration like so many of the others in the world.

An ancient festival celebrated in the Greece of antiquity, Kronia might not be an appropriately summer solstice occasion but is surely one of the most unique traditions that came to embody the hopeful essence of summers. As the most egalitarian day of the year when slaves and their masters, the rich and the poor feasted together heartily at banquets, ancient Greece has been witness to one really memorable way to celebrate summers. Modern day Greeks are no different, as the most tenacious of them continue with a still old 2500 years long tradition of trekking almost a 10000 feet to the peak of the Mount Olympus on the longest day of the year. More traditional midsummers celebrations in modern day Greece take place under the name Klidonas meaning sign or oracle, and brought to fore once again the romantic aspect of solstices as believed to be the time of the year when unmarried girls would discover their potential mates through a ritual.

With bonfires so much of a common element in midsummer celebrations that the world indulges in every year during the time around the summer solstice, it is no wonder that Austria’s marking of this remarkable day is especially radiant in its custom of lighting bonfires that make for an encapsulating cultural as well as geographic tradition. Rooted in the Middle Ages, this mode of celebration takes place in mountain peaks and hill tops in accordance with the belief of chasing evil spirits away but presenting itself as also a sight in spectacularity. Incorporating secular and Christian motifs and symbols into their blazing glare, the lighting of these ceremonial bonfires make for an atmosphere of mystic allure that complements perfectly the gorgeous grandeur of the mountain ranges of the country.

Marking the longest day of the year with a full night of celebrations is observed in different parts of the world that does it all under the guise of the Kupala Night. Kupala Night or Ivana Kupala is a celebration of the summer solstice in the countries of Czech Republic, Poland and Slovakia as well as in Belarus, Russia and Ukraine on different dates but with the same underlying principles of fertility and romance and all things related to creation. One of the most expressive summer solstice celebrations, the observances however spans out somewhat differently in the different nations making for rather interesting explorations of specific cultures and tradition. Russia for instance practises jumping over bonfires and skinny dipping even as the associated touch of mysticism so palpable in almost all solstice celebrations sees young girls floating their flower garlands on the water of rivers and telling their fortunes from the movement. In Poland as well, girls throw wreaths made of flowers and candles into the Baltic Sea, and into lakes or rivers. Setting out in search of the elusive fern flower by young men and women is another much popular global solstice tradition also entertained within the more ritualistic domains of the Kupala Night.

China’s celebration of the summer solstice is one of the most unique observances of the day anywhere in the world that has been persisting since ancient times. A worship of feminine energy or the yin forces is what is at the heart of the Chinese celebrations that saw also a one day or three day holiday granted during the earlier times. But what captures global attention as far as China’s intriguing customs related to the day are concerned is its diversive food spread catering to the festivities rooted in tradition. Chilled noodles make for a real Chinese treat to gorge over on the longest day of the year as does lychees even as other more contentious delicacies like dog meat are also partaken of in different parts of the country that however adheres to also a somewhat different diet beginning from this day as a means to maintain the body’s health amidst the peak summer heat. Another tradition that has been continuing in the Asian nation as part of its age old summer solstice celebration are the dragon boat races that enjoy immense popularity even today, not surprising for a nation that has its own array of solar terms to ‘assign’ indeed one of its national symbols to the purpose of celebrating the solar phenomenon.

Considered the symbol of life, the sun’s longest ever dwelling of its rays on the face of the earth takes on a more diverse interpretation in Croatia through an observance called the Astrofest. Celebrating the shortest night of the year instead of the precedence followed of the longest day is this fest that seeks to honor the sustenance of life and the world driven by the sun. Honoring also ancient myths and mystique of fairies and elves and of course the stars and the celestial, Astrofest makes for a night long rendezvous with all happenings of the sky after a solemn ceremony of bidding the sun farewell at sunset. As Croatians keep sleep at bay for an entire night anticipating the magic of the solstice to work its way into the realms of the universe, they keep themselves jubilant and lively with such pursuits as intriguing as stargazing and as immersive as music, all while glowing in the lit exuberance of bonfires, allowing themselves the luxury of a magical night broken at dawn by the first rays of the summer sun to the beat of drums for a uniquely surreal summer existence that sums up indeed the true zest of life.

Kupala Night might be the more ritualistic way of celebrating summer solstice in Russia but no less interesting an observance that marks the longest day of the year in the country is the White Nights Festival. Rendered particularly fascinating by its locational seating near the Arctic Circle that does not let complete darkness descend upon the city of St. Petersburg for some four months, this near midnight sun phenomena is what is celebrated during the course of the largely cultural festival. Similar other white light festivals also have followed the lead of the Russian city, like the Icelandic city of Reykjavik that celebrates the night as Jónsmessa or less commonly the Viking New Year, though as a festival more rooted in tradition but less appealing in contemporary times. Examples abound all around the world, as different countries of different countries too celebrate their own version of the festival, each in their own unique way but bound by the same celebration of a period of time when the enduring presence of the sun’s light endows indeed more life and liveliness on all world folks. 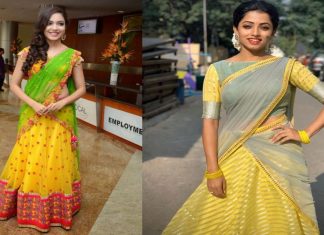 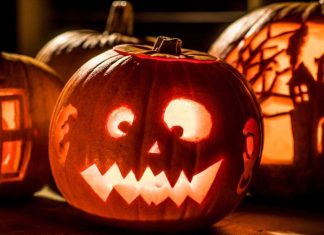 Tales and tradition of the Halloween pumpkins