Humming along to tunes as they stream to us as a leisurely almost surrendering to the simpler joys of life, crooning away in full glory while attending to the mundane modesty of ordinary tasks, or our hearts leaping and yodelling with joy at some love newly experienced or a happiness recently dawned, or maybe such pleasures of spring being in the air finding way to our souls with sprightly takes to singing bouts, one doesn’t really require enough technicalities of skills to emerge forth a singing spirit in the most gratifying nature of it. Music indeed being the divine almost device that which arouses souls and sparks sentiments of varying nature while delivering also as earthly emotions of love and delight, or even in manifestations of sorrow and grief, it is no wonder the exalted status that has come to entail this universal language appealing to all despite lacking one common mode of deliverance and diction across its rhythmically soul soothing, heart warming, fist pumping identity. And while there’s no denying indeed of the grace and glamour that music effortlessly imbibes into its own medley of the sounds and notes and melodies, the one specific act of musical notations attempted in rather popularity of its liberal scope in that it does not necessarily dictate a strict adherence to tonal and chordal or such other vocabulary of proper musical leanings happens though to be one that strikes as the most evident when it comes to charting out the path of the melodic. Singing indeed it is, as that more than common understanding of the musical kind that all and sundry takes to in the infinite fancies of their heart, some more than fluently, others tending more towards the amusing end of the spectrum, but all in wholehearted indulgence of the emotions, summing up therefore an act and an activity across such uniquely felt experiences and expressions that appeals differently to different individuals. And yet, within this premise of the singalongs and the chorus, the humming and the caroling, rests a certain universality manifesting of the many a powers in which singing necessarily seeks out its identity as a symphonic succouring of souls and beings all right but also in such physical dimensions of it that strike indeed as rather surprising.

We all sing in some assertion of that ‘right’ and might though not all of us are singers per se- not precisely and certainly not professionally. And while some of us might sing well enough to pursue it as an amateur passion or otherwise falter so embarrassingly and yet continue to go all hearts out, at the top of our voices because of the sheer joy and satisfaction of it, one thing though is certainly availing to one and all who do not squander any chance of lyricing or tuning come whatever may and that is the many a surprising benefits of singing that might not exactly catch up with the sheer pleasure and bliss of it but still makes for enriching enough endowments upon our person so vibing along to their own singing for succour. From emotional to physical, in transience or in permanence and across realms of the bodily and the mental, singing impacts all us established or wannabe singers, or even those who could not care any less or any more about what it makes and takes out of them in such assertions that establish it even further as an activity wholesome in every rendition of the feels in utmost flair.

The stating of such benefits in obviousness encompasses indeed such effects that singing has on the mind as a cathartic route to destress and even detoxify. Any act of singing triggers the release of a couple of happiness hormones namely endorphins and oxytocin in the brain that explains the very perceptible change in mood brought about by this pursuance in pleasure or for peace, leading us to feel good and positive and thereby bring about an enhanced experience in well being. Equally evident might be such furthering of bonds and connections that might entail out of singing in groups or as a routine in relaxing togetherness, whether that be an expression in strengthening existing ties or fostering instead new relations by having us strike a chord, both psychological and musical, as humans inhabiting of the same emotion. But while these effects might be profound indeed assertion of the power that the simple act of singing harbours in and beyond its nuances of scale and range and throw, they tend to be rather known and acknowledged. The amazingly heartfelt nature of music though is such that has it lending its aura to eking out also a range of such goods rarely expected at least in those habitual meanderings across the alleys of the musical notation, even in not exact explorations of it.

Of particularly amazing rendition is such scope of singing that categorise it even as a sort of physical exercise indeed! As an assertion across the area of the aerobics, singing more than bolsters the respiratory and cardiovascular system of the body impacting rather potently overall human health. And aerobics being anyway related to realisation of such ends as longevity and stress reduction, it is no wonder that taking to the vocal deliverance of music is more than wholesome an activity leading to a long life across a healthy existence. The breathing dynamics entailing even the most basic forms of singing that we further even in the not so perfect pursuance of it also make it count therefore as some sort of purging process, tending even to translate as such profoundly restorative an experience as that concerns the partly spiritual fore of meditation. Even capable of altering such long term respiratory difficulties like asthma and bronchitis is singing through such mechanism of its working that exercise the lungs and lead it to function better. Immensely cathartic therefore in its attending to both the mind and the body is the musical indulgence in singing that which makes it the remarkably relaxing ‘performance’ that it is- no matter the degree of its associated notion in entertainment.

Breathing though is just one health aspect across which music meanders to bring upon one a physically better existence. Also associated are such other bodily explorations that manifest as effects as diverse as lowering of blood pressure afforded by the relaxing activity of singing to enhanced neurological functioning as well as reduced extents of neck pain, not to mention the positive effects on the body elicited out of better mental and emotional a state of existence making singing therefore an out and out exercise in enhanced immunity. Furthermore, singing has also been found to be helpful for patients of Parkinson’s disease while offsetting also the multiple health concerns attributable to continued living through not so recommended poses in posture, thus lending further credibility to music being indeed an elixir of life.

All these occur as unexpected almost benefits of something as enjoyable and expressive and evocative as the singing exploits we eagerly explore across a wide array of reasons in whatever time of the seasons but even more astounding would be the fact that singing can even lead one to charting the heights of beauty! And beauty in as physical assertion of it as possible and not in just a singular fulcrum of appeal as well. The ‘aesthetics of singing’ might be availed still out of its notion in being an exercise but that does not take away anything from this more than wonder revelation of the ultimate bliss that singing can lead us to.

In its employment of the respiratory system and extended benefits along a beating heart, singing necessarily achieves such effects as improved blood circulation and oxygen flow. And it’s no secret indeed that a boisterously pumping heart is what leads one to glow in the rosy glow emanating not out of a heart full of love in this case but instead from a song seduced soul. Of even more exercising prominence that singing works across to lead souls as well as selves to beauty that is as deep as it is shallow, as what finds common expression in exploring whatever it means to be truly beautiful, is it being essentially a form of facial yoga as well. Because singing entails such mouthing techniques that range from the basic to the structured, and fluctuates continuously between the standard and the unique, it is one of the most exploring forms of facial exercise that requires working of the muscles of your face in as diverse variations as possible. In stretching therefore the muscles, singing helps tone up your facial features and leads to facial relaxation as well thus helping one to keep fine lines away from imposing the aging glare. Delivering therefore such youthful essence upon persons, both in the radiance of the skin and the tautness of its stretch, the vocal deliverance of musical musings leads one to sing along indeed on a route that leads to the eternal fountain of youth.

Even more devoted to the full fledged routine of both beauty and wellness tends to be such assertions of singing that end up functioning as a core workout as well. Particularly in employing the proper techniques of singing from the diaphragm, we tend to end up strengthening the abdominal and back muscles even as the thews occupying space between the ribs experience the same exertion as well. This counts as exercise enough for our body to get, set, go on the route to building abs and gaining muscle strength through something as smoothly flowing as the art of singing. Incredible it is indeed to realise the tremendous power that lay within singing and through that derivation in music essentially that affords us almost everything to live a life in not just exquisite emotional fulfilment but also in as much exuberance of heart and health. To sing paeans of singing itself perhaps would be the most apt rendition of an activity that dwells as much upon the pleasures of the aesthetic as it does upon the profusely immersive experience of the artistic. 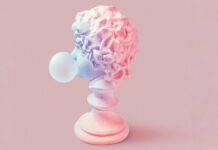 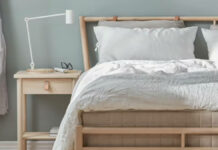