For terms encountered upon the grooming horizon, waxing and sugaring and laser hair removal might occur as the ones to swear by to get rid of all those unwanted swathes of hair from the body. But beyond these basics and residing in a kind of advancement ironical enough in its genesis as being a rather ‘spartan’ way in effecting the same result is a technique that finds identity as threading. Very self explanatory thus as being a certain something employing in certain way once again another eccentric ‘instrument’ of otherwise ordinariness is this globally lesser understood method in taking care of the extra hair specifically across on smaller areas of the body or more accurately upon the delicate and extra cared for expanse of the face.

Advanced in being an organic, natural solution that does not make use of any products whatsoever, chemical laden or otherwise, the process of threading might occur to be a bit puzzling for those never having explored this avenue in beauty. But for the women folk in particular of many a countries comprised in the world’s eastern extent, this has been the practice they have always known in much effectiveness to relieve them of the agonies of waxing and microblading and the like. Specifically with relation to such sensitive zones of the eyebrows and the upper lips and the rear of the cheeks as well, threading is what is the most popular and even most obvious choice attending to requirements of aggravated fineness.

Originating in Iran and finding widespread practise in South Asia, particularly in India is this method of hair removal that relies on just a single strand of regular cotton or polyester thread to achieve in much remarkableness not just a very efficient elimination of the hair but also resting in the additional and much fancied benefit in endowing also a definite shape to the brows. Very precise in its rather attentive removal of even the smallest and most unruly strands of hair while not scarring in any way even an iota of skin, threading manifests its superiority over pretty much all other alternative options in this regard. It helps also that threading occurs as a surprisingly and considerably less painful technique as well contrary to popular perception of its working. As a hair plucking method that works at the root level i.e. the hair follicles, threading also rests in yet another additional benefit of impeding the rate of the hair growth by weakening the very basis of them.

The occurring of threading in theory as a process in which a piece of thread is doubled and then twisted on itself as it is made to roll over along the length of the area in need of maintenance is what makes it an intimidating almost exercise in hearing. The after effects that often follow in very visible manifestations of redness of the skin further seeks to establish the high thresholds of pain that ‘going under the thread’ requires one to be tolerant of. But this vision in such ‘bloodiness’ is characteristic of the entire threading method as one that only ends up stimulating the skin and not scrapping away any bit of it. Misleading thus in its evident assertion and mistrusted therefore by so many around the world not accustomed to this ancient and rather exemplary means in grooming, threading continues to be a demonstration in beauty only half of the global population is fortunate enough to be enlightened on.

Even outside its affording of pleasure over pain in both the process and the end result of shaping and defining the eyebrows most famously, threading yields also a range of as relevant benefits. Not at the mercy of any product to aid its aim in weeding out hair at the root, threading presents itself as a more viable method of hair removal for those possessing an extra sensitive skin that tends to erupt in reactions and rashes and the like even with the slightest brush with any external agent. Free from the action of chemicals or even harsh treatments of the skin is this ancient technique that harbours no associated worry in untoward results. Way gentler than abrasive almost methods like waxing and faster as well than most of them, while maintaining also the factor in affordability such that one avails the convenience both in beauty benefits and in monetary count, there really is so much working for this fuss free identity of which threading is essentially bearing that it comes as a surprise indeed that it is only now beginning to chart greater prominence.

That however is not to say that threading is the absolute idealism in perfection as far as grooming of the human in matters of getting rid of body hair is concerned. Obviously uncomfortable in that it is but as much a forceful way in hair removal, exerting therefore the skin no matter in what extent of it and specifically susceptible to causing pain in error of carrying out. But it still is comparatively gentler an assertion in this context and effective as well, with the results sustained for roughly the same duration of time as what waxing achieves.

Also completely ‘natural’ a technique in that it involves almost nothing as such and still helping to arch one’s brows in just the defined shape and in attending to every finnicky detail as well, threading indeed is more versatile and conducive and assertive a means in hair removal that one can turn to in much assurance. Threading is also less likely to lead to after effects in terms of breakouts for instance particularly because it does not lead to the condition of ingrown hairs that manifests so often as unsightly black spots upon the skin.

Like waxing though, threading too can be of different types classified in regard to the differential technique of them. The most popular in practise and precise in perfection as well happens to be what occurs as the mouth method in which the string is held by the mouth to facilitate its working along the brows by gliding across the stretch of them. In another method, it is a chain that is used to hold the thread while in still another assertion, intriguing in its occurring as the butterfly method or simply the hand method, the knotted thread is twisted and pulled through two fingers on each hand.

But in each of these cases, it still is a common ‘thread’ in engaging that establishes the threading exercise as even more unique a way of physical grooming. For anyone who has ever experienced or even witnessed this technique in application would be well aware of the ‘nuances’ that define this act of presentability. The one undergoing the ‘treatment’ needs to hold by themselves rather taut their skin around the zone of exertion to facilitate the practitioner’s task in easy and as painless as possible plucking out of hair.

Another interesting even when very deducible indeed aspect of threading is the uniformity of its working. While threading your brows does ensure that you end up receiving a clear, precise finish with no extra hair manifesting in all solitary might its staggering potential in having it all undone, the equally obvious following of regrowth too tends to be as ‘disciplined’. That is to say, it is the brow that grows out in entirety at once so that the call for touchups can be ignored without much breaking loose of the hell of residing for beauty standards. Time saving as well as calling upon no extra attention in terms of it and also in effort is this temporary yet tacit technique in emphasising appearances and accentuating the impressions of them.

Threading might be all that it is in terms of convenience and painlessness and affordable and efficient and even more but it tends to be more skill based a pursuit in body grooming than other methods. That only is obvious since unlike other processes, threading does not have much else to eke out the effects through appliances and apparatus and tools and products meaning that it boils down largely to technique in doing it just right. Calling for considerable deftness in speed and accuracy in performing is this supposedly tedious and tear-jerking even classification in beauty that happens to be more considerate of those swearing by this mode of their choice. Whether it be in defining the brows as strikingly and as aesthetically as one demands or retaining also their essence in as much thickness or thinness as suits one’s face along with so many other considerations of way too many factors, threading turns out to be quite the winner in clarity, in convenience and in curiosity as well. 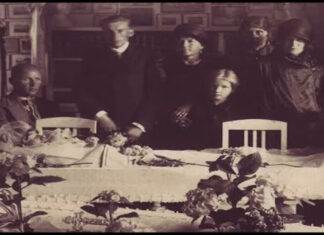 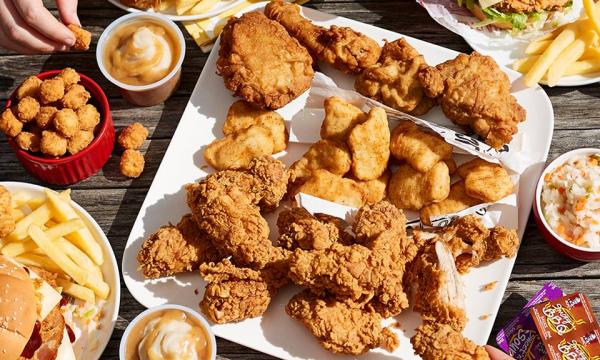 A greater view into what the Tourism Levy and Exemption Bill...