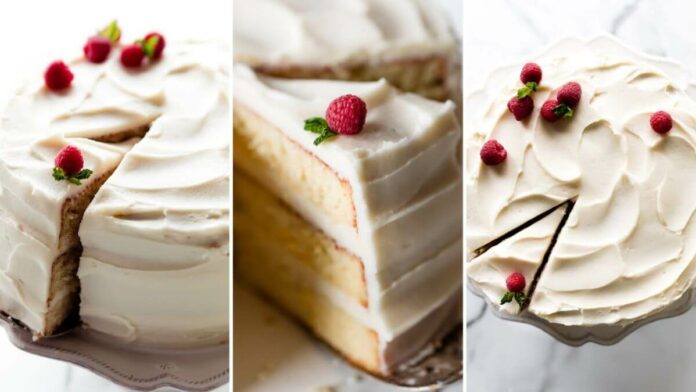 It’s as basic as basic can be- so much so that the uninteresting premise of basic is what is often rounded up by this term however actually resident in much indulgence. For who could have fathomed that somethings as exemplary as the world’s most favored smell of what occurs as that delightfully rich and inviting notes of the vanilla should come to dwell in a narrative of such unpleasantness?

Permeating every essence of this flavor that the world loves so much is a warm undertone of a sweet, creamy richness imbued with the forever pleasant assertion of the floral notes or at times carrying also that rather surprising element of some spice- which however should not come across as too surprising since vanilla in fact is a spice, this eternal favorite identity in the confectionery range of all things indulgent indeed makes for an experience enchanting always in the exoticness of its appeal cutting through its commonplace fame in ordinariness.

Of course, the versatility of vanilla as the world’s favorite smell plays across not just the range of the sinful servings of sweetness that is what renders it as so magical a potion of the culinary world. In all our obsession with vanilla cakes and ice creams and cookies and coffees and yogurts and puddings or even liquers and tobacco as well, this delicate sounding and often plainly understood flavor despite its enjoying in more profusion than any other the favors of the human being is also as popular a mention in beauty and wellness products. Particularly across the wide array of cosmetic products and immersed in the many an exquisite bottles of perfume and even making for divine sniffs in candle smoke, vanilla tends to be a much fancied ingredient purely because of its unmissable aroma. Even in more complex fields of aromatherapy, vanilla finds significant purpose to be an effective calming and relaxing agent all thanks to its globally favored smell.

Endowing vanilla with this characteristic pleasantness in wafting as sweet whiffs of nostalgia is the compound vanillin most esteemed in that dwelling of the aromatic. And while vanillin isn’t the only marker of vanilla, it most certainly is the more outstanding one. But it isn’t just the sweet smell of vanilla that vanillin induces to be that compound defining pretty much the whole essence of this spice identifying as one of the most expensive in the world. Also as influencing of the flavor profile of what somehow tends to be regarded as a rather delicate unfurling even when being in reality one of the most complex of them residing in a much robust assertion is this compound that along with a whopping 150 more and even counting natural necessities of the same kind washes over vanilla that elite recognition in supremacy. And understandably so as well.

For it isn’t just the fragrant notes of vanilla that reigns numero uno over the world intoxicated upon its mix of heavenly indeed scent but also the more than common encounter of it as an ice cream flavor popular the world over in as absolute authority. That might not be very surprising given how very often so many of us crave indeed for that particular tub of plain vanilla even with so many excitingly new options readily on offer. But what is surprising indeed is the basis of this favoritism since believe it or not, vanilla does not bear any speck of taste in its being!

That, despite the so gourmet sounding assertion of vanillin ‘tasting’ somewhat like marshmallow seemingly creating therefore a taste type for vanilla as one of the most fancied in the world. But what turns out is that it in fact is a trick worked out from the immensely clever confines of this whole consideration so complex that leads us to believe in something that is not even real. Vanilla is, primarily- or to say more accurately- exclusively a smell so potent in delivering the awesomeness of its essence that manifests upon our senses in such measure that has us believing in the deliciousness of whatever vanillaey it is that we are treating ourselves to. The overall sensation thus felt is one of immense pleasantness no doubt but is one availed not out of the tongue but through the nose from a passageway connecting this two sense organs within the body. To believe that something as ‘basic’ as vanilla could be capable of pulling off something so extraordinary therefore immediately contradicts the former projection of its simplicity and establishes in much emphasis the absolute win rested in the latter allusion in specialness.

That vanilla resides so much- wholly in fact upon the premises of its smell to stomp its authority upon the tantalising trails of the food world isn’t something very confounding when one actually comes to think of food. Given how a considerable amount of the overall food experience is one deriving upon the basis of how the dish smells like- so much so that we can indeed identify what’s cooking by the mere sniffs of their defining aroma- it only is natural that vanilla should come to be a gastronomic delight so much in this basic notion of its flavor deriving aroma. But there rests still another quirk embedded in the vanilla identity that only furthers its dwelling in so much favoritism of aroma and supposed flavor pretty much everywhere.

One very interesting reason that science has decoded in attempting to understand what drives our undying love for even the most plain vanilla flavor is it being somewhat reminiscent of something that is the very essence of life in basic. And no it isn’t the equally devoid of taste molecules of water that draw a parallel to vanilla when it comes to that life sustaining potion. It instead is that first dose of richness in the form of mother’s milk or breast milk to say that vanilla most closely evokes the ’emotion’ of in being the undisputed flavor and aroma ruling through the times. Emotion we say because precisely what vanilla alludes to in its nostalgic command through similar assertions of breast milk would be hard to say. But consider the most popular scoop of vanilla ice cream and this reference is what is believed to be best suiting of the breast milk parallel drawn out of this familiar residing in comfort with regard to its flavor and smelling experience.

While the popularity of vanilla is unrivalled indeed both in terms of perceived taste and actual aroma, it had not been always the nature of this second most expensive of all spices to come across as so distinctive. For ages and decades and years before vanilla came to gain its individuality, it had been more explored as being an additive to the comparable popularity of the wonder food called chocolate. Employed thus to enhance the flavor of many a chocolate products, something that continues to prevail today in such assertions as enhancing the flavor of such essentially sweet goodies say custards or caramels and definitely wine as well as milk and coffee and lately tea even has been this actually again almost black but perceived still as white drip of essence that is a definite wonder across so many of the realms that it overwhelmingly dominates, albeit in much humility.

This sweet distinction that vanilla universally dwells in, whether by itself or in its associations is also what brings upon the spice that appreciation in taste which is but non existent a facet of its being. So remarkable is vanilla in its sweet smelling character that lends it to be congruent with something as definitely sweet tasting as sugar that has thus brought upon it that awareness in sweetness even when it is none of that. Bring salt into the equation to drive sugar out and you end up driving out also the misinterpretation existing in terms of profile that the flavor of vanilla resides in to establish greater coherence between what science says and what experience entails.

The science of food isn’t however there is all to vanilla as far as its dynamism is concerned. Loaded also with a range of potential health benefits in both physical and mental capacity is this agent of so diverse utility that bestows upon it a reputation in preciousness. From calming and comforting the mind to helping deal with stomach ailments and toothaches for instance, this ‘black flower’ of nature turns out to be quite efficient in delivering of the pinks when it comes to the happy harmonies of existence. An aphrodisiac as well and an agent of happiness as what is most evident in the serving of joy that vanilla ice cream creates widespread white wonder as, this is a nuanced appreciation in natural perfection that laughs off the irony in unexciting basicness of its beauty.

The symphony that vanilla creates in conjuring up every impeccable assertion of what is possible to indulge in within the human context wouldn’t ever be complete in exploring and exalting if one doesn’t lend themselves completely to an experience of it as classic as its icy creamy rendition. And that happens to be though yet another emphasis in the complementing nature of what vanilla invariably is, harmonising a medley of flavors and upping the ante for each of them while concocting a collective experience that is euphoria for the senses.

Availed out of its most popular competitor as well as complement of the chocolatey identity, this dual delight of what expresses as vanilla cream filled choco biscuits has captured the salivating fancies of the world ever since it came to be the phenomenal invention that it is. With the innate sweetness and warm richness of the vanilla flavored cream at once cutting through and complementing the mild bitterness of the cocoa biscuit, what ensues is amongst the most heavenly blends that one bites into in a creamy, crumbly mouthfeel of it all driving the tastebuds to a foodgasm out of something so ordinary yet so exceptional. Call it the charm of the vanillal calm or the exuberance of its enamoring essence but none can deny the sheer bliss that even the most subdued of the vanilla assertion leads one to experience in such excellence that has them crave lifelong for this truly global of all sensory experiences. 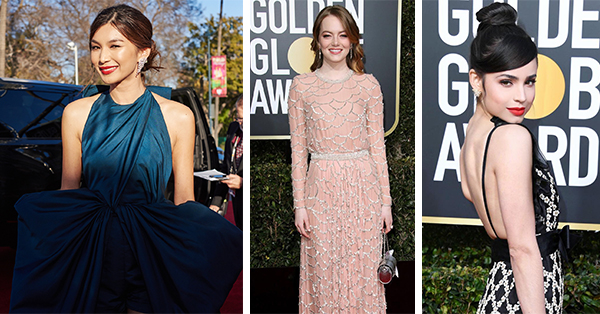