INNFINITY
Home Lifestyle What India Can Do For Its LGBTQ Population If you haven’t been living the hermit life recently, you’re probably aware that June was Pride Month. LGBTQ population, and supporters, all around the world came together to voice their want for equal rights and to celebrate their identities.

India, despite its active, internet-savvy population, still seems eons away from being a country that an LGBTQ person can find safety and peace in.

So, what exactly is the country lacking?

Tolerance, for starters.  The stigma attached to someone whose sexual preferences might be different from the majority seems implausible for a large chunk of the population. Tolerance allows the freedom of choice and behavior. And, perhaps, in certain instances, it’ll be the only thing that could smooth things over.

The country’s population is also generally unaware and uneducated. Topics like having a different sexual orientation, identifying as another gender are all taboo. Families needn’t start talking about these heavy topics during dinners but they should at least be discussed and not swept under the rug time and time again.

The stereotypes that are attached to the LGBTQ community are also partly the fault of what the media chooses to portray. Karan Johar movies gloss over something that could be an eternal struggle for someone. But at least the existence of such a human is being put to the fore, no matter how stereotypical and wrong the depiction may be. The media has a strong influence over the masses and that puts immense pressure on them to pursue a realistic portrayal of the community at large. With great power, comes great responsibility.

Think of it this way. You’re stripping off someone’s identity and right to love because you’re not comfortable with it. Is that something you’d be alright with, if it were to happen to you? If you’re someone that has a problem with the LGBTQ community, you must sit back and ask yourself why. Give it time. You should, at the very least, do your part to be a decent human being and not be an obstruction to someone else’s happiness.

Don’t shut away someone who comes out, even if it shocks you. Hear the person out. The worst things you could do are shut them away, tell them “it’s a phase” or just think they’re joking. Be a friend, not a foe.

Even if it does feel like it sometimes, all hope is not lost. India is learning, India is mending its ways. It just needs a push in the right direction. A path of tolerance, acceptance, education and love. 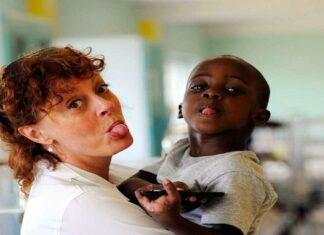 True test of the tongue