INNFINITY
Home Lifestyle Of arts, craft and the like If everything in life is all about art, then it only is apt that the expressive realm of this living of ours should encompass such a fancy for the frill of the arts and the crafts to take over. And as it does indeed, across a myriad of ways for a multitude of issues to find unfurling, what we lead ourselves on is a journey of indulgent enough leanings, where the appeal of the aesthetics in the soul and the spirit of us finds the most prominent charting over the lofty deals of ambition and success and power. Because if life should tend to be no less wholesome than the maverick meanderings of the arts itself then it surely would be as inclined along the lines of grace and elegance that manifest forever as the universal ideals of an experience so coveted in its beauty of contented bliss.

In pursuit of such beauties in which life is abundant and in the essential premise of wanting to hold onto them despite their passing in fleeting essence emerges such strains of the artistic that emerge simultaneously from many a weaves of immense measure. Deriving joy from the simplest pleasures of life as and when experienced at the moment is truly the ultimate way of living in such assertions of what they mean by references as alluding to those of ‘the fullest’. But beyond their awareness in essence and in the nostalgic rumination of their magical happening, it only are memories that bind us forever to these moments in pure bliss. And it is in the preservation of these memories of the most precious kind that presents itself as an opportunity to truly delve into the artistic essence in which all elements of life and living are believed to be so exquisitely steeped in, through living and reliving of those treasured moments in priceless experiences of them, as indeed something exotic enough to transcend the realms of the real and assert the magnificence of their beauty as art instead.

Fluttering through in such creative mannerisms of holding on to dear happiness in a somewhat peculiar evoking of the feels in nostalgia would be so many of the pursuits that humans have taken to all along in their timeless desire to overcome the truth of transience. Photography for instance makes for a classic act in art of fondly making memories out of real moments and so does journaling in recording instances and events of daily life, however special or ordinary to celebrate indeed the unique beauty experienced out of every realisation of them. Mediums therefore of both the visual and/ or of the written inclinations can eke out such musings of memory that serve this purpose in happy pondering in catering to a universal yearning of humankind for the always good ol’ days. Dwelling however along these lines of both the pictorial and the worded and asserting itself still as that artistic process in fond reflection is another method residing in its own idiosyncratic charm in deliverance of the purpose at hand. And in emerging along a route more multifaceted in its approach to making those moments that matter as worthy a manifestation in and of memories is the art of scrapbooking that allure with a distinct aura of its diverse kind.

As emphatic a pursuit in creativity as it is in presenting itself as a treasure trove of the memorabilia that marks an inevitable detour upon the path of the past, scrapbooking presents itself as an exercise in rumination that is gratifying also in the process of its creation. And yet the origins of scrapbooking are not essentially immersed in this facet of its expression, being more attuned to its categorisation as a collection of practically anything and everything that amounted to the particular description of it. With roots entrenched in the years of the 15th century, scrapbooking emerged also as an activity somewhat diverse from what it connotates in its current meaning and ‘ambition’ but summing up still then as it does now the premise of being an exploration of the creative contours of the arts and the crafts. Back then though neither was this play of the artistic identified as scrapbooking nor did it unfold its charm along this dimension of the pages in evidently artistic attributes as well. Spanning across the expanse of what were referred to as commonplace books instead had been these early versions in documentation that came to be popular in England as a means of compiling information or knowledge pertaining to practically every thing that might have been of interest to the creator. Thus as compilations of anything from recipes to letters and quotes to poems to being a preservatory where greeting cards and paper cuttings found place as did tickets or other such memorabilia, these were repositories of moments and a clipping together of such material that could each serve a distinct use. Mainly maintained across a certain singular theme celebrating sometimes of bonds and memories and at other times as means of retaining handy information of as diverse manifestation as possible, these occurred as bound journals unique in catering to and emerging from the fore of requirement of its users.

Following on the trail of these commonplace books were more such pages of what would come to entail closer and closer resemblances with the modern day scrapbook both in the vital and visual aspect of their being. Thus as archives of memories of the special elements that bring upon life a beauty of the artistic kind in both illustrative and worded depictions of them, these preceders of the scrapbook took upon a variety of forms and identities. Whether it be the friendship albums of the 16th century or the confession albums of the 19th century or the less defined in timeline but equally expansive arenas of the yearbooks and the like, these definitely personal avenues of recording moments and experiences of significance have over the years taken certain strands of similar character upon their being that paved the path for the scrapbook to gain the place of popularity that it did in the subsequent centuries.

And though scrapbooking in its present expansive identity of residing would not have evolved till the later decades of the 1900s, the 19th century still had seen the scrapbooking assertion come to rest upon this particular avenue of the arts and the crafts. As an experience more immersive in its essence of meticulously collecting ephemera and other memorabilia to position appropriately along the pages of the scrapbook as and when that case in presentation might allude to, scrapbooking allowed one to be greatly absorbed in the entailing of their moments into memories and therefore encompassed an emotional value that was lesser experienced elsewhere. Deeply personal a documentation in one’s fond moments, though still shared with others, scrapbooks took upon a very different kind of charm upon themselves. As treasured possessions therefore of their owners, this medium in preserving the essence of a life lived through its accumulation of memories in moments also therefore had to chart more ‘glorious’ heights of their representation. And thus they emerged as pretty, tastefully decorated and splurged upon indeed books of aesthetic delight, imbibing in themselves the true spirit of life being a beautiful art in itself to delight one and all with their carefully crafted confines in charms of incomparable measure.

The artistic rendition of such charms however did not deter the pursuance of scrapbooking as an activity commercially fruitful. In its very encompassing of the artistic flourish in reputation, scrapbooks have always been maintained as eye pleasing unfurlings even with their many a basic elements in documenting identifying as quirky modes of embellishments themselves. And that exactly is the potential that scrapbooking picked up on in its more modern explorations since the late 20th century as a hobby pursued in its candid allowance in creativity while making also for a composite claim upon the colossal charisma profusely characterising the celebratory living of a life in its conjuring of the most noteworthy memories from the most commonplace of moments. As an industry though waning today in popularity after the peak of its emergence as a trend during the early years of the new millennium, scrapbooking is extensive indeed an exploration of the crafty renditions in art with every element of its entailing emerging as pieces of art in themselves. Whether it be the book itself the pages of which are specially made in the most superior quality and the associated add ons therein, take photo corner mounts for instance, as well as in the accessories and embellishments available to cater to this taking of the craft and also the scaled sizes of their layouts to aid in convenient carrying of them as agents of a hobby that can be pursued anywhere and everywhere, scrapbooking is very much modern a take on art in every influence of it. In detailing the desires that one seeks so much to hold forever dear in their dealing with the dreamy delights of life, this is an indulgence in the absolute joys that one could ever derive in all their fancied expectations out of this entity in breathing and living, as a divine blessing that needs indeed to be lived, cherished and recollected all so often. 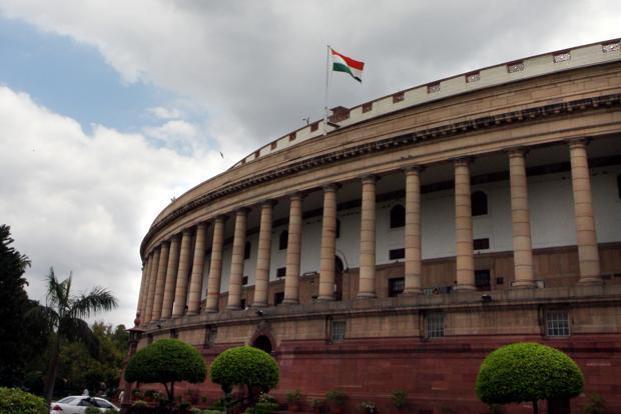 Film actors in the political fray who would be glamourising 2019...