‘Tis that time of the year again- when clichés manage to charm even in all their occurrence as annual routine. From the festive cheer dawning upon the world in all gusto to the holiday mood that revelers all over are drawn in, the saga of what unfolds during these days marking the fag end of the calendar year is one of excitement even in their recurrence. So much of what essentially characterise this period of wide anticipation and general goodwill plays upon the realms of the traditional.

Be it getting into the Xmas spirit through all those conjuring of its lights and glitter and decor, not to mention the food and the festivities and of course the Christ commemoration or zesting up for the celebratory character heralded in for sure by the New Year setting upon the horizon, Decembers have always been definite cases in all the good things of life. Think December and one inevitably finds themselves floating around in the blissful resalisation of an ecstasy- of hopeful beginnings ushered in togetherness with families and friends and dear ones, doing what appeals indeed to the heart so that there is joy and happiness and laughter resonating through the remainder of another year in passing.

And this we do through a ‘solemn’ abiding by some rituals and traditions that have stood their place all along- indeed by virtue of their convivial relevance. Grand feasts, pretty presents, leisurely travel, family outings, friendly get-togethers, movie marathons, endless sessions of talk and of course the love and laughs that grow and beam through all such renditions of the true human yearnings, this indeed is a magical time to be alive in a world also never any more magical than this spin around the festive wheel.

What even better a genre of choosing therefore than the clichéd again but ever so charming character of rom-coms to fall back upon, to indulge indeed our hearts and souls forever exerted by the assertion of the emotions in such happy-go-lucky narratives of what blesses our entire being with their ‘innocence’? Even if it isn’t innocence per se, doesn’t it strike as very pleasing an idea that one should be able to laze away indeed the length of their holidays in the truest meaning of ‘making the most out of them?’

No wonder Christmas rom-coms has continued to be so much of a hit through the ‘ages’ even when it is about watching and rewatching the same bunch of movies over and over again. Extend this jolly cheer of Christmas perfectly imbued within the rom-com scripting to pervade also other streams of the festive and these light hearted depictions of life and love and laughter in all fun and humor truly have acquired in themselves a certain allure of which one cannot help but gladly receive as a worthy gift indeed of the holidays!

It helps also that a comic pursual of the charm embedded in romance has been proved to be gratifying as well of real life romantic relationships, making them embody then even the spirit of what festivals reside in. Cheering upon the cherished premise of human relationships and celebrating them is what festivals are a way in and rom coms help only strengthen that significant fore of living. Which means that one cannot absolutely deny the ‘power’ stemming upon such premises of sweet, silly romances as certainly as they could not claim to take the essence of the ‘eve’ out of the festivities. And thus it manifests- this eternal, universal relationship persisting thus between this specific mode of entertainment and the essential life requirement in festive indulgence as something none of them is ever the same without the other.

So what it is about rom coms that make them click with pretty much every wandering that the human heart ultimately finds peace in? Be in their desire for romance or a craving for pure, simplistic bliss, rom coms does indeed entail it all. Of course the feel good mode of existence that seeps in through this particular attending to by the creative faculties is very much an actual thing and not just a make-believe reality we like to explore as extension of the fantastical. For what happens inside the body- very specifically across its main organ of the brain, in response to this relaxing activity of no deliberate intention in fact, is an experience of stimulation that brings about this heady rush of utterly enjoyed feels.

Dopamine is the agent bringing about this desirable assertion upon the person, pretty much like it does in just about any other favourable command of occurring. Also associated would be the love hormone oxytocin in equal measure of its flowing that which together with the happiness hormone works their compound way out of this induced reverie to lead instead to as rosy a reality. With so much profusion in characterising the two essential attributes of love and happiness, rom coms make their way in arousing indeed the most poignant feelings that lead us to experience all frills of the festivities.

Not to discount also that nature of what plays through their identity as inducing quite a few laughs and it would be the comedic take on romances that make them occur even more as therapy for the concerned. The ‘self generated’ nature of such goodness is again complemented by the skilled delivery of the essentially enjoyable content, with the manner of the narrative unfolding all events and incidents of happening being as well a route through which oxytocin flows. A feel good hormone itself, the enhanced run of oxytocin through the body is what settles the case in rom coms being such a steady stream for romances to flourish through in realer accounts.

This interpretation in such light also makes a date revolving around the resplendent aura of rom-coms a win even for health. It needs no reiteration indeed how happiness is the tonic for a good life. And with the gladness also gelling up well in the associated hearty laughs of both the comedic and the romantic interpretation individually as well as collectively, one injects also a dose of the desirable into their physical self.

What’s even more fascinating a thing with romcoms that makes them emerge to be the favorite holiday picks of all arises out of the interactive assertion of their nuances. These crafted movies of equal emotional value and cinematic worth manages to converge the realisations of either into one. Like in cases where a romantic gesture or caress by the onscreen character pours well into the consciousness of the viewer such that they experience as well the tantalising experience of this universally affirmed ‘directive’ in love. And out flows from such narrative essentially experienced through that expression a first hand almost deciphering of the goods certainly associated with the magic that love promises to hold.

And there you have it- pretty much every element necessary for the conducive character of love to happen affirms its realness, through the endorphins and the serotonins and the oxytocins and the dopamines so that one is elevated to a mental space of what might even as ultimate happiness. Confirming in doing exactly what is expected out of its ‘status’ as holiday indulgence most prominently and appeasing therefore the human senses even further, romcoms stand up the ‘sparkling’ even sound of them.

This acting upon the happiness premise means also a corresponding acting down the stress factor, such that the overall feel stands as a gratification as immersive as could be. Not just immersive, it also is extensive a realisation- one that persists for a considerable length of time particularly rosy in all its round through the festivities, meaning that the happiness flows unhindered and unfiltered and perhaps ‘upgraded’ even. Oxytocin itself is a potential agent in evoking positive memories of happy relationships and by calling upon such aspect of its reliance do rom coms succeed in furthering the universalness of their craze.

Forget relationships even and seek them out as sheer entertainment and romcoms still are the standard for the happy feels to prevail. Even in the trope of geniality in terms of character and the numerous recurring elements of exploration, rom-coms are exuberant works in themselves- one that indulges in such facets of happiness that occur as heady, not hedonistic. Bring also into perspective the differently flavored fervor of the festive most specifically through which comedified explorations of the romantic are made possible and rom-coms might even be the genre of a wholly happy representation. They might not be the ultimate standards in the cinematic universe but they sure are symphonies of delight for the heart to dance along to through its timeless affair with happiness. 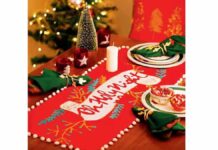 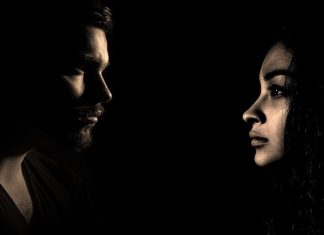 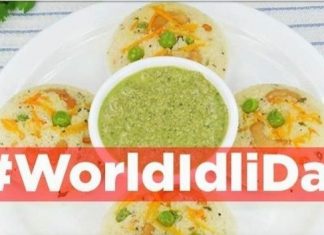