Sense and sensibility…rules of living a life…Nostalgia and the feeling of wanting to remain lost in the “ am so happy, am laughing, smiling through my tears..” Forrest Gump kinda art of existence…In fact Forrest also says that his mamma always told him, “ life is like a box of chocolates…you never know what you’re gonna get..”I would somehow prefer, “ life is like a box of nostalgia…you’re gonna get what you always know…” provided the right sense of either smell, sound, touch and taste hits you at the right times…the feel and memories of the past…retro…something which is not possible in any physical form…still the chemistry remains…the  retro chemicals of our life…!!!

Although the term “nostalgia” was first coined in the year 1688 by Johannes Hofer, a Swiss medical student…nostalgia seems to have gained impetus in the new millennium…scroll the echelons of the Social Media and am sure more than half the world’s population is “high on the retro chemicals” – it’s either the taste of granny’s chicken broth or the scent of the first boyfriend’s after shave…you name it and they are raving about it….perfectly fits with the Greek origins of the word..”nostos” meaning homecoming and “algos” meaning ache. Hard to believe but at this time, nostalgia was considered to be a mental disorder! With the passing times the meaning of nostalgia evolved from being a disease of the mind to a feeling of bitter sweetness to the present day representation of it being an emotional state of longing and reminiscing the wondrous moments of our past….

…..kipling had said…”smells are surer than sounds or sights to make your heartstrings crack…”

….the smell of burnt dry leaves…raindrops on dry earth and fresh mustard greens..english lavender soap of grandma’s hands…cigarette smoke and the smell of old books…then from the smell of ink emerging the image of writing letters in those inland covers…smell of candles taking the mind to the altar of Mother Mary…the retro chemicals of the sense of smell….

…the ping of a notification on your lifeline…the cellphone….clatter of the typewriter keys outside the old world court houses….goosebump inducing hoots of the old barn owl on a moonless night…..the drips of a leaky faucet in a lonely forest rest house….the four am calls of the Azan…the forgotten tune of the milkman’s whistle….the retro chemicals of the sounds of life…..

……the list goes on…..each sight, smell, sound and taste forms the stimuli which induces the medial temporal lobe of the brain to produce strong emotional responses aka nostalgia. Together with this, another part of the brain the ventral tegmental area, which produces the emotions of reward are also activated. This probably is the  cause of nostalgia and why we indulge in it time and again…because each time we get nostalgic about any damn thing..the brain gives us a sense of reward thereby producing a “feel good factor” for us. Besides this, nostalgia also proves to be crucial link between our past and present lives…giving us the feel that Forrest aptly describes with his infamous words…” am so happy, am laughing, smiling through my tears…”

In a paper published by the Association of Psychological Sciences named as “ More Than Just Being A Sentimental Fool: The Psychology Of Nostalgia,” the authors state that “ Nostalgia has a long past and an exciting future..” and also according to them “ nostalgia is now emerging as a fundamental human strength” and probably retro chemicals will be the next biggest “high”of our lives!!!

P.S : The smell of baked goods were found to be the greatest smell stimuli of nostalgia…but digitally, sounds take a leap over smell I guess…since Spotify recently released a two-hour playlist called “Time Capsule” that guesses what you listened to in your teenage years… The right way to hold your favorite beverage 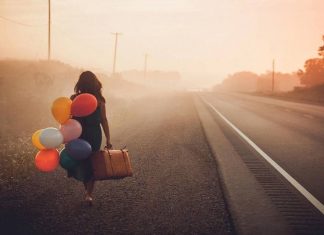