India- Japan business relations have always been the focal point of thrust when it comes to bilateral ties between the Asian countries. With continuous upscale of the presence of Japanese companies in India, it is only inevitable that Japan is a major player in the Indian market. Japanese companies have forever been deeply concerned with innovation and with their state of the art technology products have managed to make inroads into the world business sphere.

Established in 1909 in Shizuoka, Japan, Suzuki is an Asian multinational company that is at present the leader in the Indian passenger car market, capturing 53% of the domestic market.

Suzuki tied up with Indian automobile company Maruti and commenced operations in the country from 1981 with first production initiated in 1983.

At present, Maruti Suzuki offers over 150 variants through its 15 brands encompassing both diesel and petrol cars, two wheelers and automobiles.

The owner of the largest music entertainment business in the world, Japanese multinational giant Sony occupies second place when it comes to Japanese companies operating in India.

Also one of the leading manufacturers of electronic products, Sony Corporation was established in 1946 and began operations in India from 1994 from its headquarters based in New Delhi.

Consumer products like mobiles, televisions, cameras, gaming consoles, audio and video systems like home theaters etc are manufactured by the electronics major under its varied branches spread over 450 cities in India.

Sony also has its stronghold in the entertainment business in India with its subsidiary television channels Sony Entertainment Television and Sony Pictures Networks.

Established in 1948, Japanese company Honda is the world’s largest manufacturer of two wheelers and with its production in India commencing from 1995, the automobile major has emerged to be the third largest player in the Indian market.

As the 100% subsidiary of the Honda Company Motor Ltd, Honda India is also the fastest growing company in the country today. Honda operates in India under two categories- Honda Motorcycle and Scooter India and Honda Cars India. However, world over, Honda is also involved in the manufacture of aircrafts.

A manufacturer of a wide range of products, Yamaha is a Japanese multinational company that predominantly produces musical instruments, electronics and sports equipment.

Established way back in 1897, Yamaha expanded its operations to India in 1985 as a joint venture, emerging as a 100% subsidiary of its parent company in 2001. At present, Yamaha is most sought after in India as a company that manufactures sports bikes based on advanced technology.

Toyota operates in India under Toyota Kirloskar Motor Pvt Ltd and is involved in the manufacture of cars in different segments including both luxury and passenger vehicles.

Founded in 1939, Toshiba was founded in the city of Tokyo in Japan. Toshiba focusses on providing energy and infrastructure systems and solutions, as well as the manufacture of data storage and electronic devices while also providing services related to lifestyle and office automation.

Toshiba was incorporated into the mainstream Indian market in 2001 and is one of those foreign companies that are invested in the Маkе іn Іndіа аnd Ехроrt frоm Іndіа саmраіgn.

The world leader in digital imaging technologies Canon was founded in Ōta, Tokyo, Japan in 1937 and since expanding its market to India in 1997, has emerged to be the 8th largest Japanese company in the country.

Canon specializes in the manufacture of imaging and optical products and is constantly innovating in the world of digital reality, apart from setting new standards with its corporate social responsibility initiatives.

A group of autonomous Japanese multinational companies, the Mitsubishi group was established way back in 1870 encompassing diversified industries.

India’s ninth largest and the world’s sixth largest Japanese company, Mitsubishi operates in India under a host of subsidiaries that is involved in the manufacture of products as diverse as electrical appliances, automobiles, factory automation systems, semiconductors and devices etc.

Another conglomeration of a diverse number of Japanese companies, Hitachi came into existence in 1910 and soon emerged to be a pioneer in electronics and digital equipment manufacturing.

Making its prominently Japanese presence felt in the Indian consumer goods market for more than a decade now is also another name that claims to be the global leader in digital imaging and optics. Since 2007, Nikon has been operating in the Indian market as Nikon India Private Limited and has continually been placed among the most trusted brands in the country. 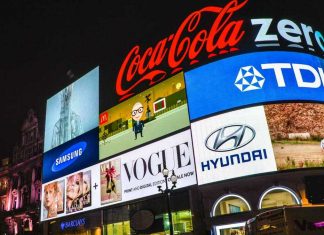 Watching “Roma”- Nostalgia and the Nanny from Shillong