INNFINITY
Home Limitless 20 shades of blue you never differentiated before Peace and happiness, calmness and opulence, health and tranquility- there’s perhaps no emotion that the shades of blue cannot generate. And when the emotions are as varied, undoubtedly the shades will be equally variegated. Discover a score shades of this lovely color that inspires and exhilarates you like no other!

Perhaps the richest shade of blue, with all its opulence and luxury, royal blue is one of the most extravagant colors around. With its shimmer of truly regal lavishness, royal blue is definitely dignity personified.

Dark and mysterious, navy blue is the perfect hue to define formal offerings. But though it is a bit toned down version of the brightness usually generated by the blue color, it still is one of the most elegant of colors. A blue deeply inclined to the black!

The color of the sky on an unbelievably clear day- that’s what azure blue is. That makes it one of the prettiest blues and also one that is quite rare to come by.

Sapphire Blue is the shade of blue embodied by Sapphire– a semi precious stone. No wonder then that Sapphire Blue is a color that has a timeless allure and is very often the preferred color in weddings.

A subdued hue of blue, that embodies demeanor and grace, cornflower blue is one of the distinctive shades of blue. With virtually no resemblance to the other variants of blue, this is one truly unique color in our palette.

If you are wondering if this shade falls on the brighter or toned down side of blue, you might be baffled with indecision. Because with sobriety indulging in flirting with hues, teal blue is a pretty color and also one of the most unconventional of the blues.

Is baby blue your kinda blue? Then probably you are having a baby boy! Soothing and peaceful, this shade inspires creation and has such a calming effect. Alas! If only kids would have been that much calmer!

There’s only one word to describe electric blue- electrifying! With the shine and shimmer it incorporates, electric blue turns out to be a truly fascinating color.

How many times in your childhood have you been enthralled by the blue of the skies? Infinite, for sure. That’s because sky blue is indeed a very captivating color. With white scattered in the dreamiest motif of sorts, the sky beckons us with its splendid shade of blue.

A striking color that is obtained as a pigment of the element named cobalt, the eponymous hue is what you would refer to as a blinding blue hue. The glazes of blue that shines through from its stunningly rich shades delivers the color its opaque richness.

Cyan blue is the greeny ‘encroachment’ of blue. But that’s perhaps is a good thing, given that cyan blue is one of the ‘quirkiest’ shades of blue. A blue embodied by the oceans and the seas, and reflected in the clearest of waters, cyan blue appears to be a divine motley of the most pleasing colors.

Indigo is a hue that sums up the Rainbow of colors. With a rich purple base emanating a kind of warmth, indigo is surely the color of all ages.

Periwinkle is such a pretty flower and periwinkle blue is as much a pretty color. Shades of white intertwining with the most laid back hues of the color blue makes up for this so very relaxing tone.

With the recognition of being selected as the Pantone color of the year in 2008, Iris Blue is a color with a vast array of shades under its range. With a placing anywhere between bright blue and dark blue, the Iris(h) version of blue can be indeed a very vague color!

Deep like the stillness of the night and charming like the peace of the dark, midnight blue is a color that personifies mysteriousness. Scintillating yet silent, this is one truly versatile color.

Duck eggs aren’t blue, you would argue. Well not completely, yet they still reflect at least some shade of blue. Another of the soft greenish blues, it is also quite a luxurious color as far as interior decorations are concerned.

Dance like a peacock, do you? Peacock blue is a very vibrant color. Pretty and elegant, peacock blue embodies joy and gaiety, much like the beautiful dancing birds it is named after.

Well, this might be one of the more uncommon shades of blue around. But perhaps that’s what makes it a stunningly attractive color. Wedgwood is actually a shade of blue that is more dominant in the Jasperware type pf pottery. The unglazed, matte finish on pale blue makes Wedgwood a very subtle version of blue. 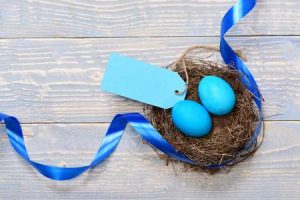 Source: 123RF.comRobin egg blue is actually a version of cyan blue. So why are we including this as yet another shade of blue? Because it’s such an amazing color, and with the added trivia that it actually is closely associated with creation, is also one of those mavericks of blue around. 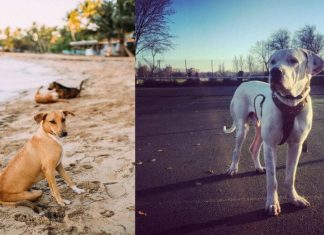 Indian dog breeds that are seeing a return to prominence

Of cupcakes, lipsticks, ruby, and love – the shades of red... Indian gamers get ready for PUBG Mobile India Tour with a...