As the Academy Awards aka the OSCARS made its presence felt in the world of performing arts for the 91st time last night, we bring to you the highlights of the show, the winners and all those events that made it matter at the Dolby Theatre, Los Angeles, California in the United States.

The first time in three decades that the awards ceremony went hostless (after official host Kevin Hart stepped down), the Academy Awards 2019 was a surprising medley of performances and wrap up, as well as a mix of winners competing to beat out the most hopeful victors of the race.

As the ceremony opened with a rousing performance from iconic rock band Queen, the tone of the Academy awards 2019 was immediately set and as many big names claimed the coveted honors for the first time, it was evident that even sans a host after 30 long years since 1989, the 91st season of the most coveted awards event was a truly remarkable affair.

Academy Award winner Julia Roberts thus had to abruptly wrap up the Oscars, thanking all the nominees after the producers of “Green Book” had accepted the ultimate honours with the Best Picture Award. Roberts did the closing honours with a special shout-out to A Star is Born actor Bradley Cooper’s mum Gloria Campano, who is a huge star on Twitter.

Even as the Academy Awards 2019 was remarkable for the continuing runaway success of Bohemian Rhapsody and Roma (that went big in spite of missing out on the best picture award), an Indian documentary also found itself in the fray for the top recognitions.

Titled Period. End of Sentence, the Guneet Monga produced documentary had award-winning Iranian-American Rayka Zehtabchi as the director. A film about menstruation, specially relating to the taboos around it in rural India, winning an Oscar however came as a shock to many including an Academy member who admitted that the “well made film” is based on a subject that men considers ‘icky’.

Started with a small dream in the English department room of @melissa_berton with her school girls of @oakwoodstories for empowering and educating other young girls across the world for better menstruation hygiene. This started 7 years ago with raising money and donating one pad machine… then thought the team should make a movie for better awareness!! @actionindia76 from India helped on ground in putting a machine. @raykaz and @samdavisdp captured all of this so beautifully with @kakarmandakini producing for @sikhya ❤️ . . Today here we are ! All the way to Oscars and have put this story on the map ! One night before the Oscars, whatever may happen…. Team @periodendofsentence is already a winner ! . . more power for all the support and magic @stacey_sher @lisataback . . . This is dedicated to dreamers like each one of you here. Keep inspiring ❤️ @helenyenser @mcmaxam @clairesliney @charlottesilverman @ruby_schiff @aveeybaaby @sophdasch @maggiesophiebrown

Spider-Man: Into the Spider-Verse 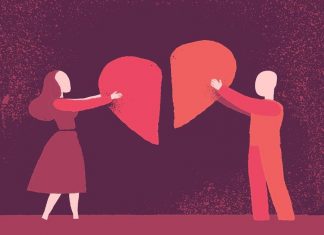 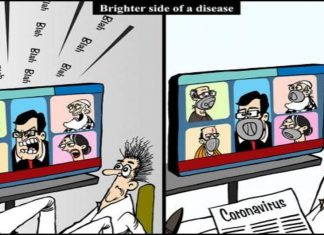 Coronavirus in perspective: scaling up on the brighter side