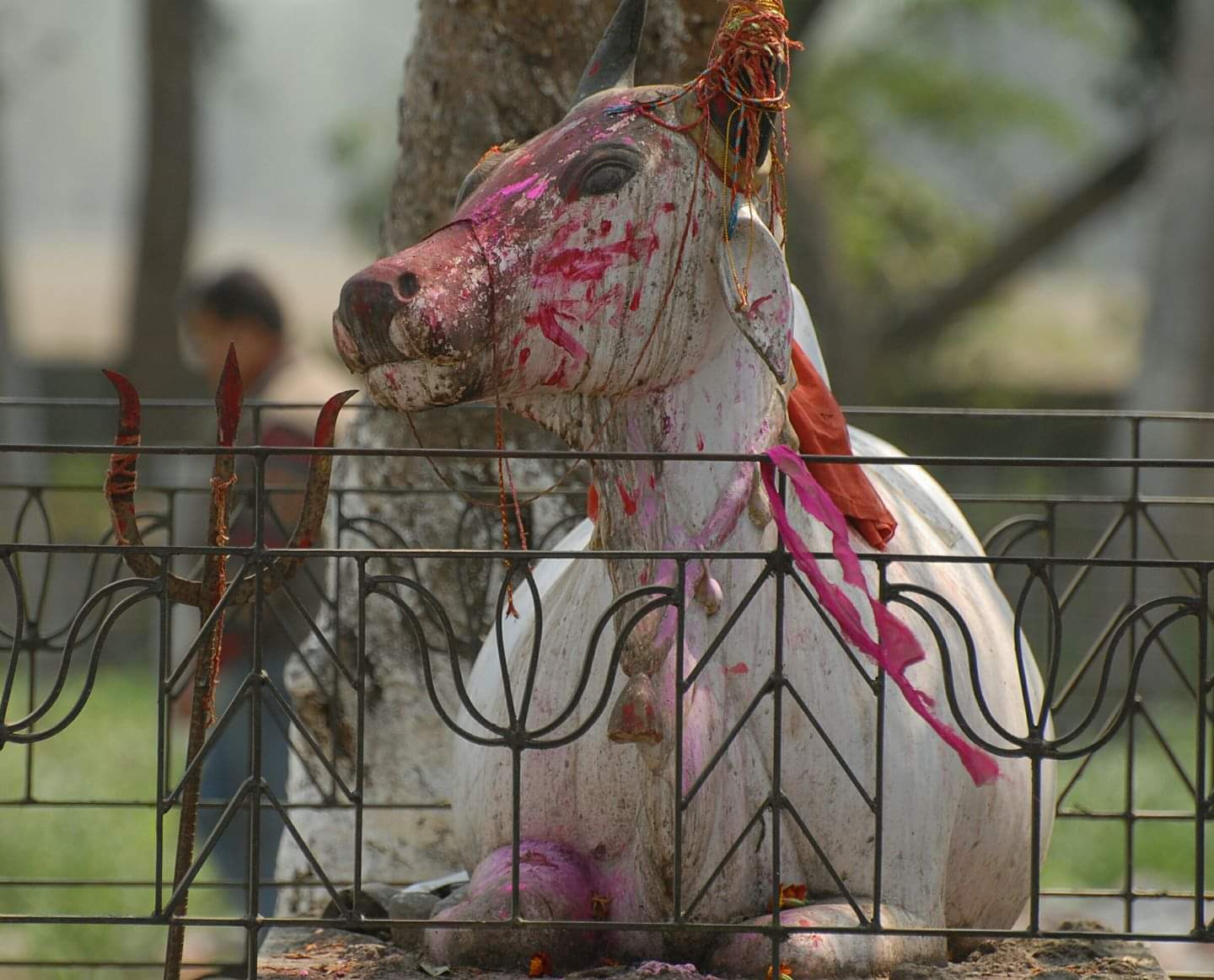 Hey diddle, diddle,
The cat and the fiddle,
The cow jumped over the moon….

…and landed directly onto the “Modified India” – the land of skewed priorities, where the protection of the four legged bovine is a political agenda and an issue of governance. Climate change issues, safe drinking water, gross and unplanned urbanisation of the cities, women’s safety, freedom of speech and expression, education policies, jobs, economy all takes a back foot on the priority list in present day Hindusthan, yes India died while we voted a Government for the cows, by the cows and of the cows…

The cow and it’s priority in our country is just symbolic to the times, there is more than what meets the eyes and ears of the public, there is much more than the cacophony of Modiji’s “Maan ki Baat” but slowly and surely we the people of India solemnly resolved to lose our capacity of sight, sound and perception as we lost ourselves in the resounding labyrinth of faith, religion and an invisible nation building exercise. Getting back to the holy cow, the privileged four legged bovine whose vocabulary does not go beyond the “Moos” and who is probably at peace with “chewing the cud” forever, does not even realise that people are being attacked and killed in their name. Little does the holy cow know that since 2010 there have been 302 cases of cow related violence and that 47 people have been killed in the name of the cow! (Data according to a data analytics site India spend) Newspaper reports of the statistics of cow related violence and deaths have also been reported by the international as well as the national media. A documentary from the Guardian Documentaries series called “The Hour of Lynching” made by Shirley Abraham and Amit Madheshiya hits hard on the alleged murder of a dairy farmer Rakbar Khan in 2008. The film makers say they were compelled to explore the resurgence of primordial violence like mob lynching which were mourned by the affected and denied by the “Gau Rakshaks” or the protectors of the holy cow.

Cow worship is ancient as the country and Hinduism as a religion bears testimony to it with their plethora of symbolic gods and goddesses who were or maybe are cows. Kamadhenu the divine bovine goddess known as the mother of all cows and worshiped as the heavenly cow is one such example. She is a miracle of plenty who provides the owner with whatever they desire. Then comes “Nandi” the bull, the guardian deity of the abode of Lord Shiva. Even other religions and cultures in the world like the Greek, the Roman etc have cow deities which were worshipped during the ancient times.

In all cultures it can be seen that the cow has been revered as a provider or a giver, a symbol of plenty and a nurturer. Thus the ubiquitous cow became holy as a part of our societal needs, became the “gau mata” or the mother cow which was celebrated in each and every household….being born to a typical Hindu family, the word cow always rejuvenated the memory of the sacredness of the animal in our household. All the other members of the house ranging from the cats, dogs, chickens and even the humans shared a common space but not the holy cow. The cow always had a special place called by various names like a “goth” and they even had a special caretaker the “Gothala” who would clean, feed, milk and do everything for the animal. The children were in fact left to fend for themselves but the cows, never, they always had an attendant to their calling or “mooing!”

Festivals like Deepawali brings back more memories of the cows and their sacredness. Each Deepawali began with the washing of the cows and their sheds and decorating the animals with marigold garlands, clumps of cow dung would be placed all over the household and the holy lamps or deeps were placed on these lumps so that the spilled oil would be soaked by the dung. The wood oven fire places would be cleansed morning and night after each meal with cow dung paste and all the pujas, marriages, births and deaths in the family would be accompanied by the ritual of sprinkling of cow urine or “gau mutra” by the Brahmins to sanctify the place. This was probably in the eighties or nineties when I was still a Hindu not only by birth and culture but also by religion, the cow indeed was sacred in each and every Hindu household.

But today in the new millennium as a Hindu only by birth and culture and not by religion I totally fail to understand and justify the theatrics of this New India, the Smart India, this Digital India and Skilled India and their urgent need of political advocacy and vigilantism to prove the legacy of our culture and the sacredness of the cow. Trying to push this animal towards human levels is probably the biggest blow to its holy existence! I want Vicky Kaushal to ask me out on a date…...