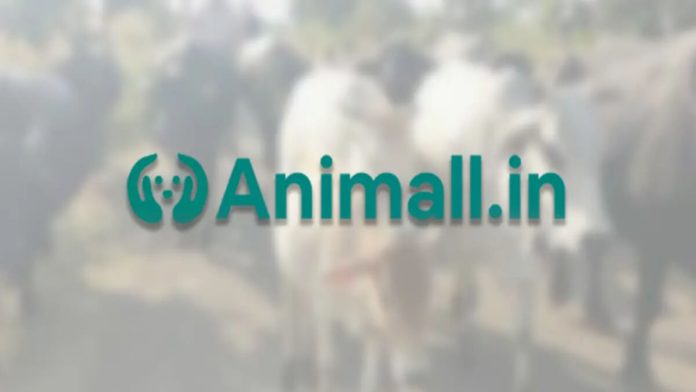 E-commerce today encompasses a significant chunk of what characterise the world in a large part of its daily activities. From groceries to food, from clothes to accessories, from electronics to household staples, almost everything that comes under the purview of the buy and sell spectrum of the economy has been efficiently rendered possible under the all inclusive umbrella of business that e- commerce has helped facilitate. But beyond the consumption and purchase of goods and things, and also services for sure, this mode of the digital is expanding also to make space for such essences of business to gain ground that has been continuing till today in only as traditional means of their marketing as possible.

Striving to break from this adherence to the age old but inconvenient mode of traditional business but spurred further also by a vision to make matters more conducive and hassle free has seen the emergence of a particularly revolutionary and intriguing platform that seeks to make the most of the feasibility and ease that transactions in the digital world are characteristic of. As a country that boasts the biggest cattle population in the world, on which therefore is also dependent a huge chunk of the country’s human lives for their livelihood, India has always had in place a significant market that allowed for the buying and selling of livestock. Particularly prevailing in the form of traditional fairs and festivals are these form of cattle markets where trading of animals have been taking place since long back. It has been in this particular arena of business, hitherto unexplored before in the digital world, at least not in the wholesome mannerism that Animall has consciously been doing for a couple of years now that makes this rather innovative startup a breakout phenomenon of the entrepreneurial scene that India has seen such massive growth of in the recent years. No less stupendous however has also been the beginnings of this particular e- commerce platform that was the brainchild of two IIT graduates, each of them steeped in their own distinction of making it matter even when hailing from rather humble circumstances, so much so that they could even be considered trailblazers of some sort in their own might.

Conceived of by Rajasthan native Nupur Yadav and Haryana girl Kirti Jangra, Animall came into existence in the year of 2019 as the farsighted approach of these fellow mates and room mates of IIT Delhi with two other co founders Anurag Bisoyi and Libin Babu in tow. The premises though that marked this path of transition from close knit friends to business partners with the entrepreneurial streak running through either wasn’t one that was smooth and easy, not that it was any more expected as well. For Yadav who had just quit her job at online storytelling platform Pratilipi in what was her second job change across four years, the decision to consciously embark on a path that wasn’t just one that was less trodden but also one that seemed ridiculous at first glance to tread was certain but of greater surety was the awareness that her family, even when it was one of those many dairy farmers that her venture would eventually help out, would not likely immediately conform to the ingenious sounding idea. The task was no any cut out for Jangra as well who too was about to declare her ditching of the job she held then with publishing company Penguin, supposedly in favour of the ambitious prospect of pursuing an MBA in the United States. As the protagonist of such a script of success rarely encountered in the small town of Hisar from where she hailed, Kirti Jangra’s decision was of course met with much ecstasy by not just her parents but also her extended family, all eagerly waiting to celebrate her feat. But the corresponding clause that followed of not sticking to the US schedule either was what understandably sent the whole Jangra family into a tizzy.

The new age Jangra narrative unsettled sure Kirti’s government job holder father who found it hard to see the promise in his daughter’s newfound dreams, even when his brother himself was a dairy farmer, the likes of which Jangra envisioned to benefit with her initiative. The reality was equally difficult to fathom for Yadav’s father who had so wanted to chart out a course for his daughter that was a visible diversion from what the family had been used to doing. For someone who had fended off the entire community and sold his cattle to procure the fees for his daughter’s engineering studies at what was one of the most esteemed institutions in the country, Nupur’s father did not quite fancy the idea of his daughter’s choosing. But nevertheless, the continued support that the two girls had been endowed on by their families throughout their life manifested once again in all strength as both Nupur Yadav and Kirti Jangra eventually managed to let their dreams take flight even in the face of jibes and taunts and apprehensions directed to their concern, perhaps not so much in disapproval of their idea as guided probably by the unprecedented, ‘dramatic’ and somewhat alien nature of what they set about to do.

As Animall launched by the end of 2019, commencing operations out of a small rented room in the tech city of Bangalore backing in fact an idea conceived by Yadav out of an internal hackathon at Pratilipi, it did not breakthrough to be the stupendous success that it has evolved to be today. Instead, with just some 50 animals sold along the business trail of this particular e commerce platform, Animall was far from inducing the revolution it believed itself to be capable of. But come 2020 and the coronavirus induced nationwide lockdown presented itself as a blessing in disguise for the nascent startup that saw transactions across its realms plummet, with the end of the year seeing sales of some forty thousand cattle per month! That indeed is massive a figure by any standards, helped further by the Animall app’s user friendly interface and most importantly it being available in the Hindi language which was the primary mode of communication of the targeted group. With over 1 million downloads by the end of 2020, the utility driven Animall app helped facilitate indeed the buying and selling of cattle in as digital a mode as possible, moving away considerably from the traditional way of going about this whole livestock business.

While the user friendly interface and novel idea that led to the development of the Animall app is indeed what had made it such a resounding success within a short span of time, it also has been the incorporation of some rather amusing details that makes the listings on the app stand out in their appeal and also in catering more efficiently to the exact requirement of its users. With a honorific Ji attached to the name of every seller who seeks a buyer for their cattle through the reach of the app, Animall attends well to the social convention that governs still largely the masses for whom this venture is particularly suited. Also suitably localized in essence to ensure that accessibility is not an issue, the end pursuit of cattle trading has also been rendered more convenient and feasible by the rather clear detailing of the enlisted animal, making therefore transparency a very vital accompaniment of every transaction. No wonder, with such minute attention to the intricacies and methodologies that has made it work in such profound assertion, Animall lays claim to be the “No. 1 gaye bhains wala pashumela”. Beyond however its essence as a e-commerce platform that facilitates the buying and selling of livestock, Animall goes a step ahead in also manifesting itself as a forum where veterinarians are available to scour out advice for a range of issues related to cattle health, even as the community of dairy farmers engaged in buying and selling cattle through the app get to discuss their strategies for milk procurement while relying also on a Doodh Parchi to keep tab of the amount of milk they have sold and a rate calculator to keep themselves abreast of the prevailing prices in the livestock market.

The insight that went into launching this online platform as an organised marketplace for cattle itself is significant in leading the venture to success but not just in the novelty of its idea. Helped immensely in this pursuit has been the close connection both Jangra and Yadav has had with dairy farming, understanding therefore the need for a more convenient medium through which cattle trading needs to take place to help the cause of the masses involved in this whole trade and business. In harbouring hence a personal awareness of what needs to be done and embarking therefore along its precincts, the founder duo of Animall has managed to exhibit enough resolve, both in their vision and in its deliverance to have become a multi crore venture in its very first year. Also raising millions of dollars in global funding with its promising premise that has managed to capture the fancy of its many an investors who are delighted both with the manner and scale of functionality of Animall is this visionary indeed platform of commerce that sure is unprecedented a scripting of a remarkably different success story. 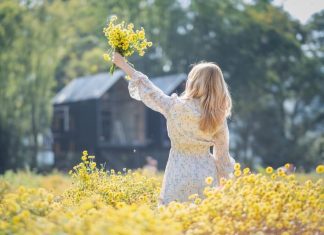 Curling up with the cosy charms of Cottagecore 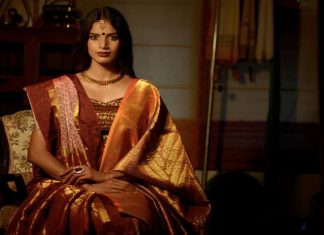 12 types of banarasi sarees you can choose from and everything...