INNFINITY
Home Limitless When even givers take it all: the surprising scientific benefits of the... 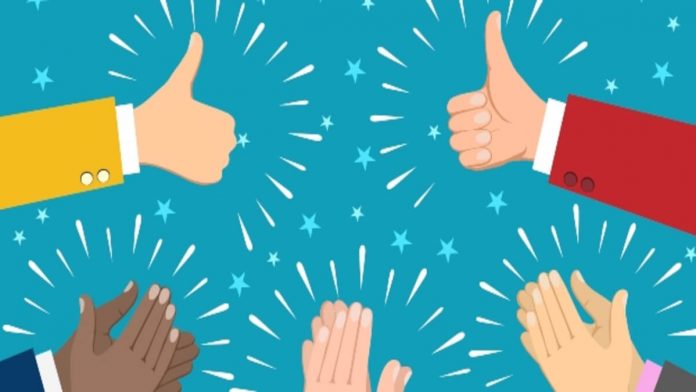 It is no untold a secret today- the power of compliments as a humanly expression of appreciation that registers fondly in our heart and prominently in the brain that makes us feel so good when we receive them occasionally. But while being praised or appreciated in very concrete terms, articulately that is, is indeed a source of joy as all of us have come to decipher at some points of our lives or the other, it also is no less a unique experience in realisation the fact that even giving a compliment has also the same sort of benefits accruing to us. And while that may be a lesser implored aspect of what governs the science that goes behind praising and praises, it indeed is no less true a fact of reason than any other.

Of course, it is the sincerity behind giving a compliment that matters when it comes to appreciation. For fake praises and over extolled showerings of it can come across as flattery, that which can indeed be quite a setback for the ones receiving them. Even for the giver, flattery seldom works mostly because it is not their natural response to something of someone but for the receiver it can be even more upsetting, disrespectful even, to be sung appreciation of for something that does not quite feel right to them. And with unconscious but really effective elements at play like tone of voice and body language inevitably giving away the untruthfulness of what is proclaimed as a maverick in all propensity, insincere compliments does only negatively impact the relationship and bond between people.

The first reason why compliments need to be sincere and not deliberated is because of the direct impact they have upon the functioning of the brain- the most important organ of the body from where everything related to the cognitive flows. Receiving compliments trigger the reward center of the brain and incites one to action driven more on motivation and positivity thereby setting in motion a further cycle of action done as best as possible to one’s capacity that earns them even more appreciation. And while this aspect of compliments might come across as something that mostly benefits the ones at the receiving ends of it, the way in which it impacts the giver is really surprising. Specifically for those whose compliments might be directed to a greater goal of coming across as motivating, specifically when it really is sincere and not just a means to achieve that end, it is the one who compliments who also stands to gain from this expression of appreciation. Particularly in settings like the workplace or one where motivation is often the factor that matters a lot in maintaining a healthy professional scene of work, giving someone a compliment can actually be a very genuine way of boosting productivity. To that extent, in bringing in the results with as much as a honest expression of appreciation, giving compliments is really a blessing in disguise for all.

Less rooted an idea in the very aware realm of begetting something out of giving compliments would be its ability to reiterate itself as a positive trait of human behavior, that which in turn works upon bringing about a more optimistic existence. A subtle, very unconscious mechanism in working is what lends us to notice and appreciate the good things in others around us, which we express by means of compliments. In the process, what we are doing is not just gratifying those whom we praise but also better our own outlook with happy, positive, inspiring things that can go on to have a surprisingly beneficial effect on our lives as well. Complimenting someone on some thing of theirs, whether it be a material possession or a personal trait that defines them or some achievement that indeed is laudable, makes us also more aware of what we really like since it tends to be a spontaneous expression of what we feel. Except when we give a compliment just for the sake of it, expressing appreciation is also a way to feel more happy with ourselves, perhaps in the knowledge of making the day a bit better for someone else, in the process while also affirming our own interests since it is when we appreciate the good of others do we come to know what really appeals to us as well.

It helps also that compliments can be so wonderful a way of breaking the ice by being a good conversation starter or by making you tick off just right as being on the same page. Giving a compliment is actually more rewarding an experience than what we commonly come to make out of it. Givers of compliments are also the people who manage to more effortlessly strike up positive, meaningful relationships with others since in their very nature of tending to express their appreciation of behavior or appearance in others, their personalities manifest as one that is more approachable, generous and inviting- all very specific traits of what is expected out of healthy people relationships. Giving compliments to others is also likely to earn you the warmth of a reciprocation from the receiver while making them take an innate liking to you while making conversations and interactions more desirable and mutually fulfilling. Helping foster as well a certain social connection with others is what compliment givers can expect out of their profuse expression of praise for them, even when they might not really harbour a end in sight to accrue to their well intentioned flowing of the words of approval.

Needless to say, compliments can be a way for the receiver to gauge that they hold some kind of value in your eyes, that allows you to nurture a genuinely special connection with them. This connection while might stem from the premises of the receiver’s confidence and positive assertion about themselves can also be beneficial to you as you end up winning their trust. Indeed surprising is the manner in how giving compliments can be a pretty accurate measure of personal growth. Seeing the good in others might incite either a streak of jealousy or spark an appreciation in any human who happens to be rational though instinctive beings, but when you actually set about giving expression to the appreciable by means of the compliment rather than letting it weigh you down into the uncomfortable selfishness of a sense of envy, you are mastering also the command you exert over your emotions, growing therefore with it as an extension of personal development that makes you so much the better person you hold the potential to be.

Also, this conscious decision to dwell on the good rather than deliberate on the otherwise implications of it is very much an effective way at reconditioning the way in which the brain works, wiring it to readily leap on to happy, positive behavior such that your whole existence becomes an extension of such positivity. In its impact upon the workings of the brain, the giver of the compliment also comes about with an expansion of their intelligence and cognitive abilities. Going out of one’s way to express your real appreciation of others bodes well also for your self esteem and confidence simply in the knowledge of being a good enough person trying to spread positivity through the world. Empathy being another key connect in how inclined someone might be as a compliment giver, it is natural therefore that complimenting others is an assertion of your most humane nature as well, one that helps you harbor a more balanced approach to life yourself.

Giving compliments can be a rather interesting way of tricking your brain into looking for the best even in difficult situations. As recognising the good to deliver true, heartfelt compliments becomes part of your essence as a person, you start to gain greater hold of your brain in leading it to see the positive in everything. Needless to say this particular streak of focusing on what is positive and uplifting over what might not be not so conducive of garnering praise and appreciation works as another aspect of the growth journey you undergo as an evolving, dynamic person willing to mould yourself into a better individual. The art of giving compliments can also help you overcome your apprehension that you might have in talking with others since speaking up something positive is likely to be met more favourably than any other thing you choose to blurt out. That most prominently contributes to emotional well being and endows one with a mental worth, specifically because it is a practice you can indulge in again and again until it becomes so ingrained a part of your nature of speaking out praises that nothing seems uncommunicable to you anymore.

Simply through a mere few sincere words of appreciation, compliment givers can create a world of whole more resonance, that benefits them as much as the ones receiving their generous shower of appreciation. Spreading kindness, inciting good cheer, inspiring positivity and eliciting the most friendly and real responses from others are all the many reasons why you should forever be a giver of compliments that costs you absolutely nothing but still earns you a bevy of generous rewards you would only be better off with. Indeed, the culture of compliments is so courteous a way of life to start living in right away so that we reap together all the happy courteous rewards of the many illuminated brains and joyous hearts on earth. 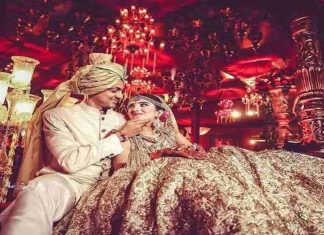 How To Make Your Indian Marriage Stand Out