The typical attributes of Indians and Indianness have been as party to the winds of change as any other thing in the world over the times. With such experiences and anecdotes unique to each generation leading to the colloquial jargon for them, reinstated time and again in such phrases as ‘the India of our times’, it then is quite laudable an achievement that there still exist certain facets of the identity that the whole of the country across many of its continuing generations connect to, even in all their many tweaks and morphing over time.

Particularly with reference to popular culture, a segment of the public memory still remains as receptive of certain brands and specific names, to the extent that most of these generic proper nouns have become staples for more than merely one generation of Indian people. And one such very discernible ‘attachment’ that has been forged among the Indian masses for more than half a century now is that to the brand of a product very commonplace, yet asserting its presence over the years through a singular idea set in such series of humour and wit that has us professing our unwavering loyalties to it.

The allusion here is to a brand that has positioned itself as a mainstay of the great Indian experience but not merely by virtue of being a product par excellence. In fact for something as humbly unsophisticated as what adhesives are meant to do, Fevicol is a brand that is fairly often encountered in the common Indian parlance. And why not indeed? With years and years of being the name and face behind some of the most iconic advertisement campaigns in the Indian world, the essence of Fevicol’s identity as a household brand today derives most from its quirky approach to advertising its product. Even stupendous is the realisation that Fevicol has ‘stuck’ through the ages in the realm of the common existence in the country even when it was developed as an adhesive for use in such aspects of the trade as carpentry. One look at the whimsical way in which the brand has eked out an image for its own, and you can easily decipher the place of humbling pride that Fevicol captures in the common Indian existence, elevating itself as an uncommon product bordering on unessential to today becoming as much of a pinpointing uncommonness in the massive legacy unfolding therein.

Emerging as independent entity in 1959 when he Pidilite Industries Limited was floated by the Parekh Group, Fevicol might have become something of a digital phenomenon in its legendary ads only four decades later when it rolled out its first video commercial as ‘Dum laga ke haisha’ in 1989 but even prior to that, the minds behind the brand had already been reaping the benefits of advertising among the masses. Even in benefitting from word of mouth publicity and of course also the quality of it, Fevicol had been seeing popularity even before venturing into the ad world. The decade of the 80’s and the 90’s however changed the equation for the brand altogether, as Fevicol became so prominent a vision in its many occurrences as print ads and commercials that set the basis of it emerging to be perhaps the most iconic brand in all of Indian history.

In adhering to the most native of ideals of the advertising spectrum, Fevicol succeeded in creating for itself a market that had till then been not considered much prospective. Simple, oftentimes silly stories, make up the plot of the ads that which dwell in not any premise unduly grand but rather on realistic settings, evoking images of ordinary everyday existence. But even in deriving from the real world, every single of the Fevicol ads are set apart also by the constant innovation that which pursues the same idea of ‘Majboot Jod’ effectively, every single time. But what undoubtedly makes all these ads work with so much of a guarantee is the humour that is so skillfully interwoven in each one of them. Another very interesting premise on which almost all of the Fevicol adverts work is their universality when it comes to deliverance. With minimal dependence on verbal communication, the ads also effectively overrule the barrier that language might have posed in putting across the whole point of the narrative that which caters unfailingly to demonstrate the ‘sticky’ characteristics that which makes Fevicol also among the most popular adhesive brands in India. With such attention to critical aspects of what makes some of the most memorable- even cherished advertisements, it is no wonder indeed that any replay of Fevicol ads on the TV screens are watched on with rapt attention, marvelling every time at the creativity and comic finesse that these commercials have managed to get perfectly spot on over the years for a ‘bond’ with every common Indian that indeed is as unbreakable as the strength of their very product.

For a brand that which is exclusively about sticking things (back) together, it isn’t just its creative play in the ad sphere that has us all aware about Fevicol being The Ultimate Adhesive, as it proclaims to be. Also resonating with similar stances of it is the very logo of the brand that which is yet again an interesting, quirky take on what Fevicol and the range of other adhesive products from Pidilite seeks to do. With a pair of elephants trying unsuccessfully to pull apart a pair of the Magdeburg Hemispheres, the as iconic logo plays also on the same unbreakable bond that Fevicol has dwelt on over the years in its advertising pitch. Even as a brand that holds its own among the masses, Fevicol itself has persisted relentlessly in sticking to its consumer base, not merely by means of popular ads but also through such medium that has defined communication every now and then. Its equally quirky presence on digital platforms today is an even profound reminder of how this product of modest origins and equally modest identity continues to spur the emotions of more than just one generation of souls nationwide.

From its nascent beginnings in 1959 with a single product to encompassing today an offering of some 75 different types, the brand has come a long way as far as its portfolio is concerned. As regards its presence in the public spectrum and the associated impact it has had on public memory, the picture is no less prominent. Starting off with the 1997 Rajkumar Hirani ad Dum Laga Ke Haisha to its more recent 2019 offering celebrating a legendary 60 years of existence, Fevicol has painstakingly sustained itself as a brand of every segment in time. Be it the ever popular overcrowded bus ad or the quirky egg campaign, the ‘dreamy’ Train ad starring Katrina Kaif or the overly imaginative cliffhanger one and of course the many ‘socially relevant’ campaigns like the Joint Family or the Saas Bahu ads and the 2020 rolling out of its awareness campaign pertaining to the coronavirus crisis, Fevicol’s leverage of its image in the collective range is as rooted in consciousness as it is in commercialism. To that effect therefore, in managing to emerge as fitting of circumstances and conditions or merely of changing times, Fevicol owes much of its creativity and continuance to the agency that has been conceptualising and designing its ads for more than 30 years now. With Ogilvy, Fevicol had embarked upon the branded bandwagon with a panache that sees it flourishing till date with one of the most successful brand building campaigns in India to its credit. The creative partnership has yielded results that are there for all to see and enjoy and while for Fevicol, it has led to a rather iconic status in the commercial context that which also has successfully seen a crossover in emerging as an emotionally connected engagement, for Ogilvy as well, the association has been incredibly rewarding. Fetching Ogilvy the Campaign of the Century Silver at the 2000 Abby Awards for their Fevicol adverts as well as a Lion at the Cannes, this has been a bond as iconic and unbreakable as the very one the product purports to build and sustain.

Even outside the ambits of its partnership and its ads, Fevicol continues to be as much of a hysteria in the popular space. With such Bollywood divas as Kareena Kapoor delivering the moves in the Fevicol Se song in the blockbuster Dabangg 2, it isn’t just the common Indian man that the adhesive has managed to glue itself to in their fond memories! 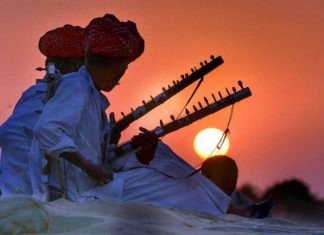 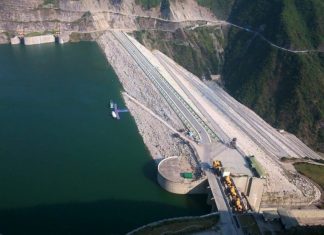