INNFINITY
Home Limitless Big companies are going bonkers as they lose copyright to some of... In a world that has forever been bound by the threat of plagiarism and unauthorised usage of original works, it’s perhaps only apt that each new beginning strives to bring about greater equality and lesser prejudice. That’s exactly what 2019 has ushered the literary nook into- a realm free of the shackles of copyright and therefore the tiring notion of its violation.

As the clock struck midnight and folks all around the globe reveled in another year being ushered into the horizon, word fanatics also rejoiced in a victory of the jargon. It will evidently be the year of celebration for all those enthusiasts stuck with the pursuit of the word.

From January 1st this year, a mass US copyright expiry brings a flood of works into the public domain that has been frozen on their tracks since forever. Literary exploits dating as far back to 1923 are all set to be out for dissection and exportation in the public circuit for the first time ever. On paper, these works should have been explored and experimented several times in the past two decades if not for existing and mostly extended copyright laws.

Linguistic gems of the years gone by have been vying to outdo the originality of their creators for close to a century now (95 years to be precise). But with copyright infringement laws coming up with all their dictum and doctrines of protection to guard the volley of literature, fans have had to wait an agonisingly long time to spin out their fantasies around the web of amazing tales woven by classy minds.

The original copyright protection was due to pave way for public pursuits as way back in 1998 but with its own vested interests in place, Mickey Mouse creator Walt Disney made provisions to extend the non violatory arrangements so as to cater to its self protection.

With restrictions finally out of order, the interpretations that can be reckoned now are numerous. Fresh paperback editions, free pdf copies, fan fictions, sequels, prequels, spin offs- virtually a revolution can be ushered to further enrich the play of words. Undoubtedly, the future seems bright for some of the most iconic pieces of modern day word records.

Among major works that have been liberated from the chains of limitations imposed on them is a strikingly evocative poem by a quintessentially modern poet. There’s perhaps no rejoical at the moment that does not concern the liberation of Robert Frost‘s much popular poem Stopping by woods on a snowy evening. One of the most read poems from the anthology of modern day literature, Stopping by woods is strikingly relevant, melancholic yet hopeful at the same time. So poignant is the theme of time slipping away from one’s hold manifested through the rhyme of this particular poem that it inevitably engulfs one in a sense of belongingness, yet imparting to the reader the feel about just how futile and short lived life can be.

A lone man with his horse pondering over the nuances of responsibilities he needs to complete in his life as he wanders about the deep and dark snow clad woods is enough food for the mind. The setting is mystic, the interpretations sullen and the realisation is one that desettles the peace of understanding, yet delivers a calm acceptance of all that is to end at some point of time.

What perhaps lends this particular poem such a deep perspective in the public reverie is its essence. For indeed, as mortal beings who are forever trying to live multiple lives in one, the universality of continuance is dominant. The realisation is no doubt every inch an innate awareness, something that is deep rooted in the psyche yet proves to be a lesser known understanding that has a somewhat eerie feel to it.

Perhaps the appeal of the poem lies in it being a stark reminder of existence, an acceptance of reality the way it is. And to think that such an epoch piece of asset wouldn’t have been reproduced in numerous deliberations and in ways that you wouldn’t even deem conceivable would be a rejection of the intelligence of the literary minds that infest this world of mechanical beings. It is in instances like this, with greatness as realistic as the one under consideration that makes the revokation of the decades long copyright law all the more significant.

Among other works that are now free for use in the public domain are Kahil Gibran’s The Prophet, Virginia Woolf’s Jacob’s Room, Agatha Christie’s The Murder on the Links, Marcel Proust’s The Prisoner (La Prisonnière, vol. 5 of In Search of Lost Time), William Carlos Williams’s notable book The Great American Novel, H. G. Wells’s Men Like Gods, or any poem from Robert Frost’s Pulitzer Prize-winning collection of poems New Hampshire.

Cecil B. DeMille’s The Ten Commandments, Charlie Chaplin’s The Pilgrim, Buster Keaton’s Our Hospitality, or Rin Tin Tin’s Where the North Begins as well as The Chip Woman’s Fortune, the first drama by an African-American author produced on Broadway are among the collection of theatrical productions that enters the public domain in 2019. Songs from Noël Coward’s London Calling! or George Gershwin’s Stop Flirting would also be among the performances that would be excluded from royalty from now on.

Welcoming classic works to the public domain has anyways been an annual New Year’s Day tradition. And with 2019 seeking to continue this tradition after quite some years of misses, we all expect this year to be the one propagating liberty in artistic ventures. 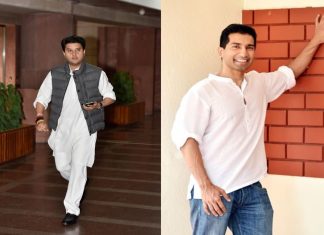 16 fit politicians in India who are setting the fitness goals... 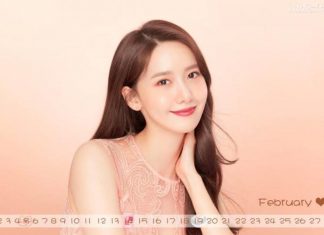 The K-Beauty Boom in India 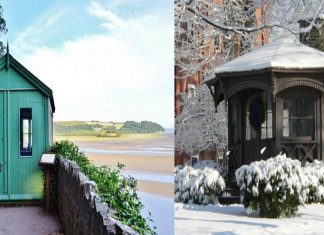 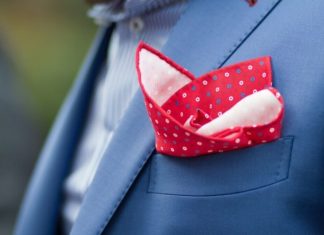