India boasts of a host of famous sportspersons across a range of different sports who have made the country proud with their commendable achievements. Here’s a compilation celebrating the birthdays of some of the most famous Indian sportspersons-

India’s only individual Olympic gold medalist, the now retired Abhinav Bindra was born in Uttarakhand to a Punjabi family. The first Indian to have held concurrently the world and Olympic titles for the men’s 10-meter air rifle event, Bindra currently is a member of the IOC Athletes’ Commission.

The first and only golfer to have played in the Asian Youth Games, Youth Olympic Games, Asian Games and Olympic Games, Aditi Ashok was born in Bangalore and also is the first Indian to win a Ladies European Tour Title.

Bajrang Punia is a freestyle wrestler from Haryana who has won three medals at the World Wrestling Championships.

The torchbearer of Indian football in the international arena, Bhaichung Bhutia hails from the state of Sikkim and had been a key player in the national team during the period 2005- 2011.

An Indian sprinter who has represented the country at the Olympics, Dutee Chand hails from Odisha and is notable also outside the purview of the sport in being the first Indian sportsperson to come out as a member of the LGBTQ community.

The first Indian wrestler to have clinched gold at the Commonwealth Games as well as the first female wrestler from the country to qualify for the Olympics, Geeta Phogat hails from Haryana and is one of the Phogat sisters, born to the Dronacharya Awardee father Mahavir Singh Phogat.

Hima Das is the current national record holder in 400 meters and is also the first Indian athlete to win a gold medal in a track event at the IAAF World U20 Championships.

The first Indian pistol shooter to reach number one in world rankings by the International Shooting Sport Federation and also the first from the country to clinch gold at the ISSF World Cup finals, Heena Sidhu was born in Punjab to a national sports shooter father.

A professional badminton player, the Maharashtra born Jwala Gutta has to her credit numerous firsts. The first badminton player from the country to qualify for two events in the Olympics, Gutta also holds the record of the most wins by any Indian at international events in both mixed and women’s doubles.

The captain of the 1983 World Cup winning Indian national cricket team, Kapil Dev is often hailed as one of the greatest captains in the history of cricket and also considered amongst the greatest all rounders to have played the gentleman’s game.

A tennis player from India widely considered as one of the greatest doubles player in the history of the sport, Mumbai born Leander Paes had been a former Davis Cup captain and holds also the record for the most doubles wins in what is one of the most prestigious tournaments of the tennis world.

Another of the World Cup winning Indian captain, former cricketer Mahendra Singh Dhoni was born in the small town of Ranchi and rose from humble beginnings to establish himself as one of the greatest wicket-keeper batsmen and captains in the history of the game. The captain of the national teams that won the 2007 ICC World Twenty20 tournament, the 2011 ICC Cricket World Cup and the 2013 ICC Champions Trophy, Dhoni has also been the holder of a wide range of cricketing records both in his capacity as a player and as captain.

The first Indian to win a Grand Slam tournament, Mahesh Bhupathi is also one of the only eight players who have achieved a career Grand Slam in mixed doubles. Hailing from Chennai, Bhupathi also is widely acclaimed as one of the best players of all time.

One of the most decorated of Indian sportspersons, boxer Mary Kom is the only female to become World Amateur Boxing champion for a record six times, the only female boxer to have won a medal in each one of the first seven World Championships, and the only boxer ever to win eight World Championship medals. Born in Manipur, Kom had also been ranked as the world’s No. 1 female light-flyweight by the International Boxing Association AIBA.

An air gun shooter from Haryana who has represented India at the Olympics, Manu Bhaker became the youngest from the country to win a gold medal at the International Shooting Sport Federation World Cup when she clinched the title in 2018 at the age of 16.

The current captain of the Indian men’s national hockey team, Manpreet Singh hails from Punjab and had also captained the India junior men’s hockey team in the 2013 Men’s Hockey Junior World Cup. Singh is also the 2019 winner of the FIH Player of the Year Awards.

Also hailing from Haryana is javelin thrower Neeraj Chopra who had been the holder of a world junior record as well as multiple times holder of the national record in javelin throw.

A racing driver who was the first Formula One racer from India, Narain Karthikeyan was born in Tamil Nadu and continues to enjoy popularity still as the fastest Indian in the world owing to his racing speed.

The only player to have won the Asian and World Championships in all formats of Billiards and Snooker, 23 times World Champion Pankaj Advani was born in Maharashtra and is India’s first world champion in 6-red snooker.

Badminton player P V Sindhu is the first ever Indian to become the Badminton World Champion and the first Indian woman to earn an Olympic Silver medal. The Hyderabad born Sindhu had also been one of the highest paid female athletes of 2018 and 2019.

The God of Cricket, Sachin Tendulkar was born in Mumbai and in his numerous cricketing records and achievements is considered one of the greatest batsman in the history of the game. Boasting a century of international centuries, the prolific batsman had amassed more runs than any other throughout his more than two decades long international career.

A former World No 1, badminton player Saina Nehwal was born in Hyderabad and has been the first Indian in the sport to have clinched an Olympic medal. Her many distinctions like being the first Indian to win a Super Series title or the only Indian to have won the BWF World Junior Championships have led Nehwal to be considered one of the most successful Indian sportspersons.

Sakshi Malik is the first Indian female wrestler to win a medal at the Olympics and was born in Haryana in a family where her grandfather was also a wrestler.

The most successful female tennis player ever in the country, Sania Mirza is also the highest ranked female from India as well as the only Indian female to win a WTA title. A former World No 1 in doubles, Mirza was born in Hyderabad and is undoubtedly one of the country’s finest tennis players of all time.

An Indian cricketer and the first woman player from the country to score a double hundred, Smriti Mandhana was born in Mumbai and has been part of the national women’s cricket team that played at the 2017 World Cup. Mandhana has also been the World No 1 among batswomen in the ICC list in 2019.

The current captain of the Indian football team, Sunil Chhetri is the most-capped player and all-time top goalscorer for the Indian national team. The Secunderabad born has also scored the second highest number of goals in international matches among active male players after star Portugal player Cristiano Ronaldo.

The only Indian since independence to win two individual Olympic gold medals, Sushi Kumar was born in Delhi to a family where his father was also a wrestler. Kumar had also won the 2010 World Wrestling Championships title.

The first Indian chess grandmaster and a former world champion, Viswanathan Anand is one of the most prolific chess players in the world. The Tamil Nadu born had also enjoyed a rather long stint as the World Number 1 in chess and is one of the few players to have surpassed an Elo rating of 2800.

The current captain of the national cricket team and widely regarded as one of the best contemporary players of the game, Virat Kohli has been the fastest to race his way to a number of milestones in international cricket. Also one of the most valuable athlete brands and the only cricketer to be among the top 100 highest paid athletes, Kohli is currently also the top ranked ODI batsman in the world. 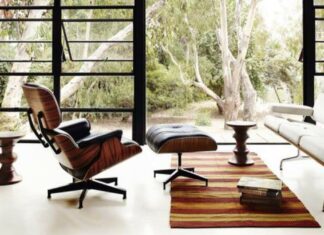