INNFINITY
Home Limitless Nothing’s in the name for Black Friday! Fridays have largely been about doomsday. You know how they make this uncanny pair out of Friday and the 13th to mark a date that goes down in the calendars as an ominous day of the year? In its ‘legacy’ therefore, this particular day of the week that should instead be appreciated more as the one that heralds the weekend ends up though as a black existence so much so that Black Friday has come to be a term denoting even a major event that is the contrary of anything catastrophic.

In fact today Black Friday happens to be a much anticipated day in some countries of the world. Particularly for the most powerful land of America, Black Friday holds tremendous potential, if not significance, in kickstarting the shopping spree that is so integral to Christmas celebrations there. In being an event immediately following the all important observance of Thanksgiving in western countries, Black Friday tends therefore to be a misnomer in its name.

Black Friday in fact refers to the fourth Friday of November, directly following the Thanksgiving holiday which falls on every fourth Thursday of the penultimate month of the year. But what makes this particular Friday unlike any ordinary one that comes and goes all through the year is it being the official beginning of the Christmas season in the US. As the last official holiday before the big celebrations of Christmas sets in with all its cheer and spirit, the occasion of Thanksgiving brings along with it also news of the setting in of the most magical time of the year. And with hardly a month left for the festivities to culminate on the 25th of December, Black Friday sets the tone for what is to follow in this exciting time when the festive spirit rules large.

Black Friday also is convenient a day to emerge as the time when Christmas preparations begin in full swing, at least in checking off items of the Christmas shopping list. With Thanksgiving Thursday being a holiday, the following day itself would be one that would see people upbeat about the long weekend that has already begun setting in. And it isn’t also only about the vibe of it; this extended weekend period also holds economic potential. With the long weekend in tow and December ringing its way in already, the stage is set for the all glittering celebrations of Christmas and what better than a full day dedicated to shopping to kickstart the festivities? It is exactly the working of a logic like this that led to the emergence of Black Friday as a phenomenon in the first place.

Black Friday came to be associated with Thanksgiving perhaps with the advent of the Santa Claus Parades. The notion of this particular Friday to be the vantage point for Christmas gained ground sometime in the early 1950s, drawing from circa 1905 when Canadian department store Eaton’s began the first Thanksgiving Day parade by bringing Santa on a wagon through the streets of downtown Toronto. With Santa Claus always appearing in the last float, this was obviously the signal for all to rejoice in the knowledge that Christmas was not too far away. While these parades were a means by major departmental chains to push the public into hurrying about for their festival prep, it continued to remain as a tradition, so much so that advertising for the festival season is usually refrained from by all prior to Thanksgiving. This however created also some controversies in the 1930s as retail stores did want to push ahead with their marketing for the festive season. In fact, the ‘tension’ that built up was substantial enough to have then US President Franklin D. Roosevelt officially proclaim Thanksgiving to be the fourth Thursday of November rather than the last, which is the traditional period of celebration. The trend stayed and today Thanksgiving is mostly celebrated on this official date and thereafter begins the Xmas shopping carnival.

How Black Friday stuck however as the name by which this day came to be distinguished remains shrouded in quite some history. Despite obviously the no negative connotations that Black Friday carries today, the term indeed was initially applied not to holiday shopping but to financial crisis. In particular, the crash of the U.S. gold market on a Friday September 24, 1869 arising out of the shrewd scheme of two Wall Market financiers Jay Gould and Jim Fisk, is what came to be associated with the ominous Black Friday. As counter measures were brought into the picture and fortunes made and lost in a single day, it perhaps validates somewhat both the negative and positive stemmings from what is now so prominent a day in history.

Another very interesting piece of history related to Black Friday and that which conforms more to its Christmas link is such incidents of the 1950s that had been till then almost a regular following of Thanksgiving. As an overwhelming number of workers called in sick the day after Thanksgiving to attain a four day weekend, the concerned Friday became notorious with the black premonition. But valid as it may seem a reason for Black Friday to have acquired its name, it’s indeed surprising that the name came not to stick because of it. More prominent in usage was the same term among the police of Philadelphia and Rochester who described the overwhelming crowd and traffic congestion on that particular day of the year as something particularly notorious, hence a black Friday. With growing attention however, Black Friday was conveniently modified to allude to things that would not be associated with as ‘nefarious’ activities. It has been only since the 1980s that Black Friday came to represent the point in the year when retailers begin to turn a profit, thus going from being “in the red” to being “in the black”.

Over the years however, Black Friday has stuck with this ‘commercial’ meaning though there certainly has been alterations in the way in which it seeks to function. No doubt the Friday after Thanksgiving still marks the beginning of the festive shopping season and record sales are still as regular a phenomenon on this day as are the teeming crowds and snarling traffic. What have changed however are the ways in which Black Friday has been interpreted. While earlier practises on this day had seen stores open up as early as 8 or 9 in the morning that which was pushed by a couple of hours over the years, today Black Friday hours begin from midnight itself with some even resorting to make Thanksgiving Thursday the new Black Friday.

The phenomenon has also crossed boundaries, from being an American wave the day is now a big event throughout all of the United Kingdom, Canada, Mexico, Romania et al. Even countries like France and Switzerland, Germany, New Zealand, Australia and many more that has seen Black Friday setting in somewhat recently are now witnessing a rapid boom of sales on this particular day of the year. In spite of drawing from the US outbreak, Black Friday has manifested its burgeoning presence around the world in different avatars. Deserving special mention here is Mexico that sees its very own annual nationwide shopping festival El Buen Fin, meaning The Good Weekend every year since 2011. Taking place on the weekend before Mexican Revolution Day that which is celebrated on the third Monday of November, El Buen Fin is an attempt by the Mexican government to stimulate the economy by encouraging consumption and to improve quality of life through promotions and discounts. Taking a cue from America’s Black Friday, the 2020 edition of El Buen Fin in fact was organised as a 12 day affair rather than the usual four days over the weekend that sees its enthusiasm.

There also have been debates though on what Black Friday can spell in terms of doom. While the surge in traffic and pedestrian movement as well as the race to grab goodies can mean safety risks there also have been concerns with environmental repercussions. The mad rush to buy merchandise at a discount leads consumers to purchase things that they have no need for but still pick up on impulse. That might for sure be a stimulation of the economy but the dangers of fast fashion and over production as well as mindless consumption puts the health of the environment at stake. But even with all such concerns, whatever they might be, Black Friday is characterised by the festive frenzy that which finds expressions through splurges on shopping. With special sales and tremendous discounts on offer throughout the day, Black Friday indeed embodies the spirit marking the beginning of one of the world’s major religious festivals. Chaotic yet celebratory, frenzied yet fabulous, Black Friday is an encompassment of the festive colors of the world! Creative ways to use old sarees in a unique manner 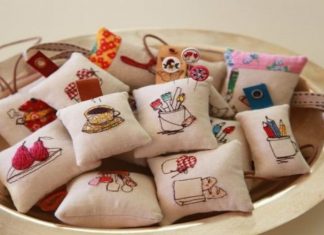 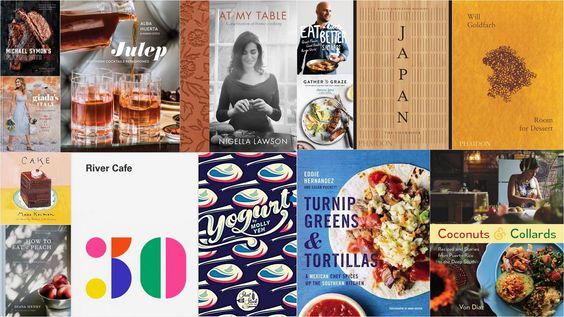