INNFINITY
Home Limitless Over and out with workplace boredom 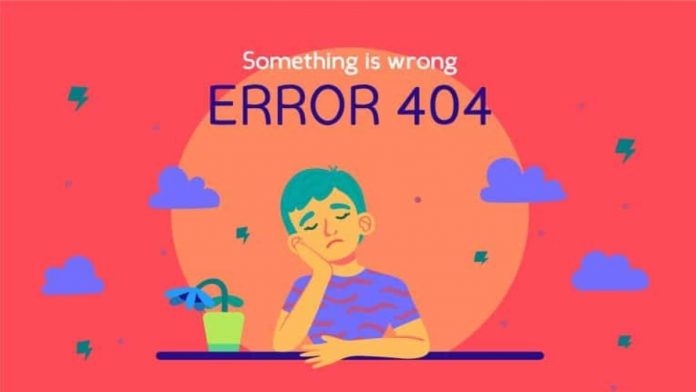 The global change in our way of life induced by the pandemic has opened up a Pandora’s box of enormous mess that however is only a more voluptuous breakout of what has been plaguing our modern day existence all along. From the sphere of the physical considerations that has been seriously limited by otherwise unimaginable dictums of self isolation and social distancing to the more nuanced realms of the psychological that is triggered by even the most smallest of disruptions, it isn’t just the illness but also the changed nature of the world attributable to the outbreak that has proved to be the debilitating pandemic of the 21st century. With our entire life flow disrupted and even the much loathed routine existence pathetically ruined, there indeed have arisen newer issues to deal with but it has been the emergence of existing concerns in more aggravated, more intense manifestations that has been particularly surprising in their potency to take even occasional sufferers of their plight quite by surprise. Particularly pertaining to matters of the psychology have been such experiences of the past one year and a half that hold serious potential to afflict humankind all the more and envelop us all into what can very well be another epidemic in the making.

For most of the world thrown into disarray by the coronavirus pandemic, it has been the abrupt way that things have ceased to be that has been most disturbing. And yet, despite schools being shut, offices suspended, customary obligations almost done away with and the forever coveted luxury of work from home and flexible work shifts having found their way into the new mode of existence, the toll of work, both personal and professional have not dampened even a bit. It in fact has even exacerbated, mostly due to work and personal life boundaries overlapping as well as the fatigue of the boredom that has set in courtesy the halt of all activities considered non essential to existence but indeed more than just essential to worthy living. And despite the seemingly innocuous grounds on which it breeds, boredom or rather the tendency to get bored easily and rapidly has been one of the major concerns of the modern world, which however had not yet been able to come out full guns blaring in a pre pandemic world where we had easy access to all means and necessities to keep ourselves entertained. Today however with most means of the relaxing luxury curtailed and humans left to fend almost completely on their own, this rather viral strain of a boredom otherwise benign has effectively asserted its gnawing presence into our lives and has made as effective a crossover also to all aspects of the modern way of existence, most notably the professional ambits of it.

What has therefore ensued out of this increasingly fast paced realisation of boredom is a certain concept that however is no means a breakout of the current times but indeed one of the many resilient outcomes of it. Boreout, that sounds so much like burnout and is similar to it in many aspects, often going by the parallel understanding of ‘occupational burnout’, as an understanding of the human psychological process is a term that dates back more than a decade to 2007 when it was advanced by Peter Werder and Philippe Rothlin who however were not anyone concerned with the intricate workings of the human mind but rather two Swiss business consultants who put forth their perception of the syndrome in their book Diagnose Boreout. In its origins therefore, this has been a concept intricately related with the folds of business, work and professions, making it more aptly a ‘formal’ behaviour even when it can persist as well in personal realisations in certain associated forms. In effect boreout seems like rather casual an affliction of the human mind, arising in such cases and from such reasons linked to experiencing boredom at work. But the grave nature of what has been touted as the sibling of burnout is defiant enough in its prejudice to warrant a related spree of struggles and consequences of both physical and mental bearings that make therefore the understanding of its concept a necessity more rooted in urgency.

The simple premises of which boreout is an emergence means that almost all of us has invariably experienced it at some or the other point of our daily trudges in offices and work spaces that seek to drain out the whole life of us. It occurs in all those moments of exasperation when we feel bored to death at the recurring routine of attending to the same old job with the same old set limits of our profile and designation, presenting to us as persisting tasks of such irrelevance that seem to be void of any meaning and substance. And yet, despite the commonplace grounds and even commoner nature of its prevalence, this is an issue not accorded due recognition owing simply to the fact that getting bored is a very natural way of the human life. While that indeed is no less a truth, it is the massive disruptions that this boreout syndrome causes our life and health and career to experience that makes it the silent but significant evil lurking in the path of our existences.

At the basic of the boreout phenomenon is obviously something as simple as the inevitability of not being excited for routine happenings at the workplace that most of us anyway view as synonymous to ‘not having a life’. But the bored experience begins to gain greater intensity in the presence of a few stimulating factors such as being consigned to the same task year after year at job, a burst of the expectations vs reality bubble when you discover that your promised profile is nowhere near what your current work profile is, lack of motivation and sometimes vision as well, a taxing work environment that is physically crammed and mentally unrewarding, a feeling of being underchallenged or not being assigned such work that does justice to one’s potential, all especially over a prolonged period of time. Identified as chronic boredom, boreout plagues employees in more terrifying manifestation of such identifying factors, translating as something very intense as succumbing to the void of meaninglessness, a general perception of one’s own as worthless or even an experience in crisis, of identity, of career growth or worse, even of life itself.

No less concerning are the more tangible consequences of the condition that which finds expression in the workplace as ‘unethical’ behaviour in the form of cyberloafing, goofing around, not getting work done or slacking, tending to personal interests while at work or thereby interfering with the whole functioning of the organisation itself. With coping mechanisms as these that are adhered to do away with the exertions of the boreout phenomenon, it becomes very clear that this presents itself as a very viable dampener of professional growth for the individual, leading them to emerge as duller, uninspired, uninterested version of themselves. More defined coping strategies of boreout can be the stretching work strategy that has employees stretch out what is essentially a few days’ worth of work to an entire week’s time or the more clever pseudo- commitment strategy under which bored out staff stay longer at their desks than usual to show off their dedication to work while effectively attending to tasks that have virtually no connection with their professional mode of life. Either way, in each case the employee concerned knows the reality of what they are doing thereby further influencing their awareness of themselves as concerns their own unimportance or their perceived inefficiency.

For the institution itself in which such bored out employees work, the effects are no less alarmingly pronounced as it leads to an increased likelihood of employees turnover, less efficient realisation of work targets, an unfavourable response formed about the workplace ethics and conditions and such other consequences adversely affecting the company profile. But it still is the individual who bears the greater burnout of their boreout experience, living under the constant fear of being held accountable by the management and therefore risking their avenue of employment while at the same time not wanting themselves to stay in a job that they do not enjoy but having to still yield into owing to a large prevalence of reasons.

Bored, dissatisfied and frustrated, such individuals often develop other behavioural illnesses while rendering themselves more susceptible to conditions like depression and suicide- the latter being a very literal take on the ‘bored to death’ understanding, stress and anxiety, all while silently suffering the brunt of an experience deep rooted in stigma and taboo of what comes across as an undesirable trait of personality. Equally concerning are the many physical health conditions that boreout increases the risk of, triggering stress and exhaustion related as well as other disorders like insomnia and other severe sleep disorders, tinnitus, susceptibility to infection, stomach upset, headache and dizziness, cardiovascular events, certain types of epilepsy, hand and voice tremors, shingles, and ulcers. Eating disorders, dangerous addictive behaviours, unexplained fatigue are other complex issues bored out employees find themselves mitigating even as they contemplate a range of other life affecting decisions like job switch or such other alternative recourse to employment, early retirement options and the like while continuing to perceive their own health and physicality and life conditions as poor and frustrating.

While boreout thus presents a serious state of affairs for both employees and employers to be mindful of within the predicaments of the work space, what lends this syndrome an even exaggerated hold on the psychological space of humans living through the current times of the pandemic is its further compounding of the complex woes of ennui the world has landed up on. With external distractions far fewer than what they used to be and our only source of keeping boredom arising from all the ample available time at disposal being work, what has emerged is this paradox of trying or needing to drive out the boredom of life by engaging ourselves in professional commitments, that which in themselves are many a times as lacklustre as the times we are living in. Cordoned therefore from the hard earned riches of luxury, all we are left with is desperately trying to come up with meaning in the listless alleys of our existence within the sphere of our work, which suddenly has encompassed all the more substance what with uncertainties like job and pay cuts and ever diminishing means of employment and finances threatening to come in the way of even the most basic mode of our existence. In such circumstances, boreout has taken on an even frightening dimension, placing us in a precarious situation in between the devil and the deep sea, threatening to bombard us with having to deal with extreme, chronic boredom in either world. Though there exists ways to consciously work our way out of boredom, the tricky workings of them as well as their restricted purview in the times of today means that we are more vulnerable than ever to succumbing to what can very well be a disaster waiting to catch us all unawares and unprepared. The trick perhaps lies in channelising all our bored energies to such pursuits that can be rewarding in some way, no matter how small and insignificant or how personal or professional they might tend to be. 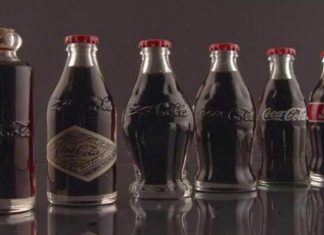 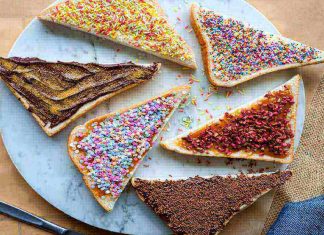 The world gets ready for FIFA World Cup 2018!