INNFINITY
Home Limitless Breaking the barriers in literature with their writings Breaking the barriers in literature with their writings on subjects and themes which are not so politically or culturally correct in the Indian context, these fearless voices needs to heard and read more often since “what India needs is a cultural revolution.”

Ismat Chughtai was born on 21 August 1915 in Badayu, Uttar Pradesh.

“Women cook food Ismat. When you go to your in-laws what will you feed them?” he asked gently after the crisis was explained to him.
“If my husband is poor, then we will make khichdi and eat it and if he is rich, we will hire a cook,” I answered.
My father realised his daughter was a terror and that there wasn’t a thing he could do about it.”

Chughtai  graduated with a Bachelor of Arts degree in 1940. Despite strong resistance from her family, she also completed her Bachelor of Education degree from the Aligarh Muslim University the following year. While at the Aligardh Mulim University she became associated with the Progressive Writers’ Association, having attended her first meeting in 1936 where she met Rashid Jahan, one of the leading women writers involved with the movement. Chughtai started writing in prvate around the same time though she published her works much later in life.

Her stories and their themes range across women beyond caste and creed with a focus on their struggle to break free from a culture steeped in  patriarchy. Ismat tried to convey through her stories the stigma attached to women sexuality, female kinship, widow remarriage, prostitution, same sex desires and much more. “Lihaaf” (The Quilt) is her most read and criticized story for which she even had to face court charges for obscenity.

Suniti Namjoshi was born in 1941 in Mumbai, India. She is a poet and a fabulist.

“Once, a fellow graduate student asked me whether I had smoked grass and I said that I hadn’t and, in an attempted jibe at coolness, had instead told him how I had tried to smoke rolled-up cabbage leaves in the past,” she says. “Needless to say, our versions of grass were entirely different.”

Namjoshi passed the IAS in 1964 and worked as an officer in the Indian Administrative Service before pursuing further education. She studied Public Administration at the University of Missouri and earned a PhD later on. Thereafter she taught in the Department of English at the University of Toronto from 1972 to 1987. The Feminist Fables was written in 1981.

She writes fables, poetry, prose autobiography, children’s stories and they are all about power, about inequality, about oppression and the effective use of language. Namjoshi can be called a fabulist who is not preachy and a feminist with a deep sense of humour. “The Fabulous Feminist” is an anthology of a range of her writings from the 1980s to the present showcasing the genius of Namjoshi in investigating in fictional mode, the female psyche in conjecture with the Society which gives its shape.

Kamla Bhasin was born on 24th April 1946. She is an Indian developmental feminist activist, poet, author and social scientist

“Often religion is used as a shield to justify patriarchy. When you question something, you are told, ‘yeh toh hamara sanskar hai, riwaaj hai (This is our culture, our traditions)’. And when this is done, it means logic has ended, belief has come in.”

Bhasin earned a M.A. from Rajasthan University and then went on to study Sociology of Development at Muenster University in West Germany with a fellowship. Then she taught at the Orientation Centre of the German Foundation for Developing Countries for about year and thereafter started working with the Food and Agriculture Organization, at the UN. She quit her job at the UN in 2002, to work full-time on her feminist network, Sangat.

“What India needs today is a cultural revolution,” says Bhasin and this thought of hers is interwoven within one of her most famous piece of writing, a poem called “Because I am a girl, I must study” Kamla Bhasin, through SANGAT, has trained about 500 South Asian women from different walks of life on gender issues.

Indira Goswami was born on 14 November 1942. Known by her pen name Mamoni Raisom Goswami, she was an Assamese editor, poet, professor, scholar and writer.

“Most of them are from real life – like the young widowed cousin of mine who dared to love a Christian missionary and was burnt alive for it, or the widowed aunt who worshipped her husband’s chappals all her life, or the Sikh auto driver in Delhi who carried me to and from college, who was killed in the anti-Sikh riots in 1984. I must feel, touch and live those characters. But, I do mould them.”

Goswami studied at the Pine Mount School, Shillong and completed Intermediate Arts from Handique Girls College, Guwahati. She majored in Assamese Literature from Cotton College and went on to complete her Masters Degree from the Gauhati University in the same field of study. After working at the Sainik School in Goalpara, Assam for some time she re located to Delhi to become Professor of Assamese in the Modern Indian Languages & Literary Studies(MIL) Department at the University of Delhi.

A woman of courage and conviction, Indira Goswami’s voice has always been important in championing the women causes and highlighting the plight of the widows. Her role as a social activist is depicted clearly in one of the most controversial writings the “Chinnamastar Manuhto” (The Man from Chinnamasta, 2005) where Goswami wrote about animal sacrifice at the Kamakhya Temple.

Meena Kandasamy was born in the year 1984. She  is an Indian poet, fiction writer, translator and activist who is based in Chennai, India. Most of her works are centered on feminism and the anti-caste Caste Annihilation Movement of the contemporary India.

“Women and men have both a limited time in the world, and we cannot wait for the revolution to finally happen and then we realise that we are free to love and live with people of the same gender or another caste, religion, race, nationality, whatever.”

Meena completed her Doctorate in Socio Linguistics from the Anna University.  She works closely with issues of caste and gender and the stereotypes created by the Society. Facing massive online abuse on twitter for attending and supporting the “beef eating festival” to protest against the “food fascism” in hostels by the Osmania University, she wrote an article in Outlook India, titled ‘A Cowed-Down Nation.’

“When I Hit You: Or, A Portrait of the Writer as a Young Wife” is the most widely acclaimed book written by Meena and which delves deep into the fact how gender oppressed  ideology  remains perpetuated in our Society irrespective of class, education or politics. 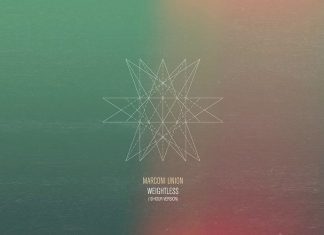