It’s a new year, a new dawn and you have resolved to see off your single status this time. You are even set for making 2019 your year of resolute commitment.

Before you get too carried away by the ethereal ideas of romance and the warmth of affection, it’s better to be a bit more in the know. Specifically because any relationship that has to last a lifetime will inevitably bring along with it a baggage of expectations.

These are the most despondent of truths ruling a love bond and though you shouldn’t be buoyed by them, it’s necessary that you know what you would be getting yourself into.

And while dreamy traps will be trying to lure you with all the pretty promises and dunken stuff, we tell you the 10 absolutely brutal truths about a relationship you should realise before it is too late for you.

#1 Love is everything but dreamy

Love most often is a fantasy. And in the initial days of a relationship, this is a fantasy you might as well be living. The butterflies that you feel in your stomach at the mere sight of your significant other or the flutters when his hand caresses you all feel like magic. But this isn’t something that you would perhaps feel for ever.

Any long term relationship isn’t anything that is particularly dreamy. As days pass by and years roll on, you also begin to take the love of your life for granted. No wonder then, even romantic relationships gets hard to be nurtured once you have been in it for too long.

#2 Differences will drive you crazy

Very often we end up falling for the person who is categorically different from the rest. Our notions of romantic incitation are strongly bound by an attraction towards the extraordinary. But when you have been at the same uniqueness for long, you cease to see it as something worth appreciating. More often than not it’s just a matter of time before those eccentricities seem like unbearably crazy routines to you.

Romance in the real world might not be anything magical, but the notions associated with it surely are. Obviously then, you view your beloved as a demi god, free from flaws and designed to perfection as you go on raving about just how awesome they happen to be.

Once you start being with them for considerable periods of time, you see the perfection cracking up to reveal layers of flaws and insecurities that is such a setback to you. And this is one of those brutal truths that lurk outside, waiting to ruin your otherwise beautiful connection.

It might suck a hell lot but one strikingly shocking truth about relationships is that one person is often more invested in the relationship than the other. This is an undeniable fact of human nature. Some people are naturally more compassionate and emotionally attached than others. And with the dictum of ‘opposites attract’ being the norm, it is quite the rule that a caring soul gets stuck up with in a way too practical romance. And while it might be hard to admit and accept that your significant other isn’t so significantly involved in the bond that you both share, it’s a really essential truth of life and love.

Being in a relationship with someone who isn’t particularly expressive can be such a pain in the arse. Love anyway transcend all claims about its divinity once you are some time ahead into a commitment and it tends to get even worse if you are with someone who just can’t make his emotions known. Because not being made to feel special (through words/deeds) is a serious turn-off, particularly when you are romantically involved.

#6 Self respect would be at stake

Being in a relationship means that at sometime you would obviously have to adjust in some thing or the other. That’s perfectly normal and even healthy. Because it shows that you are willing to make sacrifices to stick with your partner. But soon you find yourself slipping into a zone that might not turn out to be a particularly good space. You discover that you are having to deal with bullshit too much and too often, even undermining your worth and your own respect. That’s something that should not be even the last resort in any case whatsoever. But with relationships, it’s one of those glaring, unpleasant realities you just can’t ignore.

While not respecting yourself is one of the most demeaning things to do, irrespective of whether you are in a relationship or not, demeaning and deriding others also counts among one of the worst things you could ever do. It is however, not unusual to start disrespecting your partner after constant weeks of bickering and snapping at each other. And this certainly counts as one of the most destructive truths defining a relationship.

#8 Passionate love is a rarity

As with every fleeting human emotion, love also is very much a transient feeling. You fall in love and out of it, only to fall back in again. Indeed, the whole experience might be tiring after a certain point and love ceases to be anything you would ruminate over and over again. And not just a romantic relationship, this lethargy that love brings along with it seriously strives to ruin whole lives with this bitter manifestation. The passion of love that had initially kept you going seems so much a burden that reality has to bear.

#9 Love has to bear the brunt of life

Surprisingly, as love wanes and fades away, you begin to blame your bland relation for every negativity engulfing you. Even the blame of those things that don’t concern your relationship but makes you feel miserable nonetheless inevitably falls on that bond you once cherished and valued so much.

#10 All relationships will end someday

You might have been hearing all those “You are my world”, ” I can’t live without you” multiple times over the course of your relationship, but you need to be rest assured that none of this is blatantly true. Humans as rational independent beings can survive without anyone and everyone. And though you might want to live in your bubble of unconditional love and revel in the luckiness of your existence, love as a fantasy is rather short lived.

All love is to end at some point or the other, and so are those relationships. So either it be some misunderstanding or a fade off of the compatibility or the graver situation of death doing you apart, separation is an inevitable and painful, yet profound truth of relationships. And the sooner you make an acceptance of this, the better.

This indeed is the truth of all relationships. Whether it be trivial issues like your man’s bad sense in fashion that sets you off or the more serious case of having to deal with a cheating partner, love isn’t easy. So before you set your foot on the battlefield of romance, make sure you are absolutely at peace with these defining aspects of a relationship.

Till then, happy singling. 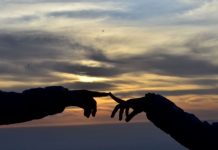 All the reasons that led Cupid to strike you right this Valentine’s Day!