Comedy is one of those art forms that is indeed one of the purest. And with the laughter scenario in India scaling newer heights, let’s take a look at how the comedy space has been expanding in India with the formation of the Canvas Laugh Club.

Canvas Laugh Club (CLC) is one among the popular names in the Indian comedy circuit. With a huge repertoire of budding and known comedians in its fold to enthrall the audience with open mic performances and stand up comedy, CLC is definitely one of the forebearers when it comes to the genre of entertainment comedy in the country.

NOT SO COMIC BEGINNINGS

The story behind the formation of the Canvas Laughter Club is as interesting as the acts dished out under the aegis of this laughter club. Amar Agrawal, the founder and director of the club has a different story to tell about the serious business of exploring comedy in India.

As a laughter enthusiast himself who has been watching stand up comedy ever since the time he had been in college at University of Southern California in the US, Amar Agrawal found it difficult to come to terms with the realisation that in a country with a sufficiently large population- the second largest in the world to be precise- the medium for entertainment are seriously limited.

Setting out to establish his own taste in relaxation as a means of entertaining others as well, Agrawal came up with plans of setting up a club gig for funny shows. As the managing director of luxury retail brand The Spa Group, Agrawal’s foray into comedy after breaking away from engineering and business reaped rich rewards but it wasn’t exactly a smooth journey.

If comedy not being a popular mode of entertainment till then was the issue of bafflement for Agrawal, the reason for the same was also nothing sort of shocking to the entrepreneur. For, in a country of more than a billion people, there just wasn’t enough comedians to keep the people entertained. And Agrawal had to resort to outsourcing funny people from other countries to set up the stage for live comic performances in India. In fact, it wasn’t until 2012 that Indian comedians started to perform live at the Canvas Laugh Club.

It wasn’t easy. And certainly, not cheap either. And while the issue of paying fees to the performers was one issue that had the coffers of the club under strain, an even bigger issue was the recovery of the price. Agrawal soon realised that the Indian audience were not yet game to paying a fair price for live entertainment. Even with prices at the base of Rs 500 per head, the audience was more or less reluctant and when Agrawal decided to raise the base price to Rs 750 to recover some of the costs, the dividend failed to pay off, with occupancy shooting down from around 80 to a mere 20%.

Obviously, the setting wasn’t yet conducive to a full-on stand up comedy scene in India but nevertheless, Agrawal persisited in his ‘mission’ to break even, at least for his own sake. And broke he did, when for the first time in 2015, five years after it came into being, the CLC managed to break even ground.

From working with some of India’s as well as globally finest talents in the field of comedy to providing a platform to upcoming talents, Canvas Laughter Club has been instrumental in setting up the comic scene in India in the eight years since its launch. The pioneer of the stand up comedy scene, CLC is India’s Unofficial Comedy Destination and with more than 18 million views per month of content on digital platforms (CLC YouTube and the like) is also the comedy streaming giant in the country.

With stand up acts, solo sessions, kids shows, speaker series, open mic sessions even for beginners et al on offer, Canvas Laugh Club features some of the best in the comedy business to send its houseful audience reeling off with peals of laughter.

Beginning its journey as the Comedy Club to being named Canvas Laugh Club and rechristened as such after having been renamed as Canvas Laugh Factory, the CLC has indeed come a long way to ensure that the stand up comedy scene in India expands beyond its nascent stage. 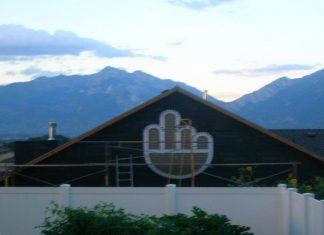