India, 24th August, 2021: Transporting attendees virtually to the Caribbean, BACARDÍ held yet another successful edition of its festival, Casa BACARDÍ. Ode to the brand’s Caribbean roots, the festival leaped into the future with India’s first fully immersive 3D experience, giving artists and consumers a unique avenue to do what moves them. The platform featured 13 Indian and international artists and had fans join the festival from 25 countries.

Launched in 2019, Casa BACARDÍ, a celebration of the brand’s Caribbean roots, has only grown bigger with every edition, starting from an on-ground experience and then moving to the virtual realm. This year, they have taken it a notch higher with a virtually immersive 3D island, witnessing a variety of sets performed by DIVINE and the GULLY GANG, Tesher, MC Altaf, Tsumyoki, Kidd Mange, Gauri Who, and Natasha Diggs. The event was hosted by the much loved Abish Mathew who entertained the audiences with his very own avatar in the Casa BACARDÍ world. The festival was a celebration of music, culture, dance, and virtually connected audiences through photobooths, games, mobile and in-world chat and real-time customizable cocktails.

The highlight for the fans was the ability to join in the virtual world as their very own customized avatar with exclusively available Casa BACARDÍ T-Shirts available only on Sansar.  Avatars could also visit the in-world bar where they were greeted by BACARDÍ bartenders who taught them how to mix drinks through a RUM 2 3 quest where they mixed various ingredients into an original Bacardi cocktail. Upon completion of this quest, they won an exclusive virtual t-shirt.

Moreover, enabling customers to enjoy a completely sensory experience, through spatial audio, and personalised avatars, Casa BACARDÍ’s after party was hosted after the bash at the fest where audiences got to attend an exclusive performance by MadStarBase as well as Sango.

Commenting on the success of the festival, Sameeksha Uniyal, Consumer Marketing Lead, Brand BACARDÍ, India and South East Asia said, “It is overwhelming to see the audience and artists’ love for Casa BACARDÍ only grow with every edition. They keep building on our right to participate in these cultural avenues and conversations with such a heart-warming response to all our platforms. We’ve always kept consumers and their preferences at the heart of everything we do, and brought them newer avenues to continue doing what moves them. This encouraged us to build the future-forward virtual island this season and has only raised our spirits to keep thinking out of the box.”

BACARDÍ and OML came together to conceptualize this event and worked creatively with leading virtual events platform Sansar to create a 3D world that enabled consumers to socialize virtually. To add to the celebration, special Casa BACARDÍ kits were available for consumers to purchase online. These kits included a limited edition Casa BACARDÍ T-Shirt, A DIY Cocktail kit, A custom BACARDÍ tote bag, some cool inflatable drink holders, and much more, enabling consumers to create their Caribbean vibe at home!

Consumers who tuned in enjoyed 13 performances,2 in-world photobooths, 2 customised BACARDÍ games and some amazing music all from the comfort of their homes.

In case you missed it, catch a glimpse by following @casabacardiin,  #DoWhatMovesYou, and #CasaBacardi to stay tuned for more exciting events lined up!

About BACARDÍ® Rum – The World’s Most Awarded Rum

In 1862, in the city of Santiago de Cuba, founder Don Facundo Bacardí Massó revolutionized the spirits industry when he created a light-bodied rum with a particularly smooth taste – BACARDÍ. The unique taste of BACARDÍ rum inspired cocktail pioneers to invent some of the world’s most famous recipes including the BACARDÍ Mojito, the BACARDÍ Daiquirí, the BACARDÍ Cuba Libre, the BACARDÍ Piña Colada and the BACARDÍ El Presidente. BACARDÍ rum is the world’s most awarded spirit, with more than 800 awards for quality, taste and innovation. BACARDÍ is the No.1 best-selling rum according to the Drinks International Annual Brands Report 2020. Today, BACARDÍ rum is made mainly in Puerto Rico where it is crafted to ensure the taste remains the same today as it did when it was first blended in 1862. www.bacardi.com

The BACARDÍ brand is part of the portfolio of Bacardi Limited, headquartered in Hamilton, Bermuda. Bacardi Limited refers to the Bacardi group of companies, including Bacardi International Limited. 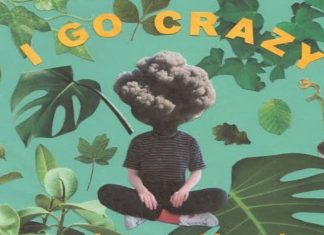 26 craziest things to do before you die because you only... 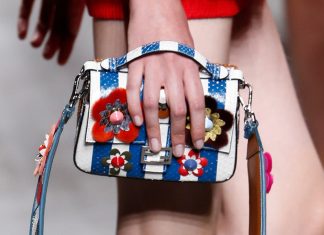