INNFINITY
Home Limitless Cases which never saw the light of justice and proved that insaaf... When such crimes are perpetrated that puts entire humanity to shame, the least one expects is that cases as grave as these are properly investigated and the victims of such heinous crimes are served justice. But even as years and decades go by without any trace of the accused being convicted, insaaf emerges more as a myth rather than a way of civilized society. We list 11 cases which were instances of brutality and yet the culprits roam around at large even now, in appalling instances of apparent apathy.

In a murder that had sent shock waves throughout the country, a 14 year old girl Aarushi Talwar and the domestic help Hemraj were the unfortunate victims. A love affair was immediately discerned as the probable cause behind the gruesome killings.

On 16th May in 2008, when the body of the Talwar daughter was found lying on her bedroom in the house of Rajesh and Nupur Talwar, Hemraj was the most obvious suspect. However, things started getting murkier once the body of Hemraj was discovered the very next day at the terrace.

As things spanned out, shocking revelations of Aarushi’s parents being the propagator of the gruesome killings came to the fore. The murders were discerned as a suspected case of honor killing as Aarushi and Hemraj were supposedly involved in a romantic relationship.

From arresting the family driver and worker initially to convicting the Talwars of the murder and acquitting them only to convict them again finally, the double murder mystery has been a whirlwind saga. Even after the Supreme Court sentenced them to life imprisonment in 2013, the case went on. Finally in 2017, the couple was acquitted but there are undoubtedly numerous faces of the case that still evade the public eye.

The wife of then Union Minister Shashi Tharoor and a glamorous socialite, Sunanda Pushkar died a death that despite being an apparent case of suicide remains mired in controversy.

Pushkar’s marriage to Tharoor in 2010 was her third attempt at a successful conjugal life. Delhi’s dream couple seemingly had a fairytale romance, yet all of this came crashing down when Pushkar was discovered dead in 2014.

On January 17, almost four years after their marriage, Tharoor found his wife’s lifeless body in a hotel suite. Interestingly, just a day before her death Pushkar had a nasty Twitter spat with Pakistani journalist Mehr Tarar. With reports of a possible affair between Tarar and Sunanda’s husband Shashi Tharoor, people find it hard to believe that the glamour girl’s death was a mere case of suicide.

Though preliminary investigations stated a sleeping pill overdose to be the cause of the death, startling disclosures have since been made. The medical team who had the case on probe confessed to providing a false report under pressure.

Police did file a murder case on the death mystery, and what was interpreted as a drug overdose was later linked to an intentional attempt at poisoning. The deceased’s husband was under a cloud of suspicion as being the one behind the murder. Yet half a decade into the death and the case remains as open as ever.

The Sheena Bora murder case remains one of the most bizarre in recent Indian crime scene for more than one reason. Though Sheena’s mother Indrani Mukerjea had always maintained that Sheena was her sister and not her daughter, the wife of business mogul Peter Mukerjea indeed was Sheena’s mother. Sheena is one of Indrani’s children from her marriage to Siddhartha Das.

Sheena was murdered in April 2012 allegedly due to her romantic involvement with Rahul Mukherjea, the son of Peter from an earlier marriage. Both Indrani and Peter did not approve of the relationship between the two as they technically happened to be siblings.

Another issue that might have troubled Indrani and Peter were related to the acquisition of property. Eventually in April 2012, six months after Rahul and Sheena got engaged, Sheena was found dead due to strangulation.

Investigations into the death revealed horrifying truths. Sheena was found to be sedated and killed by her own mother. Indrani was assisted in the heinous crime by her driver Shyamwar Rai and another of her ex husband Sanjeev Khanna.

The burnt body of the 24 year old Sheena was found in a pit in a remote district in Maharashtra. The discovery was shocking however, for it was only in 2015, three years after the murder that the case of a missing Sheena was brought to the public eye.

Even when Indrani and her accomplices as well as Peter has been convicted of the murder, the speculation surrounding the entire case refuses to die down. The murder being kept under wraps for more than a couple of years, new emerging evidences and theories related to the high profile case, and twists and turns in the investigation leading to startling accusations and counter accusations all have conspired to make this murder one of the most sensational of recent times.

Surprisingly, the police had dismissed the body as unclaimed and had buried it down even without proper forensic examination. And even when the killing has always been suspected to be a case of honour killing, the relationship affecting Peter and Indrani’s financial dealings could also be a probable motive behind the cold blooded killing of the young girl.

In a bizarre case of a saviour becoming the victim, a 35 year old man from Uttar Pradesh was subjected to an acid attack. The Meerut resident was attacked with acid by his landlord’s son after Mishra had questioned the latter when he was misbehaving with women, passing lewd remarks on them.

On September 8 in 2011, the landlord’s son attacked Mishra with a bucket full of acid, after he had already threatened the victim. In an incident that reveals the appalling state of affairs in the country, Mishra being a male victim of a crime that is generally considered to be a women specific realm, could not even avail compensation for the same. That apart, even the accuser was out on bail after having been jailed for six months. Moreover, the attacker has even filed a counter case against the victim Mishra.

Another love affair got soured as 1999 witnessed the brutal murder of Shivani Bhatnagar, the principal correspondent with a leading national daily.  The then Inspector-General of Haryana Police, Ravi Kant Sharma emerged as the prime accused in the case that convicted the accused almost a decade after the crime. But in 2011, the high court acquitted Sharma.

In 1999, a 34 year old model Jessica Lal was shot dead by Manu Sharma, the son of former Haryana Congress leader Venod Sharma. Jessica was killed by Sharma after the former refused to serve liquor to the minister’s son
at the Tamarind Court restaurant owned by socialite Bina Ramani at Qutub Colonnade in south Delhi’s Mehrauli.

Sharma was handed life imprisonment in the case. However, he was acquitted for the murder by a trial court in February 2006. But widespread public outrage following the overturning of the punishment led to the case being opened once again. Finally in April 2010, the apex court upheld conviction and life term for Manu after numerous counter appeals were over ruled.

A star Indian badminton player Syed Modi died a death that was again indirectly the result of a romantic relationship. On July 28, 1988, the national badminton championship Modi was shot dead by unknown assailants when he was coming out from the K D Singh Babu Stadium in Lucknow.

As it emerged later in the investigation, though one Akhilesh Singh had commissioned the murder, but Modi’s wife Ameeta and an Uttar Pradesh Congress politician Sanjay Singh was also found to be involved in the murder.

Interestingly, Sanjay Singh was the man with whom Ameeta was allegedly having an affair as her relationship with husband Modi started going downhill due to the latter’s busy professional life.

Sanjay and Ameeta married a couple of years later after interventions by the Congress government made the case to subside down. Twenty one years later after the murder in broad daylight, sessions court shut the case down due to a lack of evidence.

In Sitapur district some 70 kms away from Lucknow, a man allegedly ‘gifted’ his daughter to his friends and gangraped her along with two others. On April 15, 2017, the 50 year old father of the girl raped his daughter with his two friends Maan Singh and Meraj and kept her confiscated till the next morning. When the girl revealed her ordeal to her mother, a panchayat was set up which sent the accused to jail. He was released on bail in February 2018.

Mumbai-based television executive Neeraj Grover was allegedly killed by his friend Maria Susairaj’s boyfriend Emile Jerome as he suspected an affair between the two. The body was chopped into pieces, stuffed into three bags and set ablaze in a forest by Jerome with the help of Maria.

However in the gruesome murder of 2008, both the accused had relatively lighter trials. Maria was sentenced to three years imprisonment while Jerome got 10 years in jail.

In another of the most petrifying of brutal killings, a young law student Priyadarshini Matto was found dead on January 23, 1996 in New Delhi.

A student of the Delhi University, Matto was allegedly killed after being raped by one Santosh Kumar Singh. Singh had been stalking and harassing the victim and even after repeated police reports filed against him by Mattoo managed to be at large.

Singh was the son of IPS officer JP Singh and was also a law student along with Mattoo. Investigations into the murder revealed that Santosh had raped Priyadarshini before strangulating her by wrapping an electric wire around her neck. Mattoo’s face was also smacked numerous times with a helmet to render it unrecognisable.

Though a case was registered against Singh soon after, a trial court judgement acquitted him of the murder. Finally in 2006, ten years after the murder, the Delhi High Court awarded death penalty to the murderer which was later commuted to life imprisonment.

The horrifying Tandoor murder case of 1995 is one of the most spine chilling killings that had sent waves of terror across the country. Yet another case of suspected infidelity saw the death of Naina Sahni, a former functionary of the Delhi unit of the Mahila Congress.

Naina’s husband and a former Delhi Pradesh Youth Congress president Sushil Sharma murdered his wife by shooting her. However, the most bhorrifying aspect of the killing was that Sushil then carried her body to the restaurant where he chopped it into small pieces and tried to burn it in the tandoor. Sushil allegedly was assisted by the restaurant manager Keshav Kumar.

As investigations suggested, the horrific July 1995 murder took place after Sharma had found Naina talking to her close friend Matloob Karim on the phone, while drinking alcohol.

Though the case was tried that year itself, but Sharma was awarded death penalty only in 2003. In 2013, a decade later after the judgement, the Supreme Court reduced the quantum of punishment by converting the death sentence to life imprisonment. 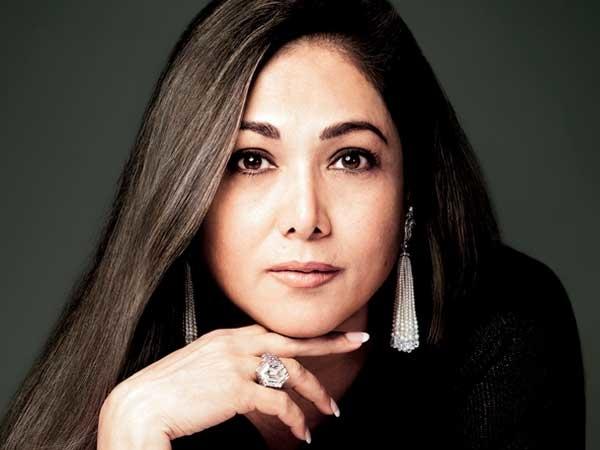 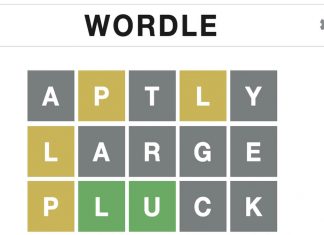