New Year’s is a rendezvous in celebrations no doubt but it also is as much aggravated a spin in the traditions through which the numerous turns of the calendar have spanned. From religious customs pledged in much solemnness to cultural practices flaunted anew upon every fresh start of the year, the dawn of the New Year is always an occasion in distinction.

The festive unfurling is a grand affair to anticipate, replete in its bevy of offerings of the food and the feasts and the drinks and the wines, anticipated in all excitement of the frenzy and flair of what stands for the celebratory, with midnight kisses and ball drops summing up in all universalness the personal significance that every new era heralds, even as partying and dancing and singing all occur simultaneously as eruption of the joy in that yearly homecoming. And from upon such arenas of dwelling have come to be many an iconic, indispensable elements of customary traditions and modern ideals that have prevailed as parameters themselves in essentially signifying every euphoric exaltation of the hopeful reality imbuing every enthusiastic chant of the Happy New Years.

Of such importance that the many number of customs have come to amass in their recurrence over the years, the one standout in its entirety as a fore of the celebrations not exclusive to telhe New Year revelries would have to manifest as the toasting ‘ritual’. Drinking and boozing might be the standard of modern day parties in their ‘happening’ mode resplendent in every possible vibe of the celebratory but that is still a tradition largely rooted in the phenomenon of what a calendar change inevitably sparks.

What however still maintains its specialness in this edition of being a New Year’s revelation is specifically the champagned sparkle of this delighted drinking. Of an origin somewhat traceable to the somewhat as well likely- or therefore equally unlikely progenitor of sorts Julius Caesar would be this tradition in toasting with the sparkling wines in general. Of course what Caesar would be celebrating in as his choice of booze would not identify as champagne indeed but the characteristics of that accord would assert still that singularity.

Quite similar in its taste and texture to the modern day measure of what champagne fizzes out as would be this antecedent of a time asserting as antiquity almost. The intention though of such toasting- which would not even occur in that identity for millennia hence, wasn’t exactly the kind of which we indulge in today. The New Year ruling has been omnipresent though but back then it was a customary requirement for the elites and wealthy to partake in as part of a religious beckoning in of the new year.

Those ceremonies of the church of yesteryears might have been rather significant in establishing not just the custom of toasting as being an essential New Year’s requirement but specifically as well the champagne connotation of it. In fact so ubiquitous would champagne prove to be as the ultimate celebratory staple that those not wanting to make alcohol a part of their party chooses instead to toast with some sparkling fruit juice that are often packaged in champagne style bottles.

Why just events though, even when they wouldn’t be essentially inviting of a whole new year altogether, champagne is the choice of ‘celebrating’ pretty much every happening. Of common prevalence would be the custom in christening a ship whereby a sacrificial bottle of that specific occurring of the wine is made to break over the bow. And yet, it would be this very fragileness in breaking that would have made the whole champagne drinking means in celebration unfurl as a sophisticated something.

The greater prospect that entailed in the form of a risk of the glass shattering would mean that champagnes would be largely regarded as an indulgence meant for the rich to deftly handle. And thus would overflow the very essence of what had characterised also the Caesaral genesis of the champagne arising as being restricted to the luxurious senses of the rich and the privileged.

Of course champagne was expensive as well which only strengthened the case for its sipping upon by those who could afford indeed to slurge on those sparkles. The case lightened though when New Year’s starting became less religious and more secular an occasion to celebrate. With such notions of the ‘reserved’ slipping away from the horizon, champagne also assumed for itself more ordinary a status even when it would continue to further indeed the spirit of the celebratory. Emerging hence to be more affordable and more universal would be this premier choice of what finds favour still in every event of exuberance of ushering in the newer numbers upon the calendar.

The evolution having thus manifested in finding champagne more comfortable a position in residing as far as the accessibility of it was concerned, this wouldn’t however make the drink lose its stature despite a greater commonplaceness. Harken back to the customary mode in christening ships with a bottle of this sparkling ‘offering’ and the essence of the religious would be permeating forever this flow of the quintessential celebratory feel derived out of its surprisingly tipsy potency.

What would facilitate though champagne’s identity to bubble up in an assertion of as much mass appeal as the extent of its special status hadn’t been only of accessibility. It would be availed also out of the convenience curated to characterise its being, as very much a marketing ploy. Bottled inside thicker glass materials and secured with corks, the champagne offering in its classic style mattered quite a lot in making it emerge as the customary pick in raising specifically the most ‘popping’ of all toasts- the New Year toast indeed.

And so has reverberated the clink of glasses all around the world in affirming a rousing reception to every new year most particularly- and resonating as well in that sense with all and sundry in the spirit of it as well, even when definite indulgence in this ritual of a greater celebratory character might not find enthusiastic expression everywhere. That is more than fine indeed for in its acceptance even outside a wholehearted embrace, the champagned curation of ceremonies and festivities however grand or solemn harbours still in that sparkling effervescence a many number of hopes and aspirations that which perhaps is all the standard for life to sail through in happy observance of every new year and any commemorative whatever.

In honoring therefore so many possibilities- of health and happiness and hope, of people and events and happenings, or of continuing traditions and customs and rituals themselves, this whole global rendition of the New Year’s cheer through some sips upon a glass of champagne is not just wonderful but also quite a mindful way in welcoming what dwells upon the imminent horizon. Champagne also is more than deserving the toast of choice as a ‘specialty’ since in its not so intentional but ingrained still essence in being is imbibed a very significant strand of what should assert as life teachings to hold in regard.

That champagne saw its sparkles emerge out as accident and assigned a disrepute thus in its faults makes for a very classic case in eternal consideration of the entire human existence. In morphing from a flaw to an assertion in the finer things of life and coming to signify even the promise and prospect of fresh beginnings and newer becomings, champagne is but perfectly embodying of the very life cycle itself. Serving in its fizz not just sparkles but delivering also teachings and disseminating lessons, this choice in celebrating effectively wounds up thus the reflections and realisations of what should occur in composite such roundups of an entire discrete count in living.

Such profoundness of thought might not be as essentially attributed to the New Year’s toast in due consideration of all exclusivities. But that does not make the tradition lose out on any ounce of significance. In fact far from it and striking as a case in ‘greater significance’ as well is the wide anticipation in celebrating all things new with intoxication inciting from the side- whether of a specific champagne identity or of boozier or correspondingly less boozier choices and what every avenue of the celebratory leads to would be a definite dimension in drunkenness.

With New Year’s repetitively taking the cake- another quintessential midnight ‘craving’ climaxing at every immense buildup to January 1, in terms of being one of the booziest times of the year- backed up by its falling indeed conveniently in place within the span of the festive season, our champagne affinities does not even need to dwell in a certain consciousness to emerge as definite. This leads the world as well to claim a heady headstart into the incoming year- only that the premise of such illusion happens, not so happeningly to be experienced as headthrob instead. The optimal measure of happiness then would lie in not getting a bit too carried away perhaps by the glowing pour of the champagne and to relish it as a recipe concocted in prescribed precision of its pleasantness. To those who have mastered their technique in pouring the right amount of this celebratory essential to pore over in indulgence, here’s wishing a very Happy New Year. 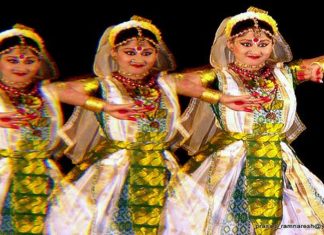 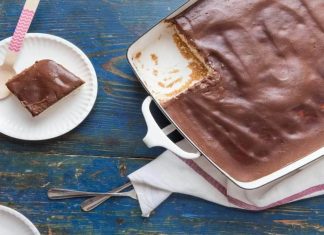 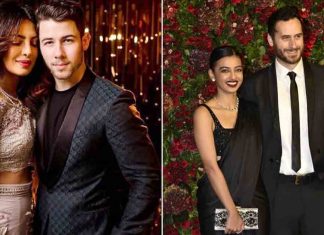