INNFINITY
Home Limitless #CheerUpCharlie becomes a rage after celebrities raise their voice against a bullying...

All is certainly not right with the world but hey, on the brighter side, all is certainly not wrong either! A little boy named Charlie discovered this the best way possible as he found himself at the center of a campaign of social networking site Twitter. As #CheerUpCharlie trended among Twitterati, the adorable kid did indeed cheer up, but not after he had sought to be undone by a mass of inadequately insensitive bullies.

Twitter was flooded with support for Charlie after his teacher and theater actor Jacqueline Hughes shared the traumatic experience endured by the child. Apparently, Charlie is a huge lover of musical theaters and his very passion for music and the arts had led him to be bullied. As six guys beat up and called out the kid as “gay, fat and stupid”, Charlie was left “curled up and crying”. Hughes took to Twitter urging her fellow industry friends to take out some time and respond to her call of cheering up a distraught Charlie.

Hughes however did not expect the massive outpouring of love that came in from London’s West End stage actors via Twitter and other social media sites Facebook and Instagram. Musicals like Aladdin, Hamilton, Wicked, Mama Mia, Book of Mormon, Come from Away, The Lion King, Kinky Boots and Everybody’s Talking About Jamie all had cast members sending videos to Charlie urging him to cheer up.

#CheerUpCharlie ! I welcome him at my next @ProFromTheShows workshop 🎭 Please let his parents know and ask them to get in touch. We’re all thinking about him at @JamieMusical today – this ones for him! 💙 pic.twitter.com/TzOYOuK9BU

A message from a few members of the Lion King. #cheerupcharlie #doyou #riseup pic.twitter.com/P3Wq1oQP3D

We love you Charlie 👊🏽 pic.twitter.com/d4kl5oBAHj

Hi Charlie!
Glinda and Elphaba just wanted to let you know that you’re absolutely WONDERFUL and we all love you! Stay strong and keep defying gravity! 💚✨ pic.twitter.com/Xk7ClC9ULr

Charlie, @JamWestman and the rest of the #HamiltonLDN cast have a message for you… Remember: Eyes up, Wise up, Rise UP! pic.twitter.com/ywetf3eO7p

Charlie, the @bookofmormonuk cast are thinking of you today! Stay strong, you’re part of the most wonderful community in the world! Xxxx pic.twitter.com/7mgaTSQws1

Hey Charlie!!! Sending you SO SO SO much love and support from the cast of @BeMoreChill on Broadway!! 💖 #BeMoreYou!!!! #CheerUpCharlie

Charlie! 🤗 Sending you love from everyone here at Come From Away! 💙💛 pic.twitter.com/Bpcy1Cr5LT

Needless to say, Hughes and her student was overwhelmed with joy and the boy did indeed cheer up. And how! Hughes shared another post on Twitter where both teacher and pupil is seen to be in full spirits, dancing, singing and smiling their way to deserved glory! 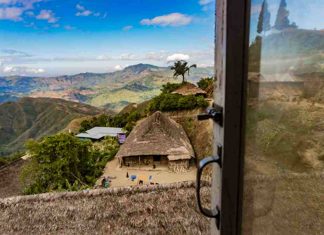