All work and no play sure makes Jack a dully boy. And specifically in the realm of such games that do not rely on physical agility at all, it indeed is not work but play rather that can be a better bet in making sharp minds out of unheralded talents.

Among such sports that confine itself exclusively to the limitless expanse of the mind is the game of chess. Throughout time, this ancient sport that have had its origins in India have produced such brilliant players courtesy its innate drawing of mind faculties that have strived to establish itself as perhaps the most ‘demanding’ of games ever. Carefully thought out moves combined with such tactics that totally checkmates the opponent, chess is one sport that has presented the world with not just terrific players but also some of the most genius minds.

One such player of tremendous aptitude and terrific mindedness who managed to keep his audience hooked to his every next move has been the Russian grandmaster Garry Kasparov. Widely considered to be the greatest chess player of all time, he’s a man whose exceptional mind skills translate also to his repertoire of other fluencies that has made him as popular an author, a human rights activist as well as a politician. A child prodigy of the game that earned him acclaim and fame later, Kasparov went on to become the No. 1 rated player in the world for the longest time ever. That, compounded with a slew of titles and recognitions that established his dominance over the chess dominion makes Kasparov indeed the greatest player the world has ever seen.

Kasparov’s record however does not encompass just the exclusivities of being the youngest ever or the first ever in the world of chess. As also the player with the most consecutive professional tournament victories and Chess Oscars, he has been a force phenomenal throughout his career, even retiring from professional chess in 2005 as still the world’s highest rated player.

A World Junior Chess Champion at 18 and a Grandmaster a year later, Kasparov’s phenomenal exploits pawning across the checks of the chess board had been a mere glimpse into how this unheralded youngster was about to completely change the fortunes of the game over time. The youngest ever undisputed World Chess Champion in 1985 at age 22 further cemented his status as the next big thing in chess. A year earlier however, Garry had already announced his arrival in the international scene by claiming the position of the No. 1 ranked player. At also being the youngest ever World No 1 and maintaining that stronghold for a long 12 years, Kasparov almost already established himself as the greatest the world had ever seen.

It perhaps is also apt that a player so rooted in his legacy have had as much of a historical match as his first World Championship duel to register his name in history. The 1984 World Championship saw Kasparov lock heads with the decade old, official world championship Anatoly Karpov. In the entire history of the prestigious tournament, this has been the one and only match to have been abandoned without result vide a ruling by the President of the Fédération Internationale des Échecs (FIDE), straining considerably Kasparov’s ties with the governing body. The rivalry however was resumed the following year, with Garry establishing his rising superiority with a claim to the title that saw him win a match as black, one that has been recognized as one of the all-time masterpieces in chess history.

But even in harbouring the greatest of chess rivalries against fellow Russian Karpov, Garry’s rivalry with Viswanathan Anand, another legend of the game, has been no less remarkable. As someone who embarked on a giant killing spree, defeated the two ‘formidable Ks’ Kasparov and Karpov in the same event in 1991, Anand obviously is no less one of the greats of the game himself. In the span of the rivalry that unfolded over the course of the next 14 years though, it was Kasparov who emerged as the clear winner with a total of 15 wins in the classical format and 10 in the rapid format against Anand’s 3 and 5 wins respectively. Nevertheless, this extent of sporting competitiveness with Anand only went on to be a defining characteristic of Garry Kasparov’s career, as did much of his other rivalries and also the feud with FIDE.

Kasparov’s dealings with the game of chess stemmed beyond mere professional rivalries and unprecedented exploits across the realm of the sport. He also came up with a new form of chess named advanced chess that pits opponents against each other whole allowing for the convenience of gauging next moves through computers. This, after he had earned the dubious distinction of being the first ever reigning world champion to lose a match to a computer, when the IBM supercomputer Deep Blue defeated him in a highly publicized match in 1997. As someone so deeply ingrained in making tech as much a part of ever aspect of life in every way possible, Kasparov also made sure his emphasis on tech translates also into his many trysts with writing.

A prolific writer himself, having authored a host of books that range from a series of chess writings to autobiographies to political compilations to even drawing parallels between the tactics of chess with the finer nuances of business, Kasparov has hardly been a man limited by the faculties. In even his political leanings, he refused to conform to the dictums of a land that has long seen the rule of a continuing President in Valdimir Putin.

A staunch opposer of Putin, the chess master took to politics after retiring from his sport. With an aim to restoring democracy in Russia, Kasparov created the United Civil Front while also being instrumental in setting up The Other Russia, a coalition which opposes Putin’s government. He even entered the Russian presidential race in 2007 but had to withdraw his presidential candidacy owing to non fulfillment of the eligibility criteria. Kasparov then went on to voice his dissent against Putin as a key organizer of the online anti-Putin campaign “Putin must go” that even saw him face assault and arrest.

Expanding beyond such pursuits that catered to his personal or nationalistic gain, Kasparov has also been an active humanitarian or a human rights activist, as he likes to call himself. The current Chairman of the Human Rights Foundation and chairing its International Council, the prominent chess player yet again has found means to employ technologies and digital innovations in uniting against tyranny through the organisation. A strong advocate of human rights, it indeed is a testament of Kasparov’s greatness beyond the boundaries of his profession that led him to sell his world champion’s gold crown to support Armenian refugees from Baku.

In recognition of his many efforts and attempts at ushering in such holistic measures that call for respect of individual rights, Kasparov has been the recipient of a number of prestigious awards. From receiving the Flame award from the Center for Security Policy in 1991 to being presented with the Morris B. Abram Human Rights Award, UN Watch’s annual human-rights prize, in 2013, Kasparov’s legacy has spanned more than just the mental agility his sport of choice exerts out of him.

Infinity War gears up for a mega sequel 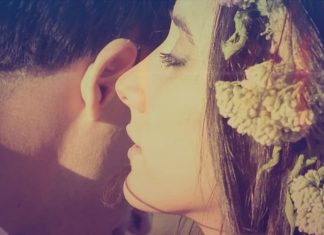 All that it takes to keep a secret 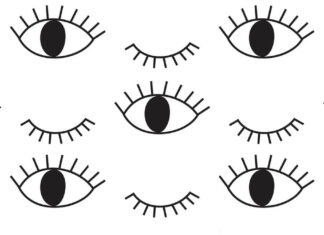 Benefits and basis of what blink through the eyes