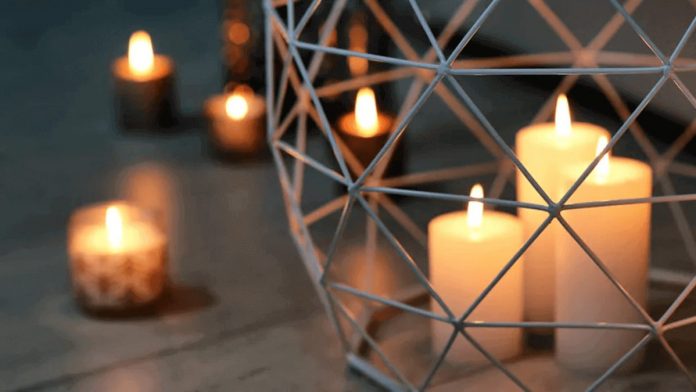 Today reduced to being just a means of celebratory applause, even in their humble essence, candles occupy a place of weirdly unimportant importance. We go all out with them on every special occasion ever- planting them aplenty on birthday cakes, relying on their mystical glow to drive love into our lives through those dreamy date nights, celebrating our favorite festivals Diwali and Christmas by lighting them up in hundreds, paying homage to the departed through them as a solemn mark of remembrance and yet candles do no come to covet attention in the ordinary world. Gone are the times when candles used to be the saviour during those long, unrelenting summer nights when powercuts were the order of the day. The famed adages of burning the candle at both ends do not anymore speak a tale of toil and studying by the candle light, fanning with one hand and swatting pesky mosquitoes with the other, is only a realisation reserved for the 90’s kids, by the latest. And yet, despite their non- importance, for fairy lights can conjure up a date equally romantic as a candlelight dinner would and so could these tiny twinkles of prettiness make our Diwalis and celebrations all the more beautiful, candles still have managed not to die down in all their enticing charm.

Candles and the associated traditions of them, like most other things of modern convenience- even when the subject of our concern isn’t particularly a necessity of the convenient modern way of life, have their history rooted in ancientry. Attributable to the early Romans, dipped candles made of tallow have been around since at least the 500 BC, even as the ancient Greeks as well as the Egyptians too have been documented in making use of them. The Romans likely preceded them all though, developing wicked candles by dipping rolled papyrus repeatedly in melted tallow or beeswax. China too has been one of the regions where candles has been in use since old times with candles made of whale fat originating there sometime around 200 BC. Another Chinese version of beeswax candles existed that were molded in paper tubes, using rolled rice paper for the wick, and wax from an indigenous insect that was combined with seeds. Japanese candles made use of a wax extracted from tree nuts while plant based candles were prevalent in India as well, where it was the fruit of the cinnamon tree that was boiled to make candles for use in temples. Tibetan candles on the other hand made use of yak butter to ensure that the light shines bright all throughout.

No any modern is the association of candles with religion and religious events. Candles were used by the early Greeks to honour the goddess Artemis on her birthday, perhaps a tradition wherefrom emerges the modern notion of putting candles on birthday cakes, and so were they used in Rome, as Saturnalia gifts. More exclusively, the Jewish Festival of Lights or Hanukkah that is primarily observed by lighting candles has been known to be celebrated since at least the 165 B.C. Biblical references also point to the use of candles in religious ceremonies and Christianity in particular is known for its elaborate lighting of candles in churches, serving purposes aesthetic as well as spiritual, being a symbol that represents the light of Christ.

So ingrained is the symbol of candles within the notion of religion that there exists special types of candles meant exclusively for religious purposes. The most common of them would be the altar candle that are set on or near altars at various religious ceremonies. Prayer candles, also called votive candles, are another commonly encountered types, particularly in Christianity where these small, typically white or beeswax yellow candles signify the “prayers the worshipper is offering for him or herself, or for other people”. Christians also resort to what is understood as ‘offering a candle’ where candles are lit during prayers as a symbol of the worshiper offering himself or herself to God. The Paschal candle is another form through which the candle emphasises its status within the realm of Christianity. Also called the Easter candle or the Christ candle, with different symbols embedded in it, this is a big, white candle used in liturgies in Western Christianity. A new Paschal candle is blessed and lit every year at Easter and is used then throughout the year for all special occasions, from baptisms to funerals. Another candle very commonly encountered within the Christian faith is the Advent candle that is mostly used in homes to show the passing of the days from the period of Advent leading up to Christmas. A related tradition is what is known as the Christingle, originating in Germany that sees a candle pushed into the center of an orange, and then lit up, representing Jesus Christ as the Light of The World.

Outside Christianity, candles are of particular importance to Jews as the mention of the Hanukkah already has stated. In Judaism, a pair of Shabbat candles are lit every Friday evening before sunset, in very traditional manners, in the lead up to usher in the Jewish Sabbath. A Yahrtzeit candle is a memorial candle lit on the anniversary of the death of a loved one, with one particular candle capable of burning for 24 hours. So do memorial candles burn during the week-long mourning period for first-degree relatives, an observance known as ‘sitting Shiva’. But nowhere as popular is the phenomena of burning candles in Judaism as what is adhered to during the eight day holiday of the Festival of Lights, where the lighting of a special Hanukkiyah, that is the nine branched candelabrum, commemorates the rededication of the Temple in Jerusalem. The eight candles are lit one on each day by a special ninth candle called the ‘shammash’ or the servant candle.

The use of the candle extends also to the annual celebration in the African- American culture. Known as Kwanzaa, the celebration sees seven candlesticks lit in a seven branched candleholder called the kinara signifying the seven principles of the observance. The old Irish holiday of Imbolc, or St. Brigid’s Day, that which is basically a spring celebration also sees the lighting of candles and fires as a mark of the return of warmth and the increasing power of the Sun in the months to follow. Returning to the realms of candles within Christianity, we find celebrations of St. Lucy’s Day as a Festival of Light where candles come to dominate the proceedings, most prominently in the Nordic countries, in a fashion symbolic of the associated history. Within Buddhism, it is the Ubon Ratchathani Candle Festival, where an elaborate parading of candles, each representing a temple in their gigantic size, marks this traditional celebration in Thailand. Carved a few days before the procession and specially for that purpose, the candles are never burned though, making for a religious celebration in candles that indeed is different from all others, encountered anywhere in the world.

Like their common diversity in the world of religion, candles are as widely interpreted in their commonly uncommon functionalities in the modern world. For one, the candle wax can be of different types. While tallow based candles were one of the earliest to have come into use, they began to lose favour gradually due to the foul odour they emitted. That however could not stop them from being the common household candle across all of Europe even as candle making became a guild craft in England and France by the 13th century, with chandlers going from house to house making candles from the fats accumulated from every kitchen. Some time later, beeswax emerged to be the favoured substance for candle production as it burned pure and cleanly, without producing a smoky flame and replacing the foul odor of the tallow with a rather pleasant sweet smell. Though an excellent substitute for tallow, the expensive status of beeswax meant that it could not grow to be commonplace. Soon thereafter, another possible substitute emerged, this time courtesy the Americans. By boiling the grayish green bayberries, a sweet smelling, clean burning wax was produced. But because of the tedious extent of the process, even bayberry candles could not find popularity.

The growth of the whaling industry in the 18th century made spermaceti the substance of choice as candle wax, going on to give rise to the first standard candles made out of them. Plan based alternatives also saw an expansion some years later with Colza oil, derived from Brassica campestris, and a similar oil derived from rapeseed used to make candles devoid of the unpleasant odor and the hazardous smoke. But the epochal moment in candle making dawned when paraffin wax began to be used to make inexpensive candles of high quality. Starting with 1848, paraffin wax candles and those made of stearin were the most common choices throughout the nineteenth century.

The following centuries saw a decline in the demand for candles for primary use, evolving to be rather items of decoration. Newer waxes and wax blends were introduced into the picture around this time, to ensure cost effectiveness as well as performance efficiency. What emerged therefore was soy, palm and flax-seed oil based wax candles as well as liquid wax candles made with various oils such as mineral or paraffin oil as efficient modern day alternatives. Even candle wicks underwent change over the years to rest today in varying forms like cotton and paper core wicks, wood wicks and metal cored ones.

Today available across a range of such variations, candles have also come to be classified differently as per their purpose. Be it specifically made candles for birthdays that are designed not to drip, water specific floating candles that find expression in the Thai Buddhist celebration of Lai Krathong, exotic candle pots that very often decorate Christmas trees or the exquisitely pretty tea candles that serve also purpose as teapot warmers or food warmers in general while being as purposeful in their aesthetics, candles have not lost any of their importance, morphing rather to manifest through different means and mechanism of their usage.

Also garnering popularity through means more scientific and that which caters more to the idea of mindfulness over either aesthetics or meaningfulness, candles have also been explored as endowing of benefits on the human mind. The low, soothing light of candles no doubt imparts a certain magic to the surrounding ambiance but it also has as magical an effect in calming us down. In helping us ease up and relax through the vibe of it, as well as affecting us positively enough to help maintain natural sleep rhythms, a simple evening of candlelight indulgence is no less than food for the soul. Scented candles amp up these benefits even further by improving mood and stimulating memory associated with particular scents while a romantic dinner by a candlelight has us feeling good not just in the glow of love but also in a more enriching experience of the food. Most significantly, as a personal ritual that you commit yourself to, to rest in some peace and positivity, lighting candles fosters a realisation of self love and a reflection into your inner soul, lighting up therefore your life in the truly magical nature of it. 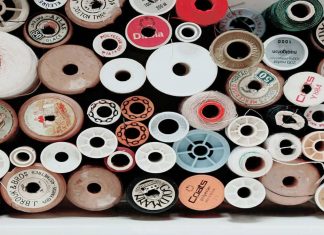